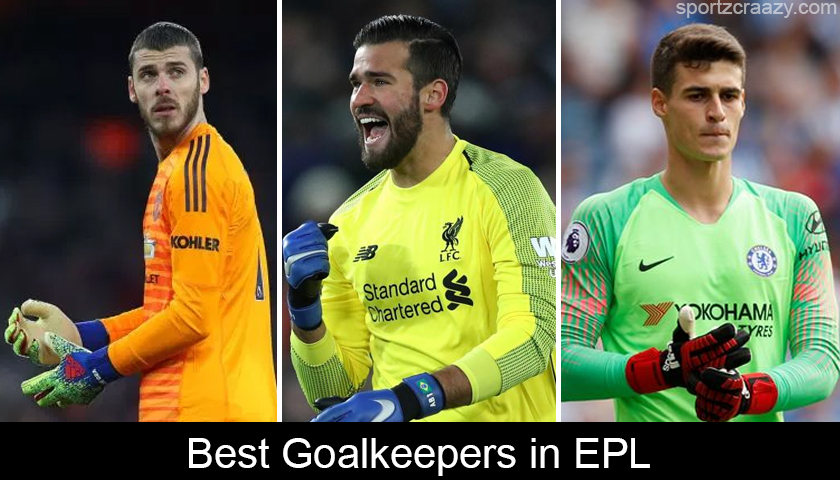 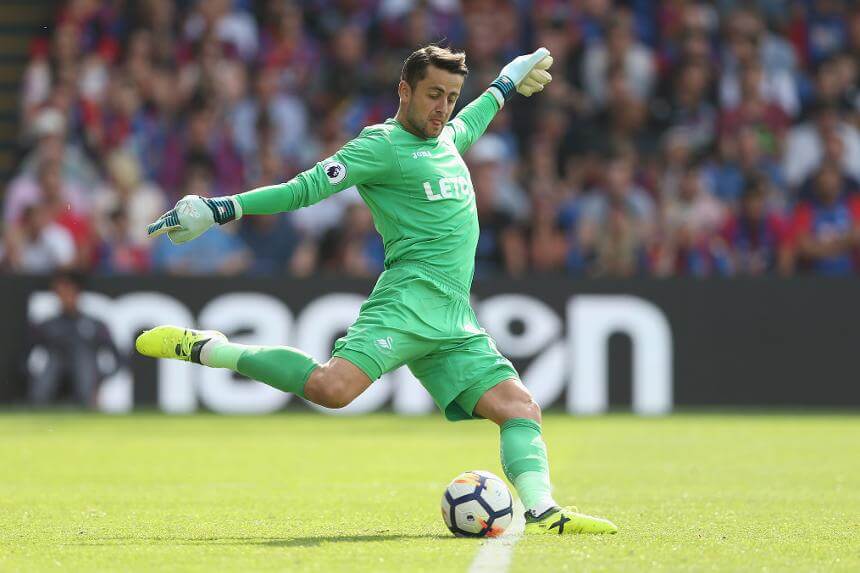 Fabianski did the feature for the Swansea team in the 2017 season and whilst the team really struggled all along with their form against the rest of the teams, it was due to him only that they saved some pride in the process. He has made some of the most brilliants saves against some of the biggest team in the most crucial matches and that certainly confirms his greatness in front of the goal post.

On the other side, West ham united did play very smartly when they acquired this former Arsenal man from Swansea and this can be seen with their improved performances recently against some of the best names in the world of football. 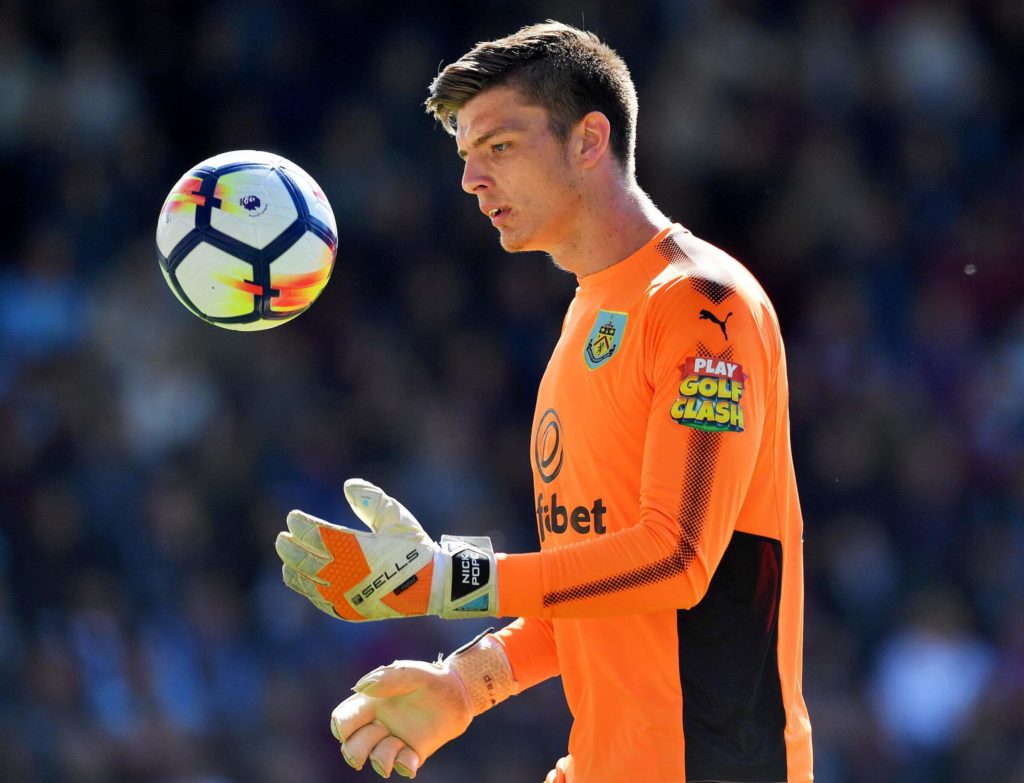 No one really knew Nick Pope whilst he was playing in the third team of the EPL side but it was just a matter of moments that this brilliant goalkeeper made his ways to the first team after some of their front man went down to a list of injuries. Nick Pope has never looked back in his career and went on to feature for not only his club, but the national team in most of the crucial games. Talking about his performance for the EPL club, he can be termed as the one survivor amidst the poor form shown by the Burnley side in some of their recent matches. 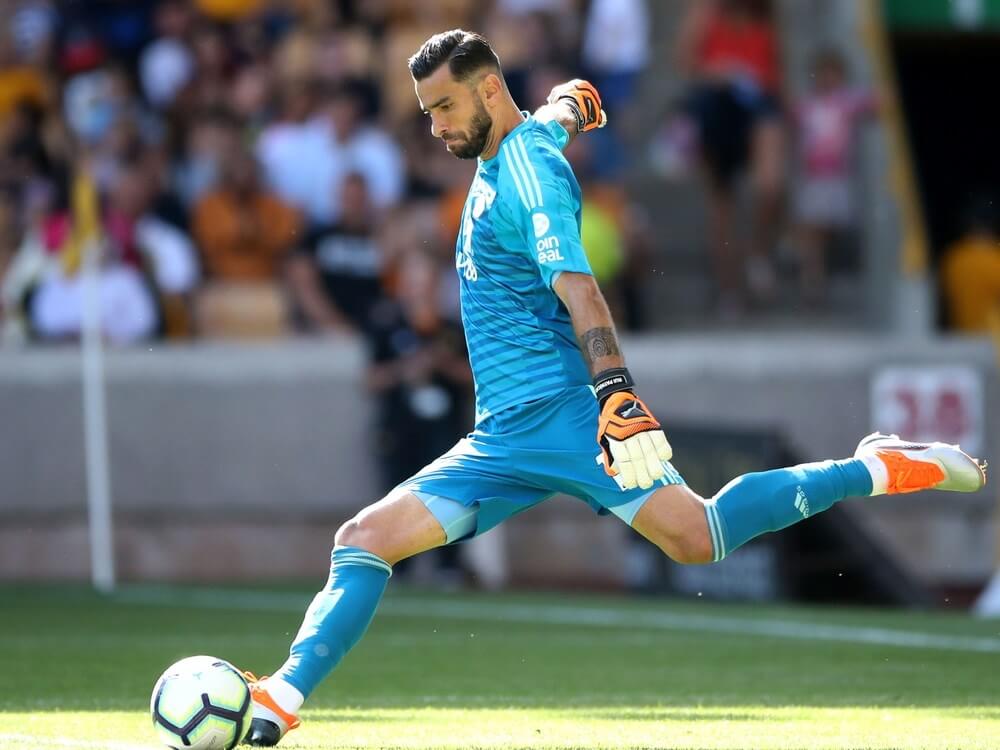 Rui Patrician is not only a perfect find for the Wolves, but also emerged out as one of the best goalkeepers of the current era. Moreover, he was not that interested in coming to England earlier and the wolves must thank Jorge Mendes in order to lure him to the English Premier League with all his convincing powers. He has settled down quite brilliantly into the English football culture and check around his multilingual skills quite perfectly whilst communicating with his teammates in the process of guarding the goal post. 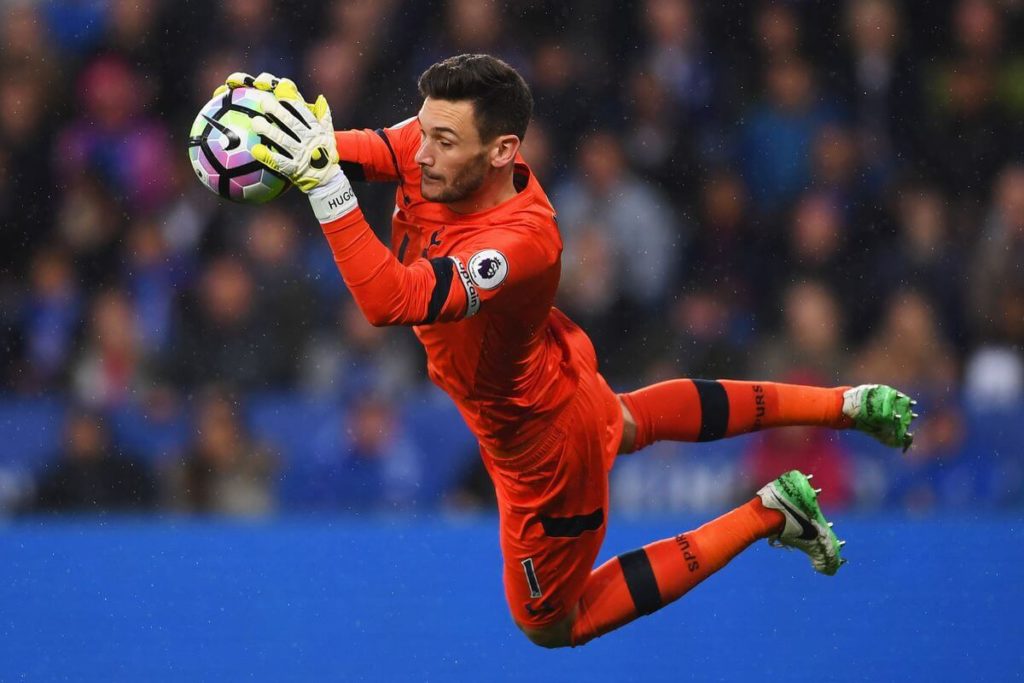 Lloris didn’t have a great season altogether for his club in the last season and made some silly mistakes in front of the goals which cost his club some big matches. Well that’s a past thing for him as he made a splendid comeback for his national team France whilst captaining them to w world cup glory and also made some brilliant saves afterward for the Spurs in the process as well. Still it’s his disciplinary issues which have proven to be a headache for the Spurs as he recently was busted in a drink and driving case by the UK police. 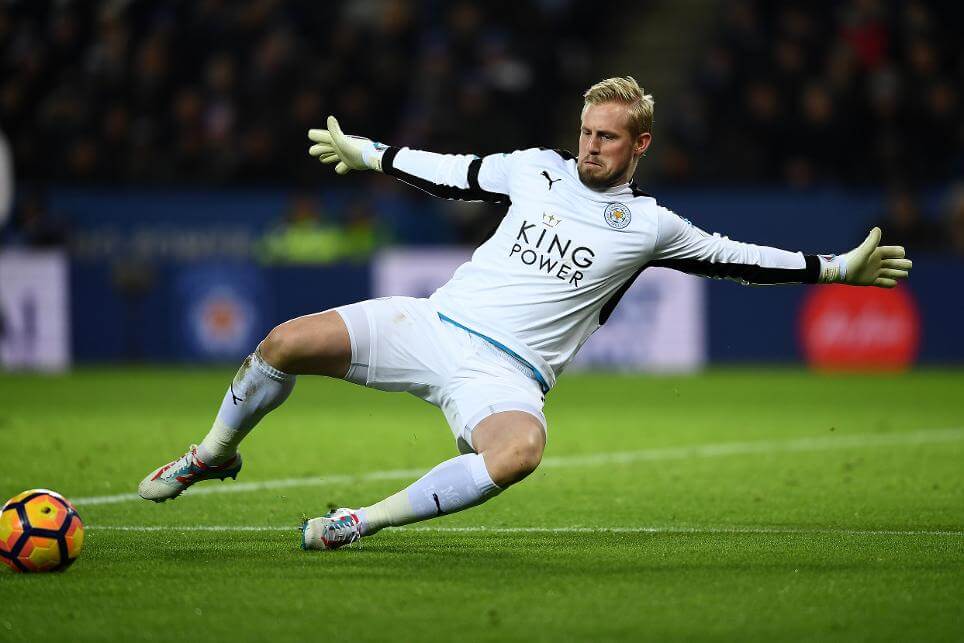 Not many people know that Kasper is the son of former Manchester United legend goalkeeper Peter Schmeichel and he is certainly carrying the same legacy forward in terms of his goalkeeping skills whilst making his team secured an unbelievable EPL title victory in the 2015 season. Moreover, it was mostly due to his brilliance in front of the goal post, that Denmark reached the last 16 of the World cup in Russia recently. We can certainly quote his brilliance as “like Father, Like son”.! 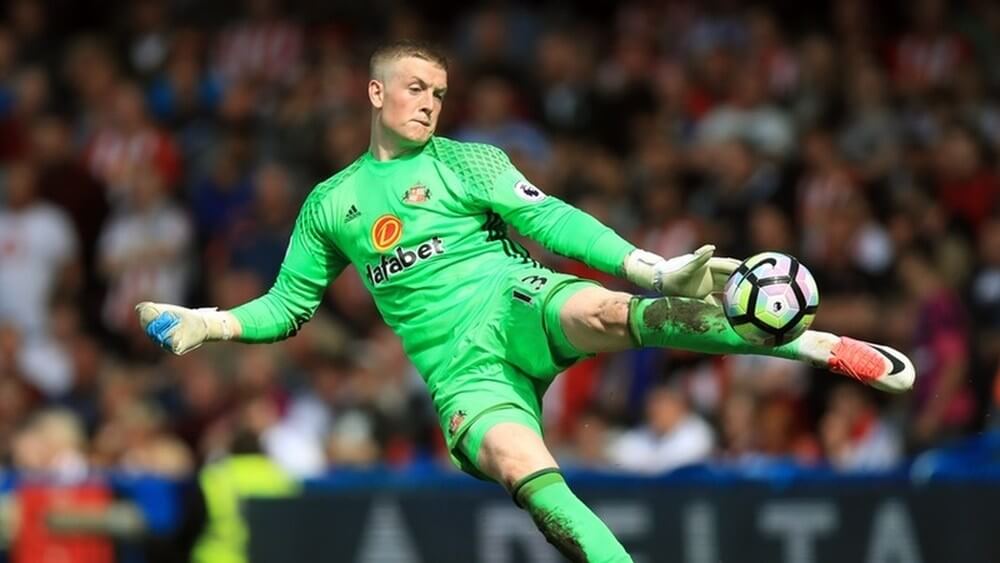 Everyone did question Everton spending around 30 million pounds for an average goalkeeper like Pickford but after witnessing his brilliance in the recently concluded world cup, even his critics have got all praises for this 24 years old goalkeeper. Within such a young age, he has shown some great signs of being a brilliant goalkeeper with all the agility, flexibility and reflexes required for the responsibility onboard. After looking at his recent performances, we can surely say that he is rightly prepared to become one of the best goalkeepers in the world around in the coming times. 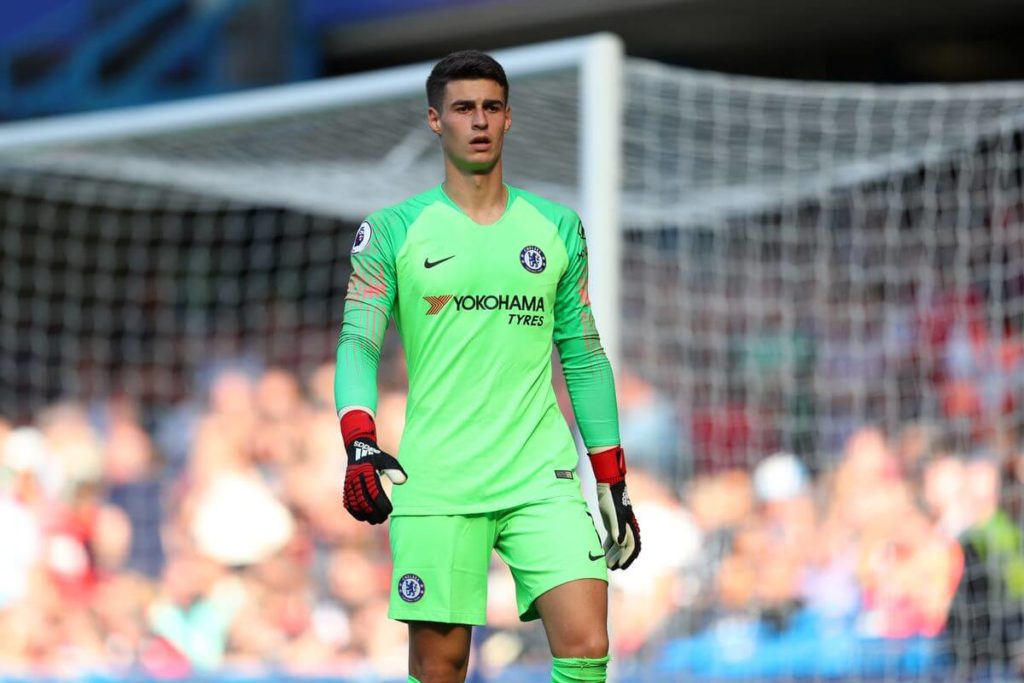 Priced at 72 million pounds for a transfer, Kepa can certainly be quoted as the most expensive goalkeeper in the world and although he did come in the limelight for not acknowledging the instructions forwarded to him by his coach Maurizio Sari during a match recently, we can surely quote him a world class goalkeeper all along.

From brilliants reflexes to great determination and focus, this Spaniard holds every quality and skills to become a big wall of threat for any line of forwards in the world around. 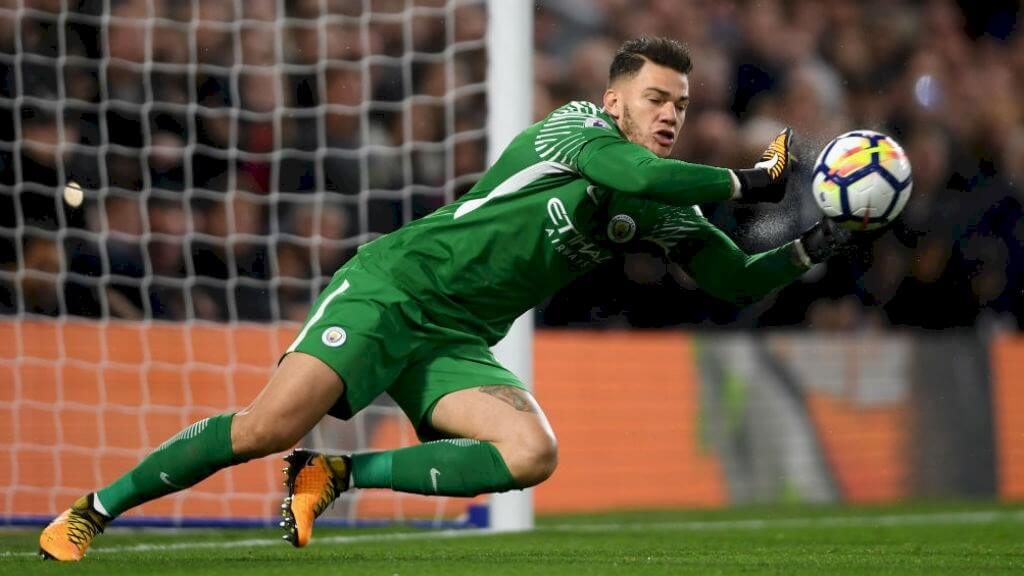 Ederson was one of the biggest reasons of City’s undisputed glory in the EPL and whilst he was the main man behind their 100 point record victory in the 2018 season, he made some brilliant saves in some of the most crucial matches or his team in the process. Whilst playing a big role for his national team Brazil, Ederson is mostly known for his mid air saves, clean pickups, accurate passes and unmatchable reflexes in front of the goal. It was mainly due to him that city went on to maintain a huge gap of goal differences as compared to other team in the premier league last year. Even this time around, he is simply unstoppable for his team with all the perfection in front of the goal. 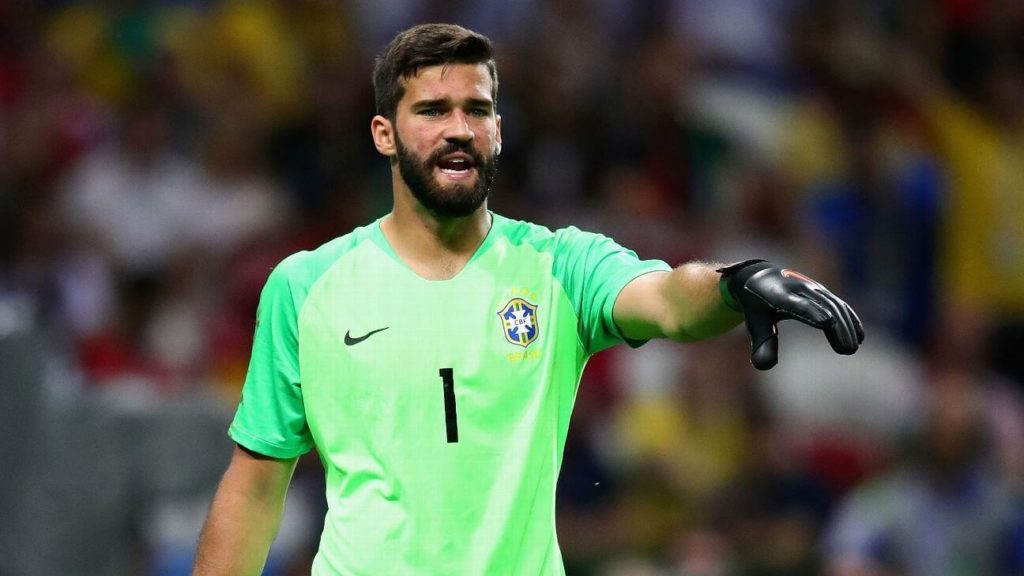 Allison is certainly one of the top picks for the Liverpool side these years and whilst he stood as the most expensive goalkeeper until Kepa at Chelsea took him over, he has simply justified every single penny spent on him by the Liverpool board. Not only he has acted as a big shield in front of the goal for his team in the past few months, but also became one of the biggest reasons for their overwhelming success in the European football in recent times. If we have to name one player who can unarguably be quoted as the best goalkeeper in the EPL, It has to be David De Gea from Manchester United., Famous by the name “Dave-saves” or the “Superman”, David has made his own place in the hearts of the millions of football fans with some great display of goalkeeping for his team in the past few years. This could be the reason why he is so badly chased by Real Madrid an even after numerous attempts to sign him, they have not been able to catch him out of the grasp of United.