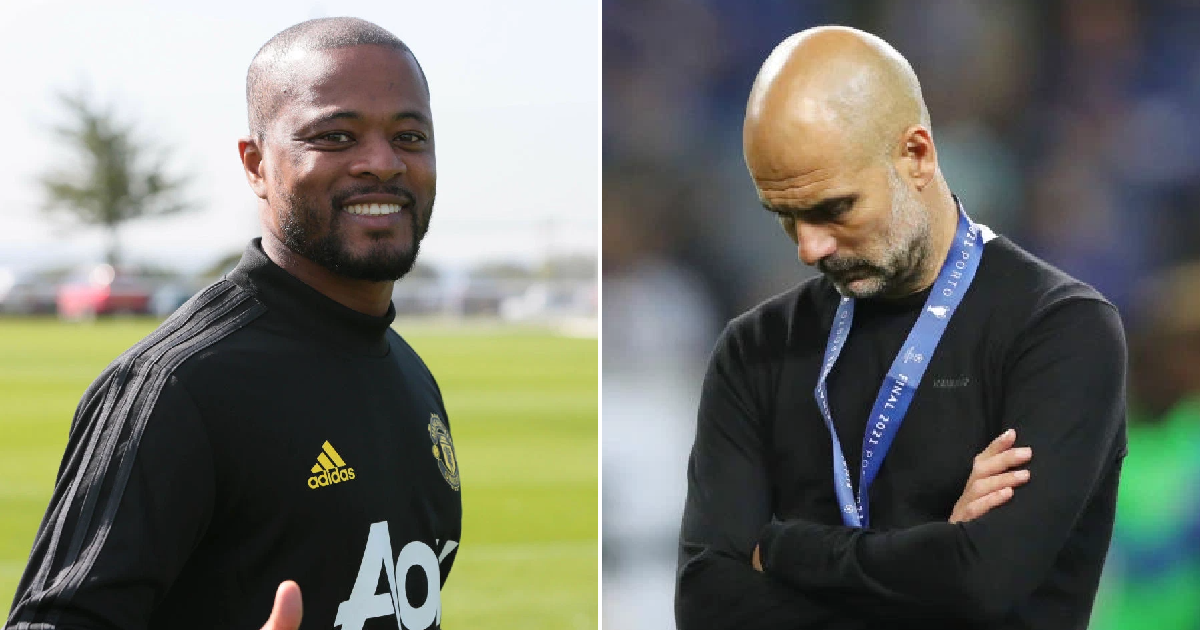 The game of football is unpredictable and yet it was proven right when Manchester City was beaten by Real Madrid in the last minute of the final whistle.

Many football critics have raised a question about Pep Guardiola’s game tactic as they failed to win the Champions League trophy.

Evra took an aim at Manchester City manager this week, saying Pep Guardiola doesn’t want to sign veteran players who can guide the team in the big tournaments like the Champions League and also mentioned the only reason why football players join the club is “MONEY”

In the recent interview by Marca, Patrice Evra said Pep’s wants to control his team, and results in a lack of leaders in the current squad

“He doesn’t want personality. He’s the leader. That’s why when they’re in trouble they don’t want to. They don’t have anyone on the pitch to help them.

“He chooses his teams like that, he can’t train people with personality. He did it at Barcelona, but he builds his team to control everyone. When things go wrong, he always decides.’

“City have made a mistake, it’s the truth. They are traumatised. They remind me of PSG: they are clubs based on money.