The small island country in the Indian Ocean is known for many things all across the world. The vibrant culture of Sri Lanka has made the country one of the much sought after tourist destination. The people there are indulgent in various cultural practices ranging from art to a culinary exercise. Within the whole gamut of a tradition of Sri Lanka, the sports happen to play a significant role in enriching the culture of the island, and somehow cricket has emerged as the most popular sport in Sri Lanka. 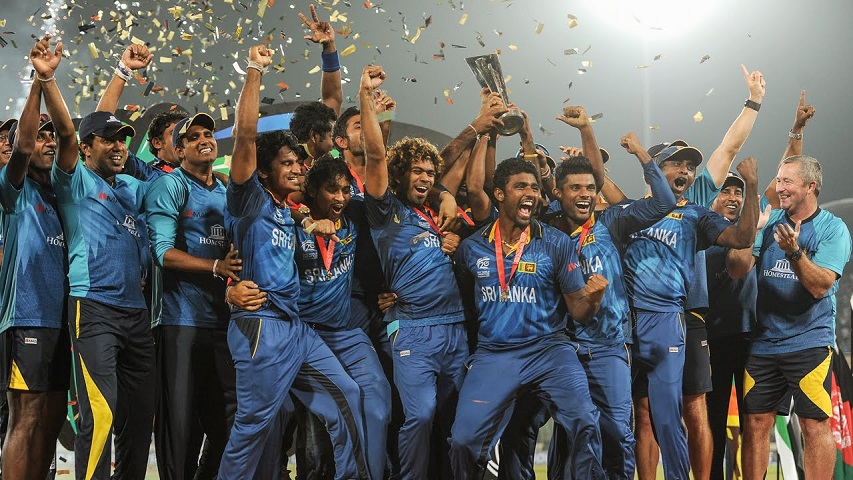 Sri Lanka has an International cricket team known as The Sri Lanka Cricket Team, nicknamed as The Lions. The team has achieved immense success after a hard battle throughout the 1990s. Now it is a full-time member of the International Cricket Council (ICC) with the status of Test, One Day International (ODI) and T20 International. 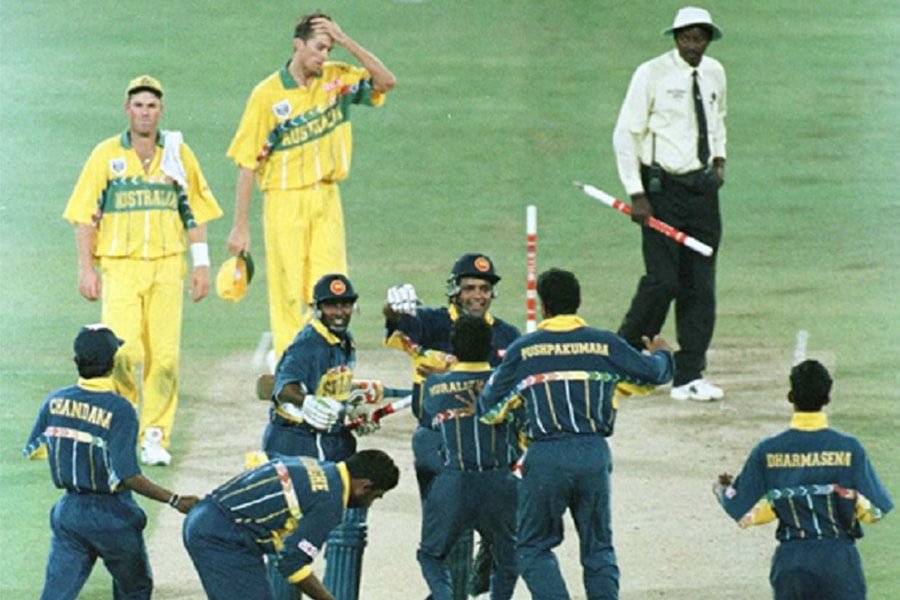 Sri Lanka was still Ceylon when cricket made its first appearance in the land. The introduction was part of the British colonial legacy, and we witness a massive interest in the game by the natives as well. Mentions of the game being played for the first time was in the 1880s, and the first recorded match was played in 1882. The earliest report on the set of cricket in the Colombo Journal,5th September 1832, called for the formation of a cricket club. This can be seen as an initiation of the Sri Lankan Cricket team. The Colombo Cricket Club was established in 1882 only and matches began to be played since November in the same year. The foundation of the Ceylon Cricket Association contributed a lot to the promotion of the game in Sri Lanka.

The Ceylon National Cricket Team played its first-class match in the 1920s. The game was against Marylebone Cricket Club, played at Nomads ground in Victoria Park, Colombo (1926-27).The team lost by an innings. It is at this time as well; it played its first international matches; in 1926 it played against Australia facing a defeat, and in 1927 it was a part of a draw match with New Zealand. It tasted its first win in 1932-33 game against the Patiala at the Dhruve Pandove Stadium. From the 1930s, the teams of Ceylon began touring abroad, mostly in India, for games. The first time the India National Cricket Team visited Ceylon was in 1945. They played the game at Paikiasothy Saravanamuttu Stadium in Colombo, but due to the interference of bad weather, the game was declared drawn.

The team performed several matches in the consecutive years, against few Australian teams (1948), two first-class matches against West Indies Cricket Team (1949) and two against Pakistan National Cricket Team. Other events followed after, but the team gained not much luck until the 1970s.

The Ceylon National Cricket Team became an associate member of the International Cricket Council in 1965. The most significant moment in the history of the cricket team was after 1972 when the country was renamed as Sri Lanka. As the Sri Lankan Cricket Team, it plays its first top-level international match in 1975, against West Indies though the latter won the game by nine wickets at the Old Trafford, Manchester, England.

The Sri Lanka Cricket Team was in the process of rising from the underdog status. The seeds of the force and power of the team came to the surface in their match against Australia, losing by 52 runs after scoring 276 for 4 in response to Australia’s 328 for 5. The performance of the Sri Lanka National Cricket Team began to gain momentum, and it performed well in the international matches. In 1979, it won the ICC Trophy.

The progress of the team was taken care of and noted by the International Cricket Council, and consequently, the team was awarded its Full Member status on 21st July in 1981. Sri Lanka became the eighth nation to play Test Match. The first test match was played against England in February 1982 at Colombo’s Paikiasothy Saravanamuttu Stadium under the captaincy of Bandula Warnapura. Sri Lanka lost by eight wickets. The historical moment in the evolution of Sri Lanka’s national cricket team is marked when it won the Cricket World Cup in 1996, defeating Australia at the Gaddafi Stadium in Lahore, Punjab, under the captaincy of Arjuna Ranatunga. Sri Lanka also won the 2014 ICC World Twenty20 against India by six wickets. Dinesh Chandimal was the captain of the team then. 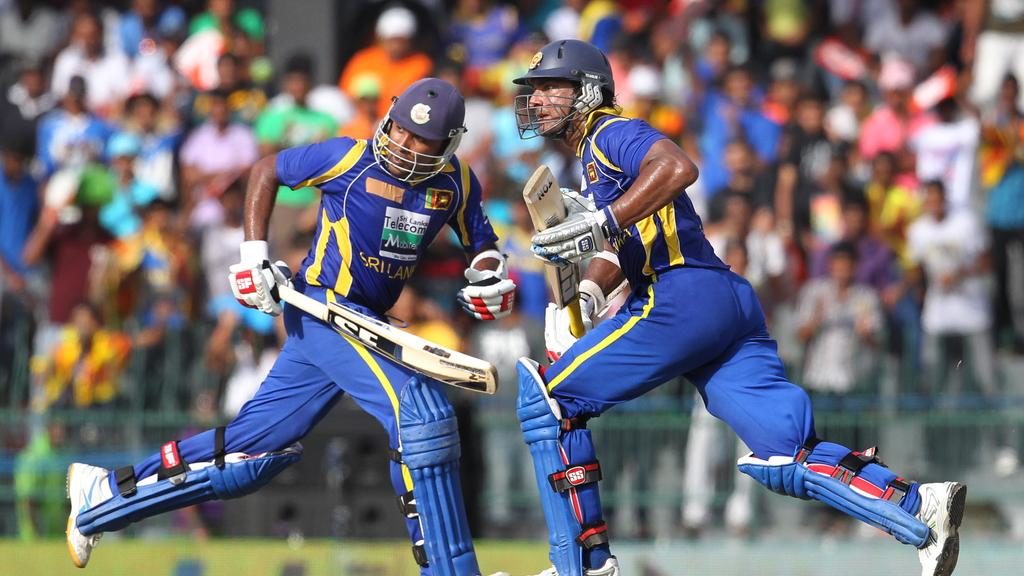 Following the soaring status of the national cricket team of Sri Lanka, the road became bumpy once again during the 2015 World Cricket match. Despite an impressive opening and Kumar Sangakkara becoming the “first batsman in ODI history to score four consecutive ODI centuries,” the series ended with a bitter note as the team was found struggling against South Africa in the quarterfinals.2016 ICC World Twenty20 brought in an upsetting setback in the history of Sri Lankan Cricket Team. The performance of the players was deemed as being extremely poor, and the team lost consecutive matches.

The strength of the team happened to collapse after the retirement of Sangakkara, Mahela, and Dilshan, the three legends. The group revealed a significant fall in their ranking; in the year 2017, Sri Lanka played 13 Tests,29 One Day Internationals and 15 T20s. In 13 Tests, Sri Lanka won 4 and lost seven matches. In 29 ODIs, Sri Lanka only won 5 and missed 23 games including three 5-0 whitewashes. In 15 T20Is, they won 5 and lost ten matches. Though the team was facing hardships, little luck favored it in 2017 ICC Champions Trophy. Sri Lanka won the second match against India and recorded its joint-highest successful run-chase in ODIs and the highest successful run chase by any team in the history of the Champions Trophy.

However, Sri Lanka was eliminated from the championship due to its poor fielding performance against Pakistan. After this, Sri Lanka suffered another defeat against Zimbabwe in their homeland. Mathews’ captaincy was put under heavy criticism, and he had to step down from his post. Dinesh Chandimal assumed the captaincy, and under his leadership, the team had one win in the one-off test by recording the highest successful run chase by any team in a Test in Asia and the most top successful hunt by Sri Lanka in Tests.

Sri Lanka National Cricket Team: In a home series, Sri Lanka came face to face with India, but the meet happened to be the most disastrous one for the home team. Sri Lanka Cricket Team lost all the nine matches, including 3 Tests.5 One Day International and one-off T20 throughout this period Sri Lankan Cricket Team tried many captains but with no success.

With the reduced level of performance, they went to complete a series against Pakistan in the United Arab Emirates. They had only one victory, the Test series 2-0, which was recorded as the first ever win by a visiting team against Pakistan in the UAE. The last match of 2017 was played against India, but the record of bad luck continued. The year 2017 was considered as a black year for the crushing defeats it suffered.