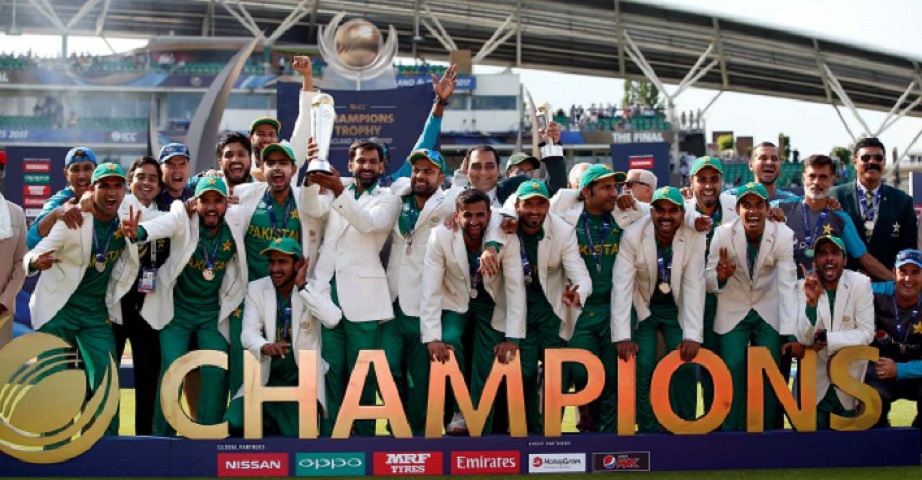 Here’s the list of the coaching staff of the Pakistan National Cricket Team:

The Pakistan Cricket Team is a full member nation of the International Cricket Council which plays all three formats of the game i.e., Tests, ODIs, and T20s. The Pakistan Cricket Board governs all the cricketing activities of the Pakistan team. Pakistan got the Test Status in 1952 on the recommendation of India. They played the first Test match against India, which they lost heavily by an innings and 70 runs. It is interesting to know that several Test players which played for Pakistan in the initial years also played for India before the separation between India and Pakistan took place.

Pakistan also won the 2017 ICC Champions Trophy after beating India in the finals. Owing to a high rise in terrorism, many countries resisting visiting Pakistan for playing cricket. The terrorist attack on the Sri Lankan cricket team in 2009 led to a halt in cricketing activities between 2009 and 2010. In this period, all the Pakistan home games were held in the United Arab Emirates.

#Batting Records:
– Javed Miandad holds the record for being the only player to score a century in his 1st, 50th and 100th Test match.
– Mohammad Yusuf holds the record for scoring the most Test centuries in a calendar year. He scored 6 centuries in the year 2006.
– Younis Khan is the first Pakistan batsman to complete 10,000 runs in Tests. He reached the landmark in the year 2017.
– In 2014, Misbah ul-Haq made the record of fastest fifty in one-day internationals, reaching the feat in just 21 balls.
– Babar Azam is the join third-fastest to reach 1000 runs in ODIs and the second-fastest to reach 3000 ODI runs.
– Fakhar Zaman is the fastest batsman to complete 1000 runs in ODIs. He reached the landmark in just 18 innings.
– Babar Azam holds the record of being the fastest to complete 1000 runs in ODIs. He reached the feat in just 26 innings.

During the British rule, Pakistan was a part of India and it is evident that the matches being played take an equal amount of cricket for both the countries before independence in an effective way. Pakistan got the Test status in 1953 and played its first match against India in Feroz Shah Kotla New Delhi. It is a known fact that most of the Pakistan cricket players use raw technique in order to win over the opponents in an easy way. The Pakistan cricket team continues to produce some of the finest players in both the batting and bowling departments on a regular basis.

Some of the popular players like Imran Khan and Wasim Akram have made their country proud by lifting the World Cup without a sufficient amount of support from the board in an effective way. Javed Miandad is considered as one of the best batsman crickets has ever seen in the one-day international format because of his consistency and playing style in an easy way. There are some of fine cricket players playing for the country in the current generation without compromising on the game quality and spirit from time to time.

Pakistan National Cricket Team got the Test status in 1951. The Men in Green have had a lot of captains since. Imran Khan is unarguably Pakistan’s greatest leader of all-time. Under his leadership, Pakistan won their maiden World Cup title in 1992. Younis Khan-led side won their second ICC title after winning the 2009 ICC T20 World Cup title. Pakistan also won the ICC Champions Trophy in 2017 under the leadership of Sarfaraz Ahmed.

As many as 33 captains have led Pakistan in Tests. Babar Azam is currently the captain of Pakistan’s current Test team. Pakistan played its first-ever Test match against India under the leadership of Abdul Hafeez Kardar. He led Pakistan in 23 Tests, winnings and losing 6 games apiece. In terms of win percentage, Qaqar Younis had had great success as captain in Tets. He led Pakistan in 17 Tests and managed to win 10 out of those.

Misbah Ul-Haq has also led the side quite well in Tests, in which he led the side to 26 wins in 56 matches. Imran Khan led the Pakistani Test side in 48 Tests and won 14 out of those. Former skipper, Inzamam ul-Haq led Pakistan in 31 Tests. Of these, the team emerged victorious in 11 games.

30 players have led Pakistan in one-day internationals so far. Imran Khan is unarguably their most successful limited over’s skipper in the history of Pakistan Cricket. He led Pakistan to their first-ever World Cup title in 1992. In 139 matches, Imran Khan-led Pakistan to 75 wins with a win percentage of 55.92.

#1 Imran Khan: Undeniably, Imran Khan is Pakistan’s greatest captain in its cricket history. The World Cup-winning captain has all the attributes to be a leader. He had tremendous man-management skills and has great instincts as well. Imran Khan made a great team that dominated world cricket during the late 90s.

Khan was born to a Pashtun family in Lahore in 1952 and graduated from Keble College, Oxford in 1975. He began his international cricket career at age 18, in 1971 Test series against England. Khan played until 1992, served as the team’s captain intermittently between 1982 and 1992.

He led Pakistan to their first-ever World Cup title in 1992. Imran Khan-led Pakistan in 48 Tests, winning14. In ODI, he has captained the side in 135 one-day internationals, winning 75 games with a win percentage of 55.92.

#2 Wasim Akram: Wasim Akram is arguably Pakistan’s greatest fast bowler of all time. He is the highest wicket-taker for Pakistan in Tests as well as ODIs. Wasim Akram has 414 Tests wickets to his name. In ODIs, he has taken 502 wickets in 356 games.

Wasim Akram was born on 3 June 1966 to a Punjabi Muslim Arain family in Lahore. Akram’s father, Chaudhary Muhammed Akram, was originally from a village near Amritsar, who moved to Kamonki, in the Pakistani Punjab after the partition of India in 1947.

Despite being a fast-bowler, Wasim Akram led Pakistan beautifully during his stint. With a win percentage of 61.46, Akram led Pakistan to 66 victories in 109 matches. Besides, he also captained the side in 25 Tests, winning 12 games and losing 8.

#3 Waqar Younis: Fondly known as the king of reverse swing, Waqar Younis was one of the best bowlers of his era. He has proved to be a headache for even the best batsmen. Waqar was also a great leader and captained Pakistan for a significant period.

Waqar Younis captained Pakistan in 17 matches, winning 10 games and losing 7. He has an outstanding record as captain in ODIs. In 62 games, he led Pakistan to 37 victories with a win percentage of 44.16.

#4 Inzamam ul-Haq: Former Pakistan skipper, Inzamam ul-Haq is regarded as one of the best batsmen witnessed in world cricket. Inzamam holds the record for scoring the most runs for Pakistan in One-Day Internationals. He scored 11,701 runs in 375 matches at an average of 39.53.

Besides being a top-notch batsman, he was also a great leader. Inzamam led Pakistan in 87 one-day internationals. Pakistan won 51 matches with a win percentage of 60.71. Besides, he also led Pakistan to 11 victories in 31 Tests.

#5 Misbah ul-Haq: Hailed as one of the most successful captains in the history of Pakistan cricket. He came into the side at a very late but made an immediate impact. He rose to prominence after a stellar performance in the 2007 ICC T20 World Cup. Misbah ul-Haq captained the Pakistan Cricket side in 56 Tests, winnings 26 games. Besides, he led Pakistan in 87 one-day internationals, in which Pakistan won 45 matches and lost 39 games.

#ODI World Cup 1992: ICC 1992 World Cup was held in Australia and Pakistan exhibited a stellar performance throughout the tournament. Pakistan boasted of quality players in their line up which had enormous talent and had a good reputation in world cricket. They had players such as Imran Khan Wasim Akram and Javed Miandad, who could win games singlehandedly for the side. Pakistan though lost to India in the league phase game but went onto the win the tournament. They played the World Cup final against England.

#T20 World Cup 2009: Pakistan National Cricket Team created history after winning the 2009 ICC T20 World Cup. They reached the finals of 2007 T20 World Cup but unfortunately lost to India. However, they didn’t make any mistakes in the second edition. Pakistan won 5 out of the seven games they played in the tournament. They started the tournament with a win and a loss against England and Netherlands respectively. It was followed by a defeat at the hands of Sri Lanka by 19 runs. However, they came back strongly and won all their next four games.

Pakistan played the wicket of 2009 T20 World Cup against Sri Lanka. A superb bowling effort bundled restricted Sri Lanka to just 138 runs in 20 overs. Kumar Sangakkara played an unbeaten 62-run knock off 52 balls, however, other players couldn’t step up to the occasions. Sangakkara’s innings went in vain as Sri Lanka lost that game by 8 wickets. Abdul Razzaq produced a stellar spell for Pakistan, picking 3 wickets for just 20 runs. Coming in at number three, Shahid Afridi played a match-winning unbeaten knock of 54 runs off 42 balls, while Shoaib Malik too stayed unbeaten at 24 off 22 balls.