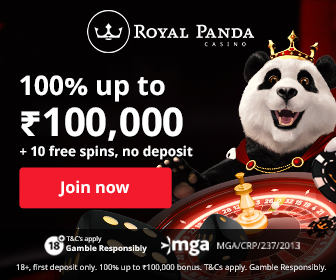 The Indian Premier League (IPL) player’s auction took place, and the whole country awaits for a thrilling showdown to be witnessed on the grounds very soon. It is clearly being predicted that the upcoming series of IPL matches will be the highlight of the season and talk of the town.

The 12th edition of IPL Team Standings showcased some brilliant smackdown among the players. And, team Mumbai Indians held the title of defending champions, and Jasprit Bumrah stealing the complete show! A total of 56 matches were played in the league stage, and every team matched against each other twice. This very edition of the league played in home and away format, that being said, every team clashed once in their home ground, and once in the home ground of their opponent team.

The 13th edition of the Indian Premier League is expected to start with Mumbai Indians Champions and Chennai Super Kings mega showdown on March 29. And, for the first time in the league, this season will comprise only six afternoon matches, and the tournament shall span for a duration of 57 days only. The featured eight teams will be seen playing a double round-robin stage to qualify for the playoffs, and then make their way to win the magnificent trophy. To bag the championship, the team must strike their position to top four with others of the IPL 2020 points table.

The rules of this season are pretty clear, the primary target of each team is to make sure they are among the top four spots of the IPL points table 2020. And, the secondary goal for the teams is to be among top 2, in order to earn last bit opportunity to be in the finals. The IPL 2020 team standings will be decided upon the number of points each team scores during the matches held. However, if more than one team is tied with the same number of points earned, the “Net Run Rate [NRR]” will be taken into consideration.

Now, as the excitement bubbles among the cricket fans and whopping support for their favourite players, follow our website for updated IPL team rankings 2020. It’s that time of the season, to mask our faces with the team’s anthem colour and wear jerseys to support our favourite players, and lastly grab the plank cards and make our way to the stadium. Don’t wait till the end, book your IPL 2020 tickets now!

For more updates and a complete list of fixtures for the league stage of IPL 2020, check out our website or download the PDF file attached. Our website will be broadcasting around the clock all relevant information related to each match taking place. Don’t miss out on any!