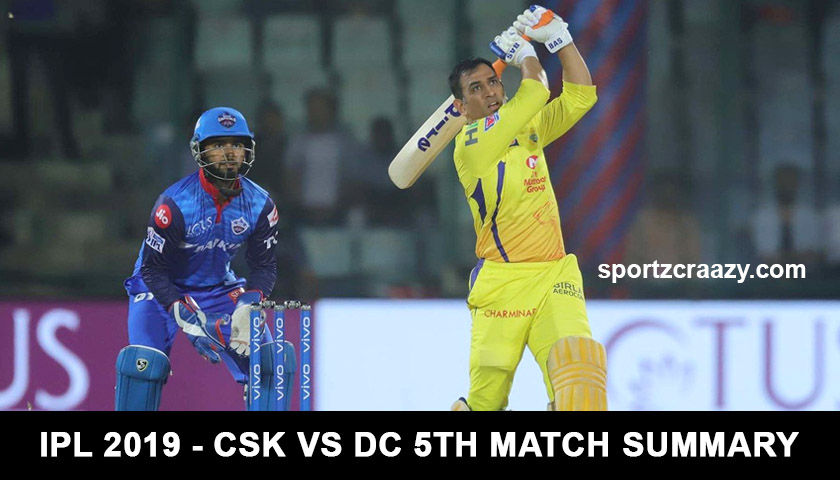 After losing three wickets, Mahendra Singh Dhoni and Kedar Jadhav made sure there Delhi won’t inflict further damage until 19th over, as equation turned down to 2 needed off last three balls before Chennai completed a seven-wicket win over Delhi Capitals on Tuesday.

Chennai Super Kings led a fine run-chase, having brought 50-run mark in five overs. Shane Watson played a great cameo of 44 of 26 deliveries. Watson gave Chennai a fine start, stitching a great partnership of 52 runs in just 24 deliveries. Watson’s cameo allowed CSK to not take any risk with only 74 needed in 80 deliveries.


However, Suresh Raina picked up from where Watson left, as both Raina and Jadhav continued playing big shots and scored more than 8 an over.

Only 51 runs were needed in last ten overs and it looked like a walk in the park from there onwards but Mishra once again got Delhi another wicket in form of Suresh Raina.

However, Dhoni and Jadhav didn’t let the momentum turn down as both of them cruised Chennai to a seven-wicket victory over Delhi Capitals on Tuesday. Though, Jadhav got out in the last over but made sure that work was done until then.

Earlier, Delhi Capitals started off pretty well, with Prithvi Shaw giving Delhi an ideal start, hammering five fours before getting out for 24. Dhawan and Iyer then carried on the momentum, playing with caution and scoring 80 runs in the first half of the innings. But unfortunately, skipper Iyer got out leg before by Imran Tahir.

Shikhar Dhawan, once again, played an anchor inning, scoring an impressive half-century off 47 deliveries. An in-form Rishah Pant went hammer and tongs right from the start, hitting two massive sixes and a four.

Delhi was going pretty well until the 16th over bowled by Dwayne Bravo which brought Chennai back into the contest as the all-rounder picked three wickets in six balls as the scoreboard went from 120 for 2 to 123-3 in the space of six deliveries.

The wicket of Rishabh Pant led to a collapse as Delhi failed to post a big total and ended on 147 for six after 20 overs.