SRH vs RCB Match Summary: A resolute Umesh Yadav came to the crease in the final over of the second innings with just one thought in his mind- to make up for the all the runs he conceded in the last four of the first innings and boy he did it so easily, hitting two back-to-back boundaries to Mohammad Nabi in the final over only to hand RCB victory at M.Chinnaswamy stadium. 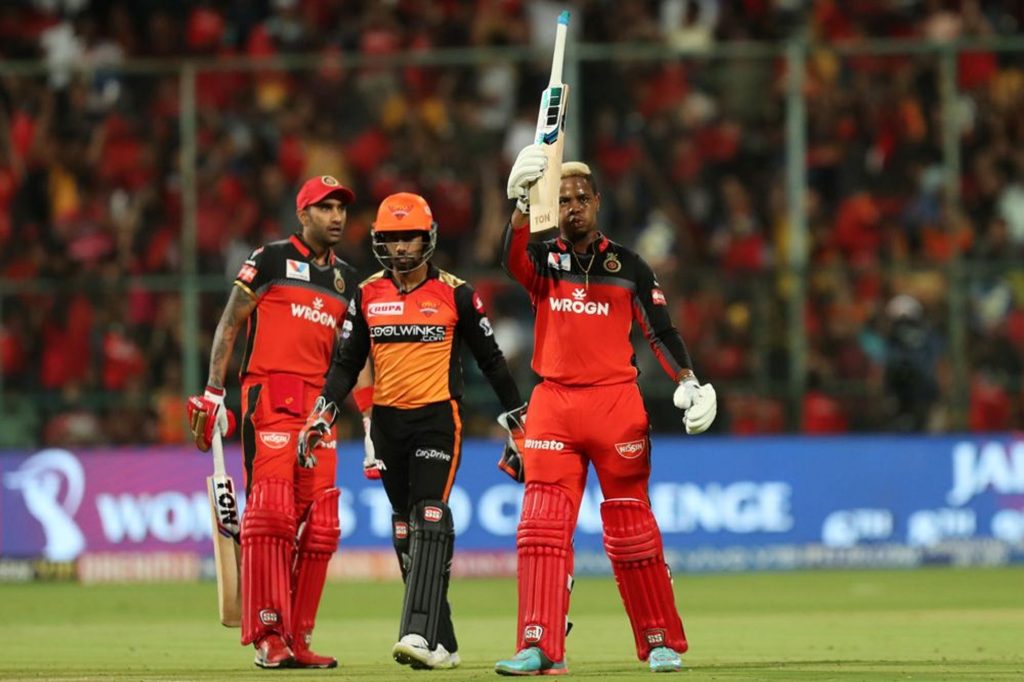 After a string of low scores in the tournament, New Zealand skipper Kane Williamson played an unbeaten 43-ball 70  run innings to guide SRH to 175 in the first innings. Though, his sensational knock went in vain, as they lost the match in the end, courtesy some brilliant hitting from Shimron Hetmyer and Gurkeerat Singh Mann.

Having lost three wickets in as early as 3 overs in the form of Parthiv Patel, Virat Kohli and Ab De Villiers, RCB were on course for another loss at Chinnaswamy.

However, what followed was a match-winning partnership between Shimron Hetmyer and Gurkeerat Singh Mann, two good innings from two talented youngsters which perhaps make their case strong in the next edition of IPL.

Kane Williamson brought the spinners on, the moment Hetmyer came to the crease. However, the decision backfired as the left-hander went hammer and tongs to both Rashid and Nabi right from their first over. 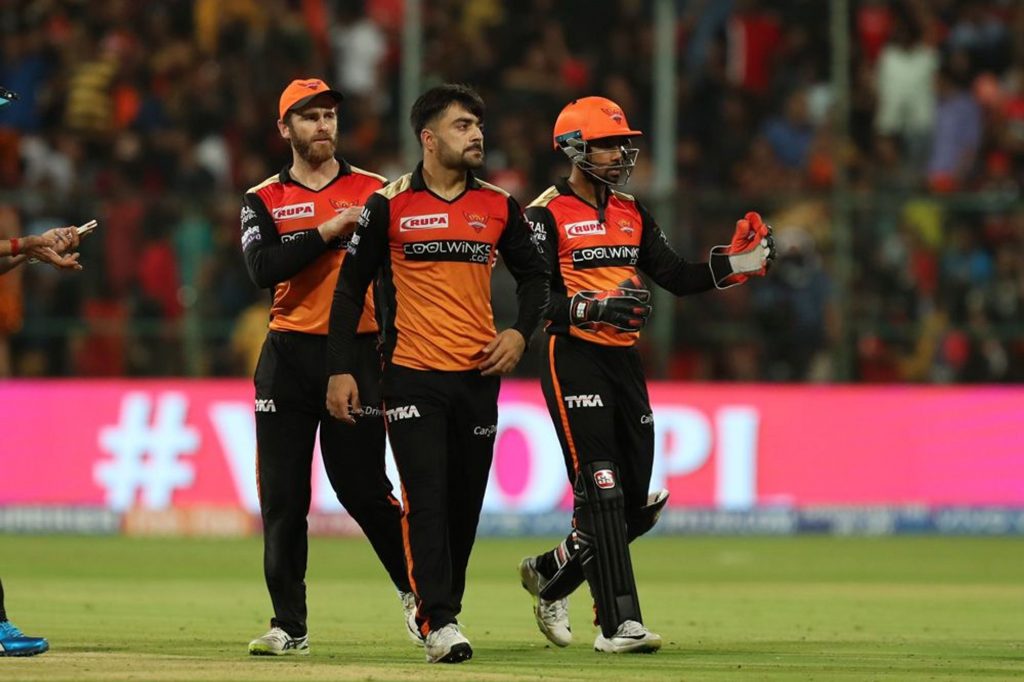 Until this match, Hetmyer haven’t stood to his reputation of being a fierce batsman, boasting of a string of low scores. Come this game, Hetmyer played a match-winning 47-ball 75 runs innings, including six sixes and four fours. Gurkeerat Singh Mann played equally handy innings, who initially played as a second fiddle to the former but then changed his gears as his innings progressed. He scored 65 runs off 48 deliveries, including eight fours and one six. The duo added 144 runs for the fourth wicket before Hetmyer lost his wicket in the 18th over of the innings.

Having cruised the run chase till the 17th over, needing just 13 runs in the last 15 deliveries, Hetmyer lost his wicket in an attempt to hit three sixes in one over to Rashid Khan. Khaleel Ahmed picked two more wickets in the following overs as the nervy smiles in the RCB dugout in the death was once gain on camera. However,  much to the delight of RCB fans, Umesh Yadav managed to hit two fours in the last over to take his home at the end.