Lasith Malinga, Hardik Pandya, and Jasprit Bumrah shared seven wickets as Mumbai Indians restricted KKR to just 133 runs in a must win affair for the former.

Hardik Pandya is the Man of the Match for his bowling figures of 2/20 ?? pic.twitter.com/mnFxBgKe08


Kolkata Knight Riders rode to a sedate start with Lynn and Uthappa playing way too cautiously as Kolkata could only score 61 runs in the first ten overs with both in-form Gill and Lynn back to the pavilion.

Wickets kept tumbling afterward as Kolkata found no one to give them the impetus needed to take KKR to a competitive total.

Mumbai Indians skipper Rohit Sharma led from the front in the run chase, scoring an unbeaten 55 run innings to guide his team home and in the process claimed the top spot in the points table. Prior to this innings, Rohit Sharma has been getting starts but failed to convert them into big scores. However, the skipper made sure he didn’t give away his wicket and play an anchor innings in what was the last match of the league stage for his side. 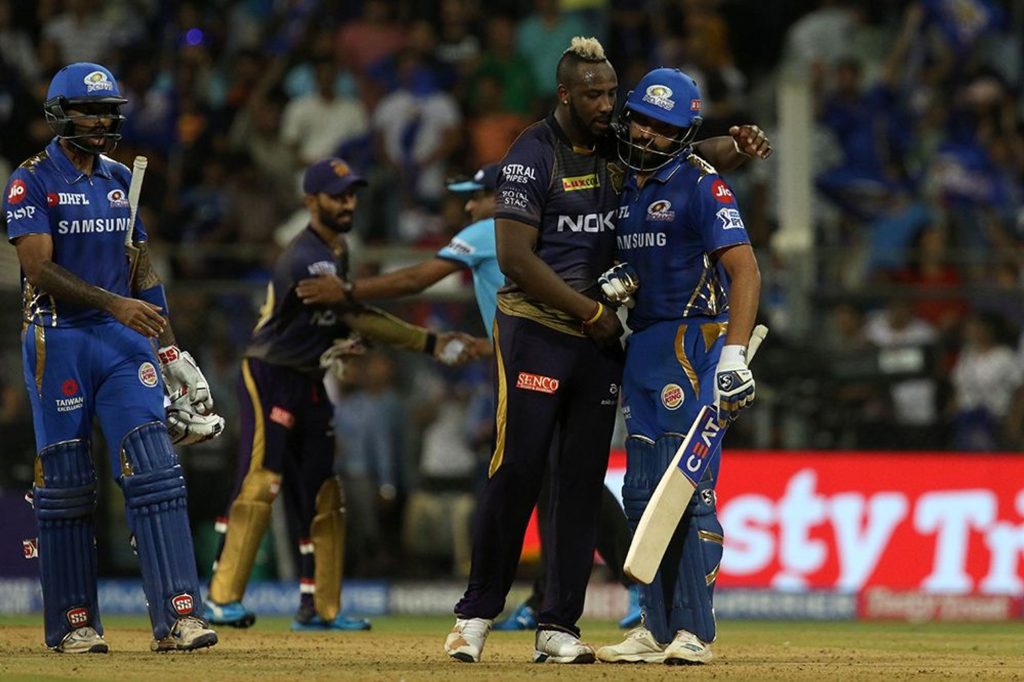 Mumbai Indians would now travel to Chennai to play their arch-rivals Chennai Super Kings in the first Qualifier on May 7.