KXIP vs CSK Match Summary: After restricting CSK to 170 in the first innings, Kings XI Punjab chased down the total in just 18 overs to earn their sixth win in the tournament on Sunday. Prior to the start of the match, Punjab knew that they were already out of the contentions but after winning this game, one though which must have been be going in everyone’s head would be- Things would have been different had they won one more league game. But that doesn’t matter now. Such is the format of the game. Nevertheless, the Kings did start like one, however, faltered mid-way, but ended the season with a win against the number one side of the tournament at their home ground. Punjab’s win certainly overshadowed Du Plessis’s 96-run knock off 55 deliveries. He along with Suresh Raina gave CSK a flying start. The duo batted for 12 overs together, scoring as many 120 runs. Raina continued his good form, having notched another half-century off just 37 deliveries.


Though once Raina got out in the 17th over, the ship derailed from there on, as CSK could only score 20 runs in 20 balls. Punjab pulled the game back in the death over commendably, courtesy brilliant bowling from Shami, Ashwin, and Curran. In the second innings, KL Rahul disrupted CSK’s game plan, as the right-handed batsman struck 2 sixes and one four in the second over of the innings off Harbhajan Singh.

Rahul continued hammering Bhaji in his next over, striking 3 fours and 2 sixes. It was a show of brutality from KL, even as Chris Gayle played as a second fiddle to the former. Punjab reached 100 figure mark in just 10 overs making CSK clueless about who to ball and whom not to. 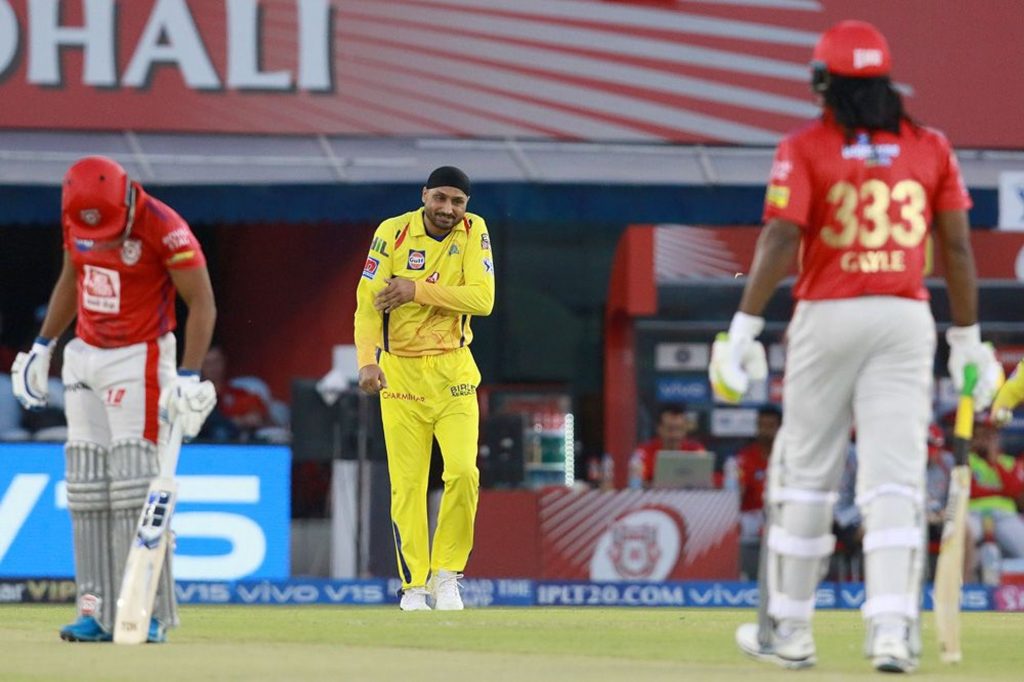 Harbhajan though fetch the wicket in the end, accounting for KL Rahul’s wicket in the eleven over. Harbhajan got Gayle only in the next ball, followed by Mayank Agarwal’s wicket in his fourth over only to bring CSK back into the contest. However, Nicholas Pooran played another 22-ball 36 runs innings, including 3 sixes and 2 fours, an innings which sealed the game for the Kings on Sunday. Punjab eventually won the contest by 4 wickets.