We have reached the finale of the Indian Premier League. After two phases, it is Chennai Super Kings and Kolkata Knight Riders that have made it to the finals of the campaign. Both teams have defeated Delhi Capitals in their previous games to reach the final. Ahead of the CSK vs KKR game, here is our preview.

Chennai Super Kings had lost the momentum in the final games of the league phase but bounced back at the right time to seal the spot in the finals. All the departments have come together in their previous game to help them reach finals. They start the game as a contender.

Ambati Rayudu failed to make an impact in the last game for CSK. However, he will be a key player with his ability to play the spin on Friday.

Sunil Narine and Varun Chakravarthy have wreaked havoc in the previous two games in Sharjah to take the team to the finals. They will be key again for the team against Chennai Super Kings. Captain: Ruturaj Gaikwad: The batsman is in fine nick at the moment and has decimated many bowling attacks. He will be key for his side with his abilities.

Vice-captain: Ravindra Jadeja: There is nothing that Jadeja cannot do. He can bowl, he can bat and he can field the best way 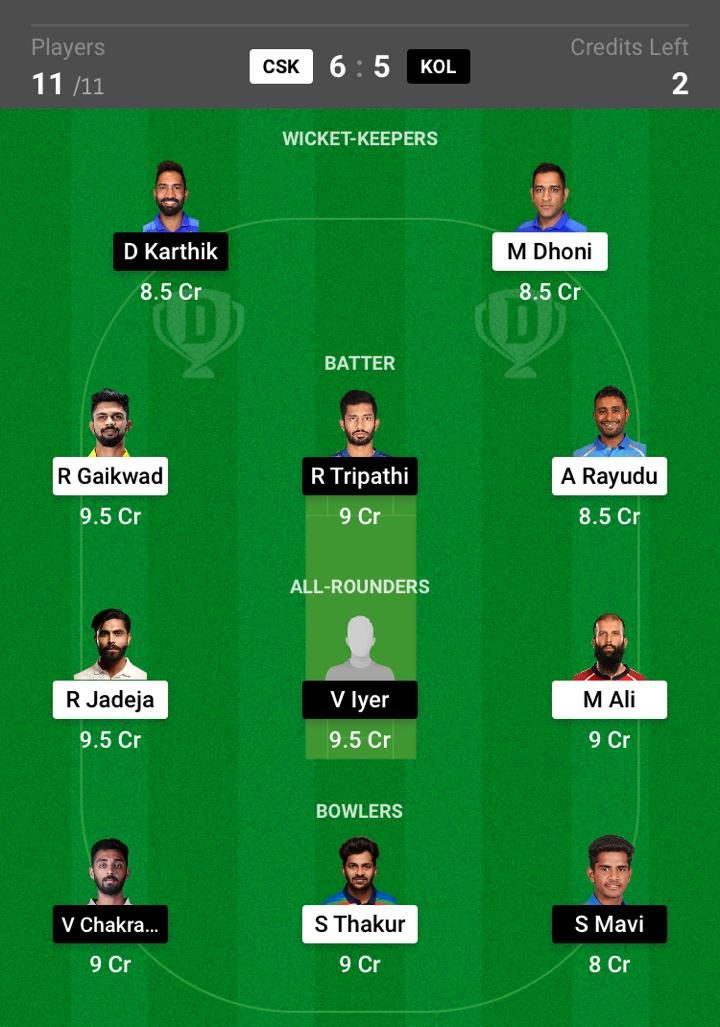