South African pacer Kagiso Rabada talked about the hardships of being in a bio-secure bubble as they are gearing up to play white-ball series against England and compared the bio bubble to luxury prison. As England will be playing three T20s and three ODIs and they are staying current in a bubble in Cape Town. As Rabada was also part of Delhi Capitals Franchise to play IPL 2020 and there he spent three months in bio-secure bubble in Dubai.

“It can be quite tough. You can’t interact. You have basically lost your freedom. It’s almost like luxury prisons we are in. But we have to remind ourselves that we are fortunate,” Rabada said in a virtual series eve press conference.

“People have lost their jobs, people are struggling at the moment, so we must be grateful for the opportunity we have been given to make some money and to do what we love,” he said, according to ESPNcricinfo.

“And we don’t get treated too badly. We stay in great hotels. We get the best food. It can be quite tough because you are surrounded by four walls the whole time and that can be a factor mentally.

“But just remind yourself of all the good things that are happening and once we start playing, it will take away from the desolate times.”

Hard work pays off 🙌🏿 Grateful to my teammates and management for making it possible 🏏 To the next 50! pic.twitter.com/tx47klwCZe

Rabada came to play IPL 2020 amid COVID-19 and was the leading wicket-taker of the tournament where he clinched 26 wickets but his individual brilliance was not enough for Capitals to lift the title who were defeated by Defending Champions Mumbai Indians in the finals where the latter defeated Capitals by five wickets where MI skipper Rohit Sharma led from the front in the finals by scoring 68 runs. However, Rabada was equally complimented by his South African counterpart Anrich Nortje who was also brilliant with the bowl for Capitals during IPL 2020. It will not be an easy task for Eoin Morgan‘s side to defeat South Africa in their Backyard especially with the likes of De Kock, Rabada and Faf du Plessis.

Kagiso Rabada feels guilty about what happened in third Test 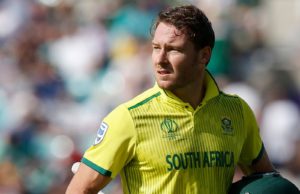 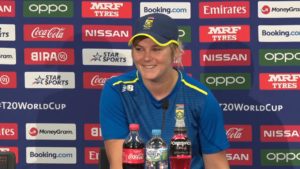 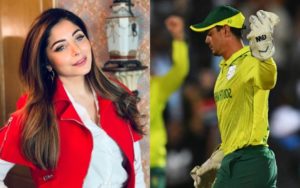