Mumbai Indians had the very poor first couple of seasons in the IPL and made it to the semi-finals for the first time in 2010. They were consistent from there after, and won two trophies by 2015. Then again came the phase of the roller coaster, where they either ended up winning the trophy or having a disastrous campaign. While they won the trophy in 2017 and 2019, they couldn’t even make it to the playoffs in 2016 and 2018.

Just like they are the most successful team in the IPL in terms of trophies, their owner is the most successful man in India in terms of wealth. Mumbai Indians is owned by Reliance Industries, a multinational conglom rate with their headquarters in Mumbai. The Chairman and Managing Director of the company, Mukesh Ambani, is the richest man of India.

Not many might know it, but the name ‘Mumbai Indians’ was initially suggested by Sachin Tendulkar. Earlier, the management was planning to name the side Mumbai Razors. The logo features a Sudarshan Chakra. Mumbai Indians have a famous theme song, which is called ‘Duniya Hila Denge’. They have wearing the all-blue outfit ever since the inception of the tournament, and only the shade of the colour and details have changed over the years.

Mumbai Indians did not start their IPL campaign with a bang. Despite having some of the biggest stars of world cricket, they failed to make it to the semi-finals in the first two seasons. However, things changed in 2010. Mumbai Indians made it to the semi-finals for the first time and got the better of Royal Challengers Bangalore. However, their joy was short-lived as they eventually went on to lose the final against Chennai Super Kings.

They made to the playoffs in 2011 and defeated Kolkata Knight Riders in the eliminator. However, the Indians couldn’t produce a good performance against Royal Challengers Bangalore in qualifier 2. In the next season, they bowed out of the tournament after losing an eliminator clash against Chennai Super Kings. Hence, they had no trophies to boast of after five seasons.

Their third title came two years later. In 2017, they defeated Kolkata Knight Riders to get an entry in the final, where they defeated the now-defunct franchise Rising Pune Supergiant. Their fourth title came last year, in a nerve-wracking one-run victory against Chennai Super Kings in the final.

Back in 2010 when Mumbai Indians made it to the semi-finals for the very first time, veterans Sachin Tendulkar and Harbhajan Singh had an amazing season. In their first title-winning run in 2013, they had great performances from the likes of Rohit Sharma, Mitchell Johnson, and Kieron Pollard. Their third title-winning season in 2017 saw the rise of Hardik Pandya and Nitish Rana.

Australian opener Chris Lynn has been added to the squad, whereas they have also invested heavily in the pace department. The MI team management broke their bank for Nathan Coulter-Nile, and have also secured the services of Trent Boult. In the all-round sector, they have made an exciting addition in the form of West Indian all-rounder Sherfane Rutherford.

One can even make a squad out of MI’s team management, as they have a lot of people working behind the scenes. Mahela Jayawardene is the head coach of the side, while Sachin Tendulkar is the mentor. Robin Singh looks after the batting department, whereas Shane Bond is entrusted with the task of improving the bowlers. John Wright works as a talent scout, alongside Pravin Amre, T.A. Sekhar, Abey Kuruvilla, and Kiran More. 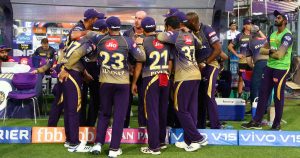 Top 5 Players for KKR in IPL 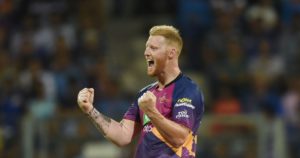 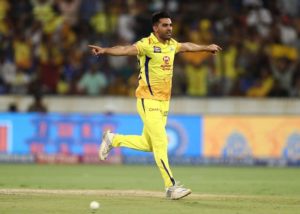 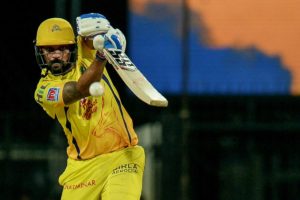 Top 5 Innings of Murali Vijay in IPL
Join us: