SS vs SV Pitch Report
Southern Vipers-Surrey Stars match will be played at Arundel Castle in Arundel. The ground will host first ever T-20 match on Sunday between Southern Vipers and Surrey Stars.

SS vs SV Dream 11 Match Timing & Match Details
The match between Surrey Stars and Southern Vipers vs Surrey Stars will be played at Arundel Castle in Arundel on Sunday. The match will start at 7:00 PM IST.

SS vs SV Broadcasting Details
The game between Southern Vipers and Surrey Stars will be telecasted in England only. There is no broadcast available in India. However, live score updates will be available.

Skipper Tammy Beaumont is closely following Stafanie Taylor in the runs department. Beaumont has been amongst the runs in the tournament and is a proven customer in the format. Tammy Beaumont could prove to be the game-changer for Southern Vipers on Sunday.

Sarah Taylor shone in both the games, she played in the tournament. She scored 43 (34) and 36 (27) in first and second T-20 match. She will be one of the biggest bets for Stars against Vipers.

Lizelle Lee should make the cut in the batting line up of your fantasy team. Lee played a stellar 66-run innings off 45 deliveries helping her side win the match against Lancashire Thunder by eight wickets. She would look the replicate that on Sunday. 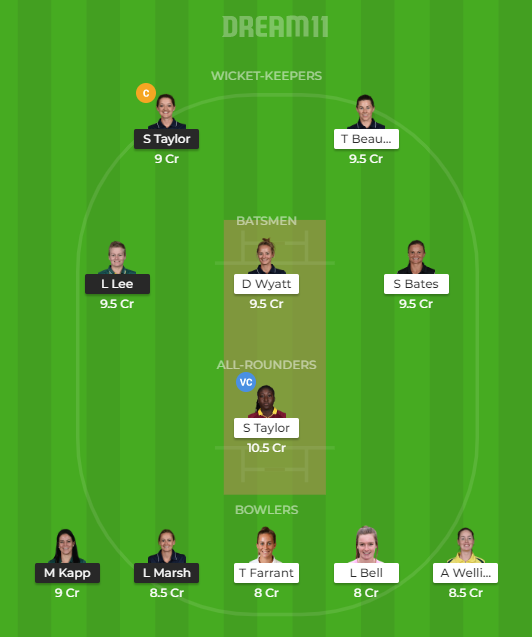 Catch all the live updates of SS vs SV cricket match, including live scores and match report. This time SS vs SV Dream11 Prediction will depend on the final team line-ups.