Real Madrid would begin their La Liga campaign tonight and would look to pounce on Barcelona’s defeat last night at the hands of Athletic Bilbao. After a rather drab season last time around, Zidane has added some fire power in the side with the likes of Eden Hazard and Luka Jovic. Jovic, however, hasn’t impressed Zidane too much and there were reports he might be out on loan. 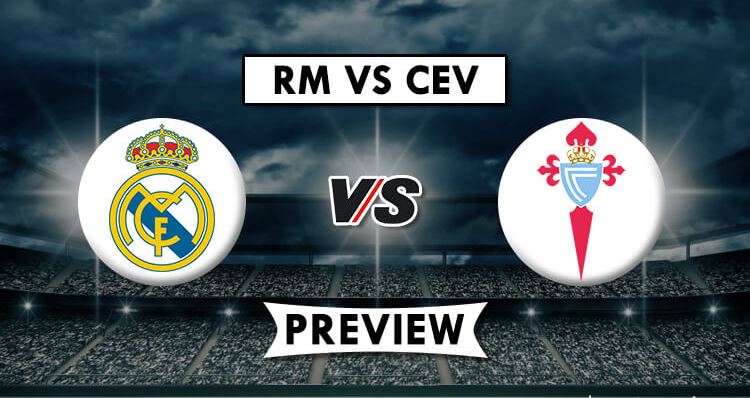 Celta Vigo, on the other hand, just avoided relegation last time around, and would be hoping to do much better this time. Their defence was a big issue and the manager had made some defensive reinforcements.

Eden Hazard will miss the game for Real Madrid due to an injury he sustained during practice. Marco Asensio, Rodrygom, Brahim Diaz and Ferland Mendy are all out injured as well. Dani Carvajal is suspended for the game. Celta Vigo have a full side to choose from

RM vs CEV Broadcast Details
The match will not be telecasted in India. The live stream of the match may be available on Facebook.

RM vs CEV Best Players
Real Madrid Top Players
Karim Benzema– The French striker would yet again be a key figure in this Madrid line-up. He got 21 goals and 6 assists last season.

Luka Jovic– He has failed to impress Zidane thus far but with Hazard missing from the opener, Jovic would need to make the most of this chance. He scored 27 goals last season, in addition to 7 assists.

Celta Vigo Top Players
Iago Aspas– The Spaniard has been a top player for his side for long. He got 20 goals and 6 assists last season.

Brais Mendez– The Spanish playmaker has been a constant feeder for his teammates which saw him get 6 goals and 7 assists. 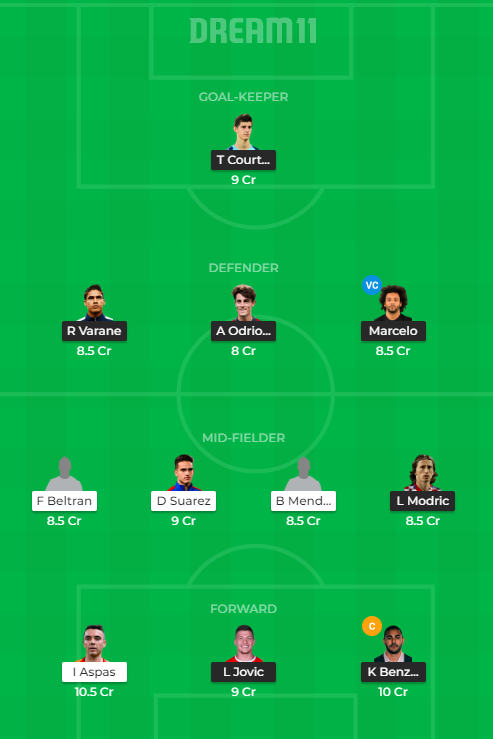 Catch all the live updates of RM vs CEV Football match, including live scores and match report. This time RM vs CEV Dream11 Prediction will depend on the final team line-ups.