BP vs BT Dream11 Prediction, Live Score & Dream Team
Bellary Tuskers and Belagavi Panthers will take on each other in the third match of the Karnataka Premier League 2019 at the Chinnaswamy stadium. It is still early, but both the team will look to start the campaign with a win under the belt.

BP vs BT Pitch Report
As we know Chinnaswamy stadium has a history of producing batting friendly wicket and keeping the format in mind a fun filled raining sixes match is on the cards.

BP vs BT Broadcasting Details
All the KPL matches will be streamed live on Hotstar.

BP vs BT Best Players
Devdutt Padikkal– He is yet to play the first match of this season, but looking at his performance last season he scored 124 runs in 4 matches at an average of 31 and with a strike rate of 114.81. His highest score was 60.

Dikshanshu Negi–  In the last 5 matches of the last season, he scored 134 runs in 5 matches at an average of 26.8 and with the highest score of 60.

Avinash D– He is one of the finest all-rounders of the modern generation, he made 134 runs in 5 matches at an average of 26.8. He also took 6 wickets in the last 5 games.

Ravikumar Samarth– In the 2017 season, he scored 315 runs at an average of 63 and also took 4 wickets. He will be the player to watch out for.

Krishnappa Gowtham– Last time when he featured in 2017, he scored 113 runs and clinched 11 wickets. He will be the player to reckon. 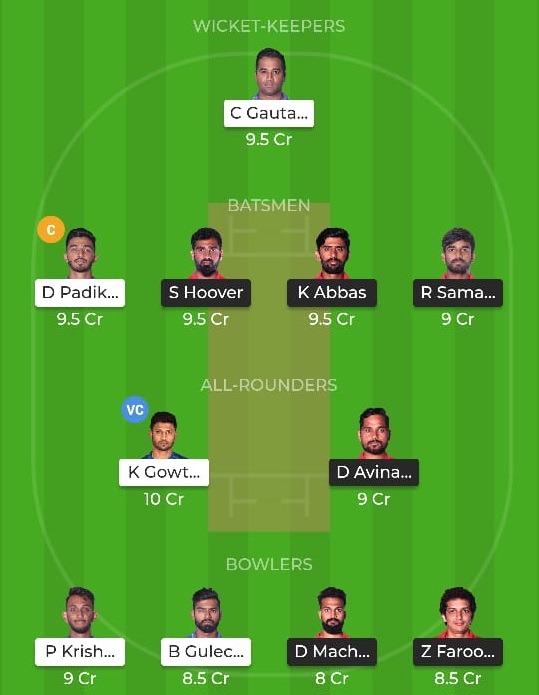 Catch all the live updates of BP vs BT  Cricket match, including live scores and match report. This time BP vs BT Dream11 Prediction will depend on the final team line-ups.