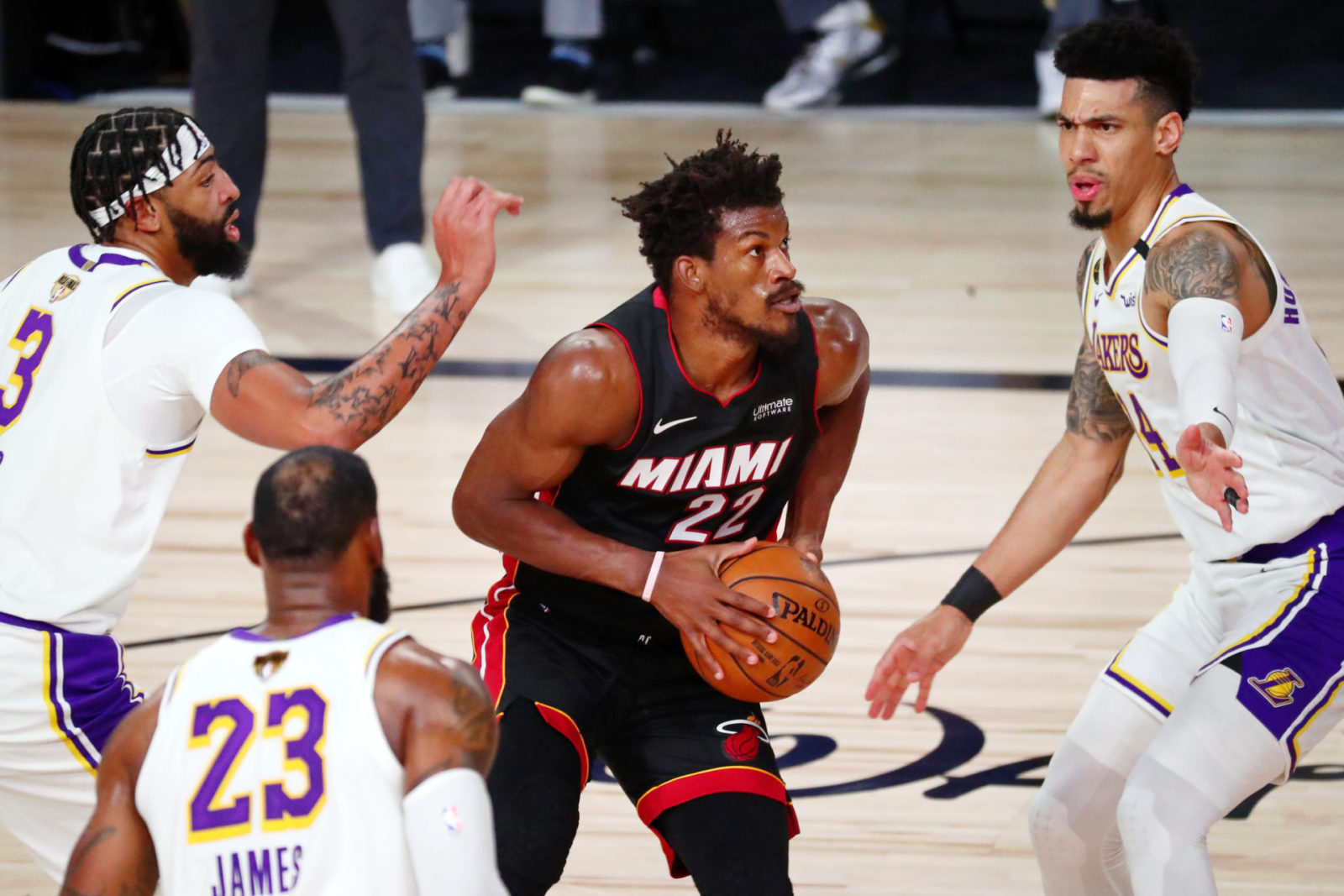 Miami Heat reassembles behind a 40-point quality performance from Jimmy Butler to upset the Los Angeles Lakers 115-104 and got their first win of the NBA Finals series.

After leading series 2-0, lakers were very confident prior to starting of the game when Bam Adebayo and Goran Dragic were ruled out of the game with an injury.


Miami started the game with a lot of intensity and commitment on both sides of the ball to take an early lead in the first half.

But despite having the early lead over the next two quarters, the Heat were didn’t sustain any long-term momentum and looked to be out of punches to throw when the Lakers took back the lead with just with 9 minutes left in 4th Quarter.

But even Butler and co. simply refused to allow their team to go down 3-0 as he made the Heat play on to one last game-clinching run.

Jimmy Buttler finished with 40 points, 11 rebounds and 13 assists to become just the third player in history to post a 40-point triple-double in the finals and its the first time opponent team player outrebounded, outscored and out assist LeBron James in finals.

Meanwhile, LeBron James led the way for the Lakers with 25 points and 10 rebounds.