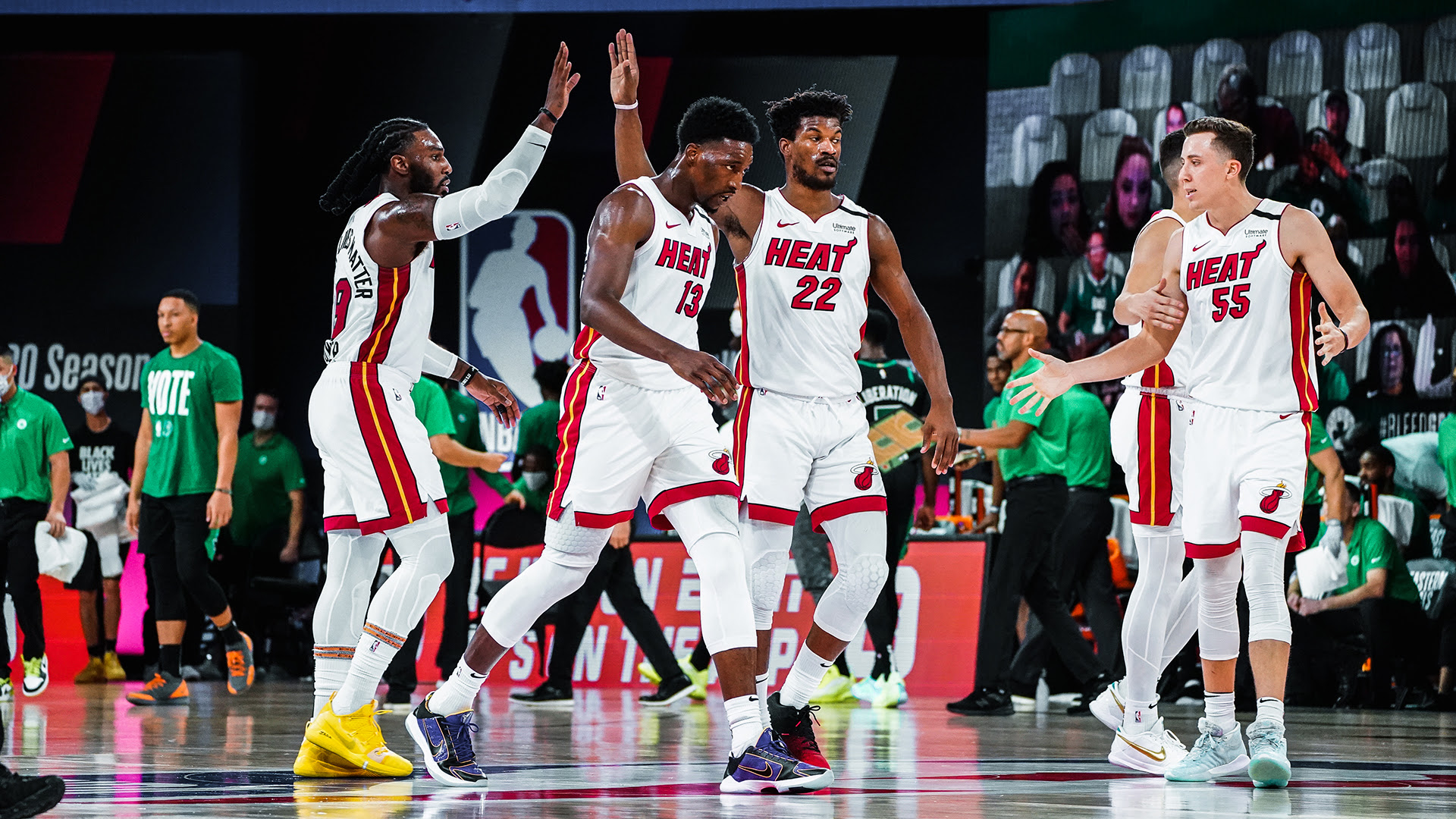 The Miami Heat defeated the Boston Celtics 125-113 on Sunday in Game 6 of the Eastern  Conference Finals to advance to the NBA Finals since 2014 season.

Heat’s big man Bam Adebayo was crucial in the closeout game. He finished with 32 points, 14 rebounds and 5 assists. Jimmy Butler added in with 22 points and 8 assists.

Andre Iguodala,  scored 15 points while shooting 100% from the floor, including 4-for-4 from the three-point line.

“Bam is one of the great competitors already in this association,” Heat coach Erik Spoelstra said after the game.

“He’s going to become one of the great winners in the history just because he’s so competitive. He moves the needle in every single day. You can’t put an analytic to his game and that’s probably why he was overlooked in college. He competes every single possession. He’s really going into a leadership role. Way beyond his years. His offensive game is just growing daily. And he wants the responsibility, and he wants the accountability, and he isn’t afraid of putting that responsibility on his shoulders, and that’s what he did the other night.

“All the greats in the history of the game have done that before. It was not his fault. That was a collective effort, including the coaching staff, but he wanted to take a step forward and put it on his broad shoulders, and he backed that up tonight. He was sensational. And just from a competitive standpoint, all across the board.”

Currently, a Miami Heat player, Iguodala will be playing in his sixth straight NBA Finals, earlier with Golden State Warrior.

Celtics, who lost the Eastern Conference final for the third time in four years, were led by Jaylen Brown with 26 points and eight rebounds, while Jayson Tatum had 24 points and Marcus Smart and Kemba Walker 20 each.

With Game 1 on Wednesday night, Adebayo and his teammates remain locked in on the fact the job isnt complete.

“The main key, and it’s been like this for a very long time, if you want to win, you’re going to have to go through a LeBron James-led team,” Heat All-Star swingman Jimmy Butler said.

“At the end of the day, that’s what it normally comes down to, and that’s what we got to focus in on. Honestly, we can’t just focus in on him because he has so many really good players around him. But you’re going to get the same test over and over again until you pass it. That test is LeBron James.”