Different Formats of Cricket: Cricket is not just the straight forward game as it is the multi-faced game. Cricket is a game where the length of the game varies in the duration of time and number of balls bowled. The game begins with the toss to decide which team will ball first, and another group will ball.  The game has multiple formats which depend on the standard of play, the desired level of formality and the time available. 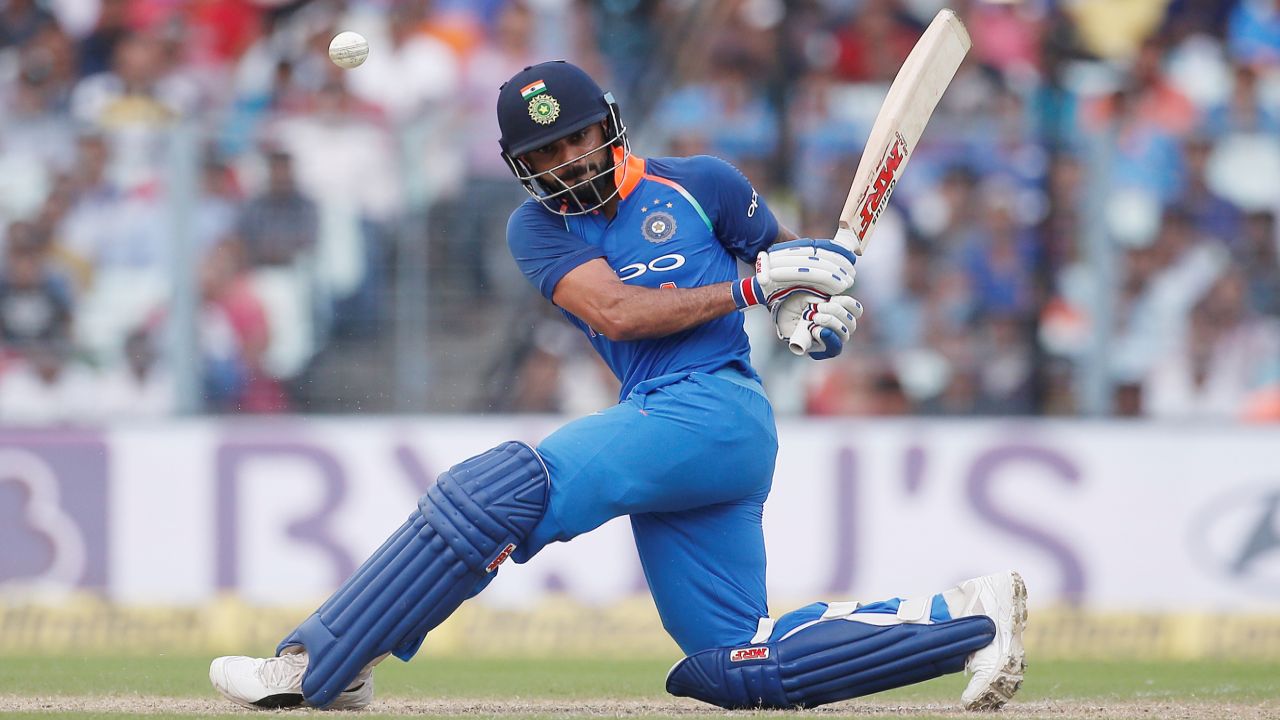 The origination of the Cricket was during 1597 and was being played only in the south-east of England. Slowly and gradually, Cricket became worldwide famous with different formats of the game. Let’s look at the various forms of the game. Every format of the game is played with the specific rules and regulations which are approved by the International Cricket Council. The International Cricket Council also provides match officials. No other sport is played for more than a day, but Cricket is the most challenging game which is played across the world.

Since the Cricket has been invented, the game has seen many changes in the format. The only thing that remains the same in all the arrangements is the law of Cricket that is the rules to play the game. There are mainly 3 types of formats which are as follows: 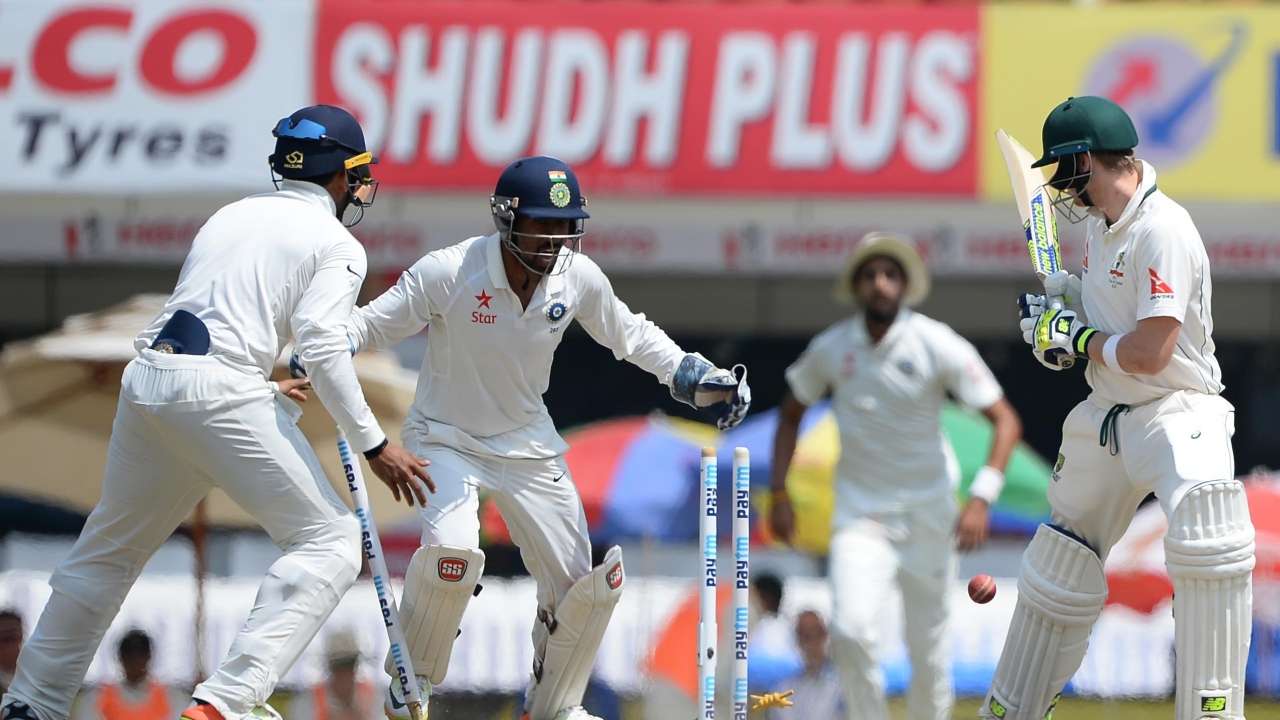 Different Formats of Cricket: This format of the Cricket began from 1877 and is the traditional form of the game. The first ever test match game was contested between England and Australia. The highest individual test innings was completed when Brian Lara of the West Indies scored 400 not out against England on 13 April 2004 in Antigua.

The game is played in a five- day format which comprises of two innings each. Since the game is played to test the teams over a long period, it is considered the pinnacle form. And to perform well in this format, groups should exhibit endurance, technique, and temperament in different conditions. The matches were played over three or four days in the early days of Cricket.

This format of Cricket is the most extended form of the cricket world and is considered as the ultimate test of playing ability of the players. Only the best players are selected as the national representative within the particular nation. The term test was given to game as it was played to test the strength of the teams playing the match. The match is performed to test the playing ability of players under different circumstances and conditions, the endurance of players temperament, to test the skills of the player in batting, fielding, and bowling and finally to test the perseverance of two playing teams for around 360 overs. 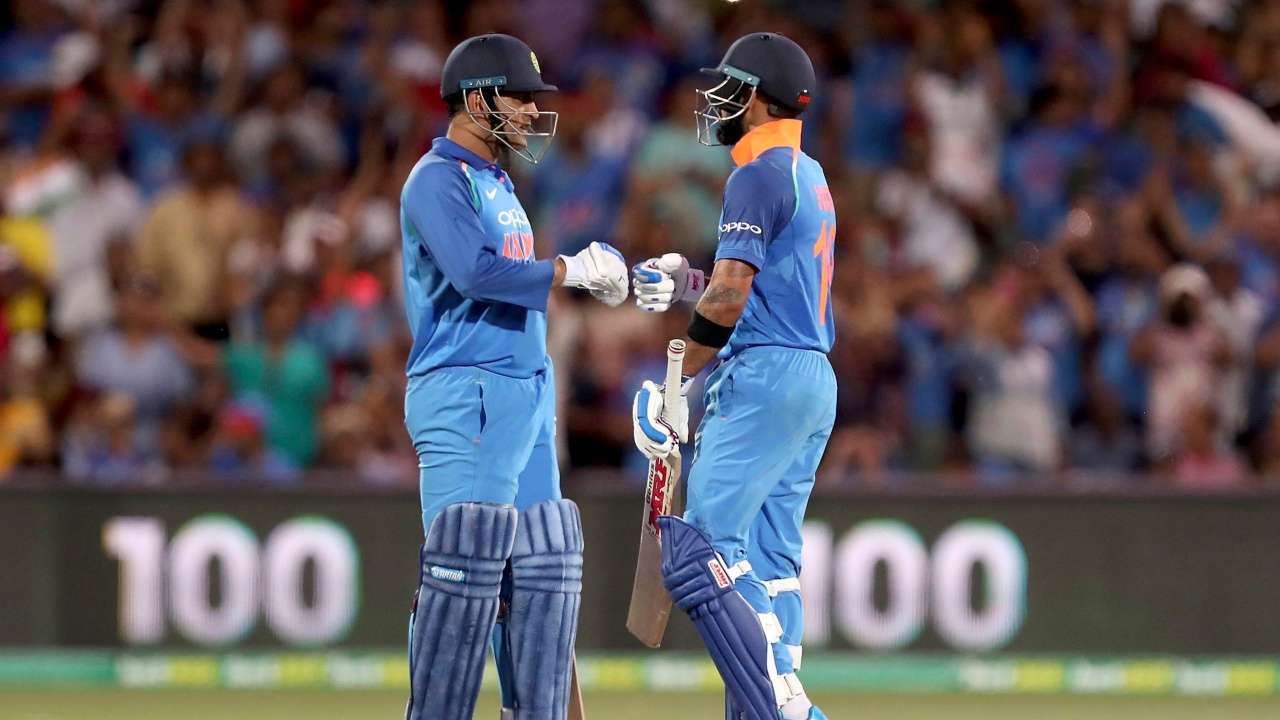 Different Formats of Cricket : One day international are the pacier format which was started in 1971 and are commonly known as ODIs. This format of Cricket gained its popularity from the 1980s. This format of Cricket is completed in a single day and each team bats only once. The one Day international are played with one-innings matches of 50 overs per side. Teams with a blend of technique, speed and skill will win the game.

The ICC’s pinnacle event, the ICC Cricket World Cup, is challenged every four years in this format. The 50 over format has been recently developed with the ICC also organizing the Champions Trophy for the top eight ranked teams. It is every four years that the ICC women’s world cup is held and every two years.

There is another exciting change in One-Day international cricket format is that the players are generally attired in brightly colored clothing so that the spectator has an interest and also to enhance the appeal to the television networks. This format of the Cricket originally began between English Country teams in the 1960s, and the first one-day international was played in Melbourne, Australia in the year 1971. One Day International cricket is often referred to as “hit and giggle” or pajama cricket term because it relates to the colored clothing worn by the players. 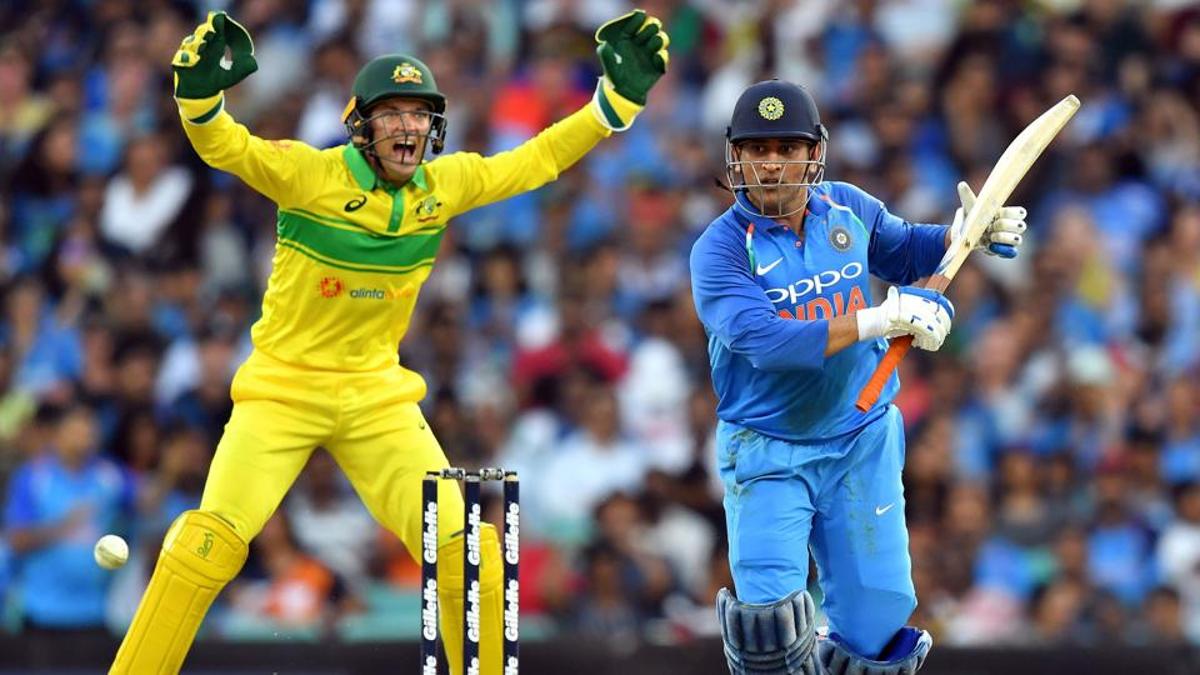 Different Formats of Cricket : This is the newest, shortest and fastest form of the game which began in 2005. It is also commonly known as T20i. It also triggered new skill sets and innovations with the format of 20 overs per side. The format of the twenty20 international match is usually completed in three hours.

This format has been hugely popular with fans right around the world with huge hitting, skillful bowling and amazing fielding. The premier international T20 tournament is the ICC World Twenty20 which was started in the year 2007. It has been hosted further five times alongside with the advent of the ICC Women’s World Twenty20. T20i is international Cricket played between the countries which are members of International Cricket Council. And this means there are six temporary members and 12 full members which are given T20i status. 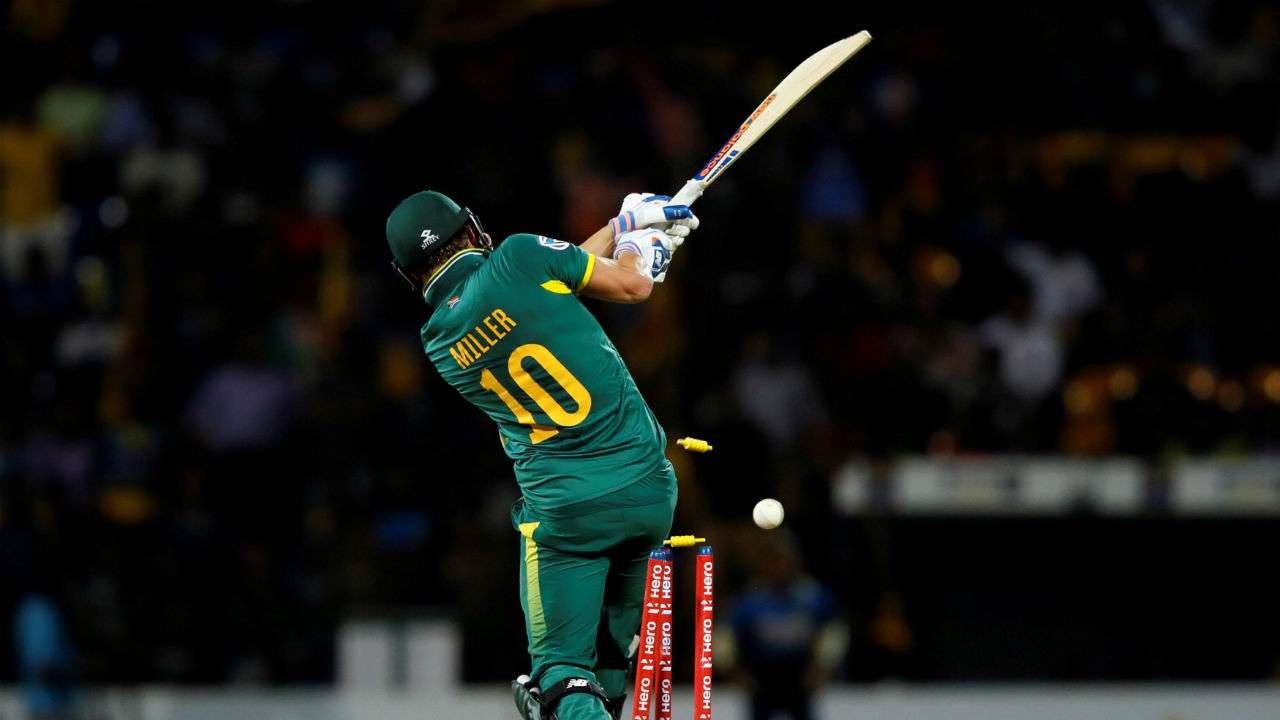 Different Formats of Cricket : This is an official Classification of the highest-standard international or domestic matches in the cricket world. It is usually of three or more days scheduled duration. The short form commonly known for first-class cricket is FC cricket. The matches should allow for the teams to play two innings each. The first-class cricket term is mainly used to refer to the domestic competition. Each nation holds its local first-class competition. The statistical form of the first-class Cricket is the test cricket which is the highest standard of Cricket. And to qualify as a first-class match, a cricket match should have three or more scheduled days of play, should be played on an international standard ground and be recognized as first class by the national governing body. There are several first-class sides within each test nation which can be as follows: – 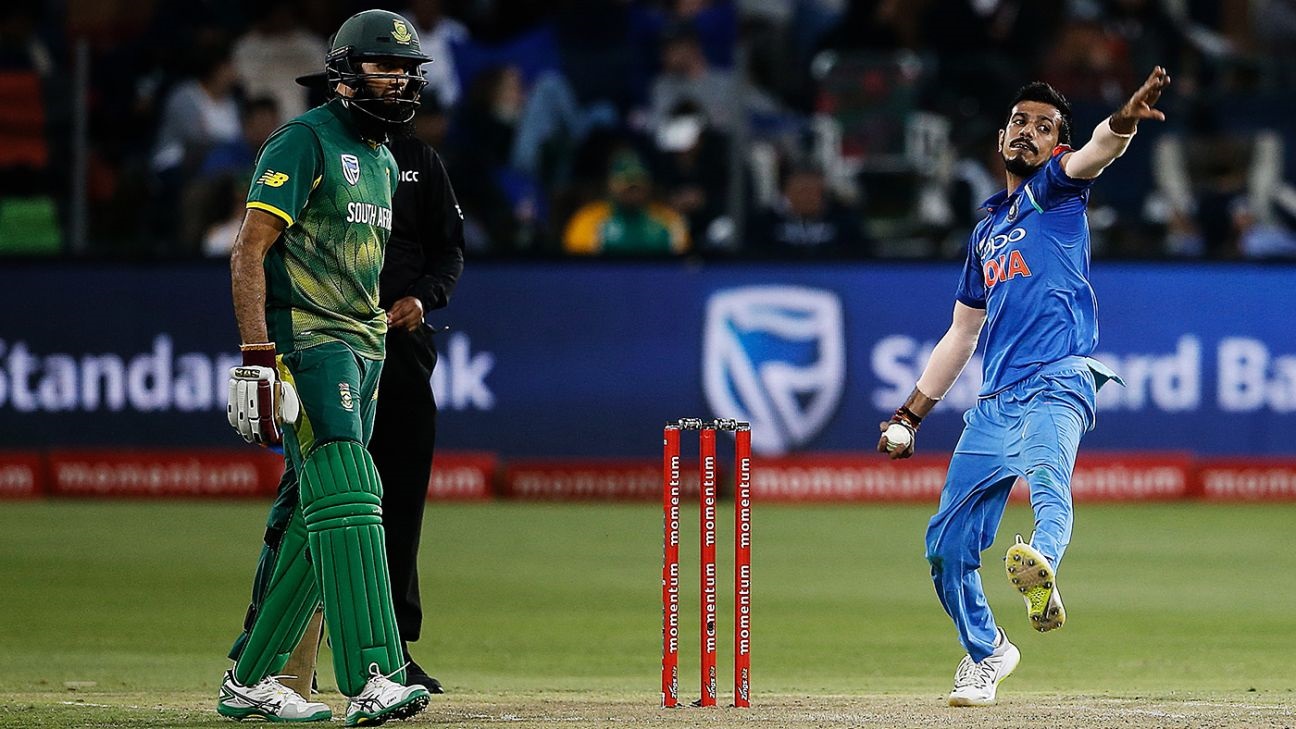 Different Formats of Cricket : Another name for the Limited Overs Cricket is one-day Cricket which is a version of the cricket match which is usually completed in one day. As per the title, the Cricket is traditionally set for the maximum number of overs that is between 20 and 50.

Though, there have been times when the shorter and longer forms of limited overs of the match have been played. This form of Cricket is popular with the spectators due to the reason that it encourages risky, entertaining batting, aggressive which often results in cliff-hanger endings. Since the match gets completed within a day, limited overs cricket endures that a spectator would be able to watch an entire game without committing to more than a day like other formats of Cricket. 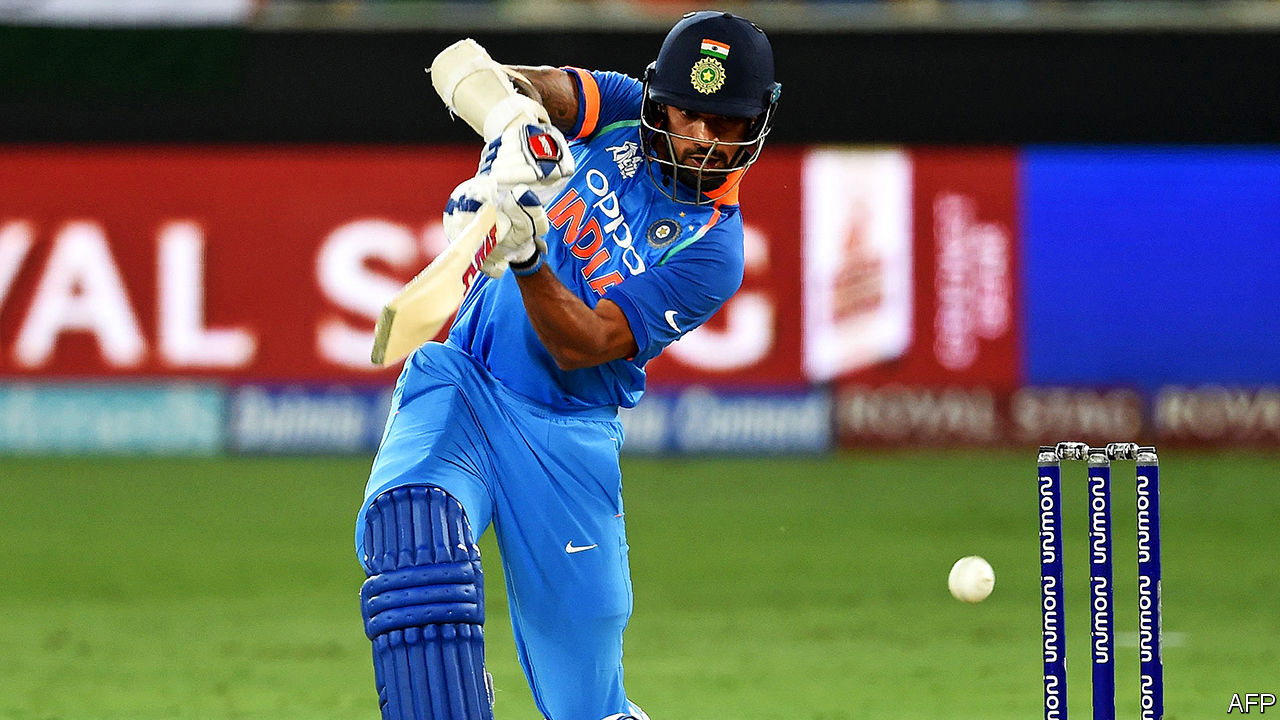 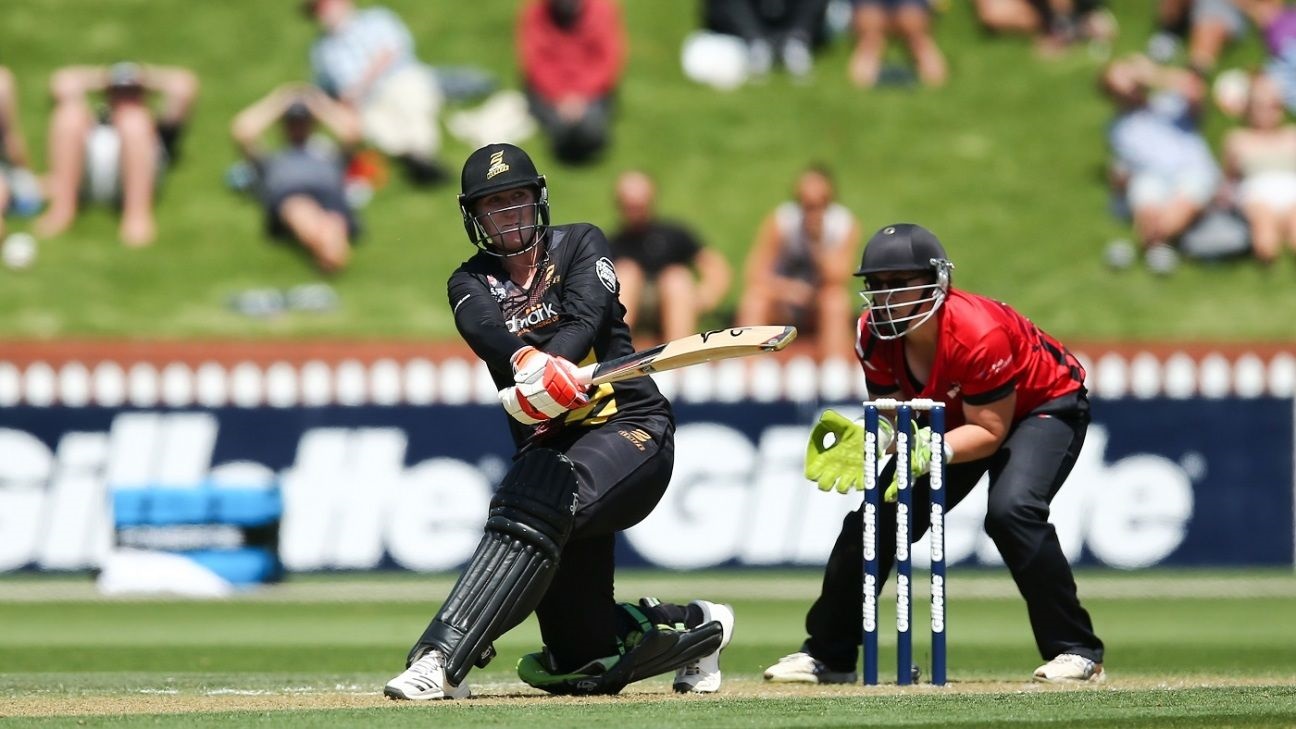 Different Formats of Cricket : The short form Twenty20 Cricket format is commonly known as T20. The England and Wales Cricket Board initially introduced this format of Cricket in the year 2003. It was submitted for the inter-country competition in England and Wales. In this format of Cricket, each team has single innings each, and that is restricted to a maximum of 20 overs. International Cricket Council (ICC) recognizes this format of the cricket world as the highest international or domestic level in one of the three current forms of Cricket. There is at least one Twenty20 match, and all test-playing nations have a local cup competition on most of the international tours. T20 cricket is domestic Cricket like Indian Premier League, Big Bash League or Pakistan Super League.

Different Formats of Cricket : This is the new different format of Cricket which is developed by England and Wales Cricket Board for their new city-based competition which will launch in the year 2020. They believe that the strategies which will be used in this format will give the whole game clear priorities and the statement was given by Tom Harrison who is the chief executive of ECB. The form will be made up of ten 10-ball overs in the clutches of either five or ten consecutive balls which can bowl by one or two bowlers. It is projected to run alongside the county-based t20 Blast for men and surpass the Women’s Super League.

In this format of Cricket, eight city-based teams will compete with each other. It will comprise of 90 players who will be recruited under a draft selection process which is similar to the Indian Premier League. Each team is made up of fifteen players out of which two players will come from players who performed well in the T20 Blast. And three out of fifteen players could be overseas players. But the foreign players cannot exceed from three numbers. The hundred is the working title of a planned professional 100-ball cricket league. The teams involved in 100 ball cricket is as follows: – 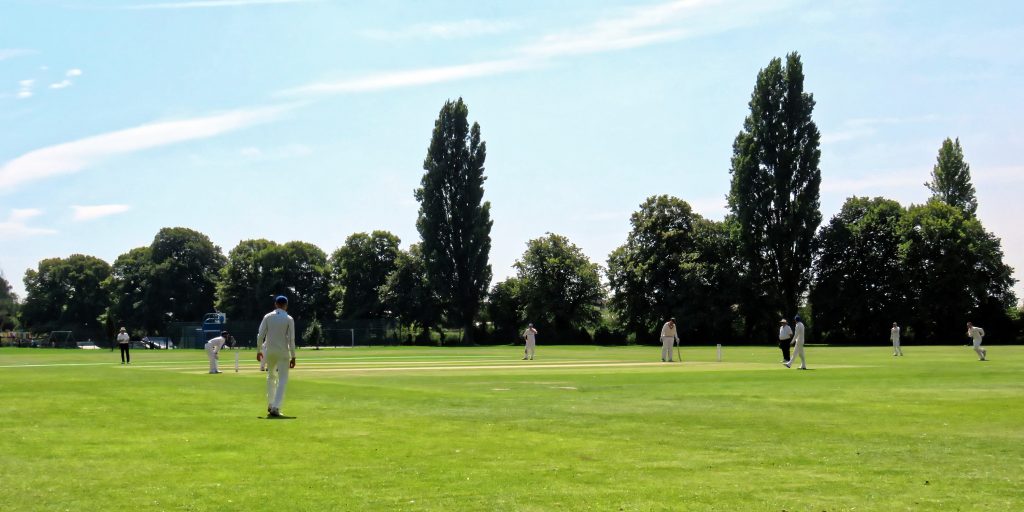 Different Formats of Cricket : This format of Cricket is a mainly sloppy but still formal form of Cricket which usually involves teams playing in competitions at weekends or in the evening. Though the laws of Cricket are always observed, there is a great deal of variation in a game format. The leading nations that are involved in club cricket are some of the major cities in India, Pakistan, Hong Kong, England, Australia, South Africa, Sri Lanka, West Indies, New Zealand, Bangladesh, Nepal, Zimbabwe, Kenya, Ireland, Wales, Scotland, and the Netherlands. It is played virtually all over the world and is now represented in the united states and Canada.

The main reason the USA and Canada have involved in club cricket is due to the large communities of immigrants from mainstream cricket-playing regions, and these include Europe, Asia, Africa, the Caribbean, and Australasia. The most severe format of club cricket is Saturday league cricket. The game will usually be a restricted overs contest of between 40 and 60 overs per side, with bonus points awarded based on runs, wickets, and whether or not the match was a “winning draw” or associate outright win to one-side. Friendly Cricket often takes place on a Sunday. These games tend to follow the more traditional format of declaration cricket in which a time limit or some overs – typically 80 to 120 – is set for the whole match.

It is then up to the team batting first to declare their innings early enough to give themselves time to bowl the opposition out and force a victory. The most extensive variety of Cricket is generally seen in this format, with teams batting second either aggressively chasing a total or attempting to hit conservatively and save the draw. Evening cricket is that the least formal format of club cricket and also the route by that several new players are introduced to the sport. It tends to follow the 20-20 version of the game, with additional time-saving measures such as using 15 8-ball overs and not bowling wides or no-balls (which then count as two runs each rather than the standard 1). This version of the game also emphasizes inclusivity, with rules such as each bowler being limited to 2 overs each, and batsmen retiring after reaching 25 runs being used to ensure that every player has a part to play in the outcome of the game.