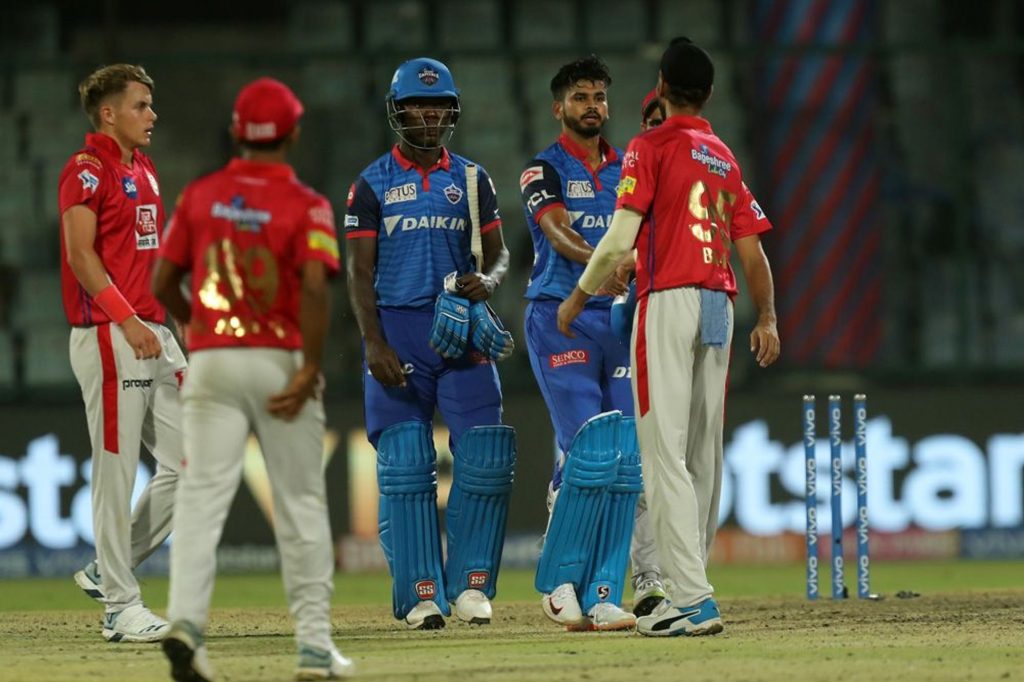 DC vs KXIP Match Summary: It was a match that in many ways was nothing less than a miracle as after a long wait Delhi Capitals finally registered an astonishing victory against Kings XI Punjab at the home venue. Delhi Capitals won the toss and opted to bowl first as they unarguably consider themselves as better chasers.

On the other hand, Chris Gayle went made and started smashing bowlers across the stadium and scored memorable 69 of just 37 balls that included 5 monstrous sixes and 6 scintillating boundaries.

But once Chris Gayle departed the run rate dropped like a sharemarket crash. Mandeep Singh scored slow 30 of 27 balls, but in the end, it was Harpreet Brar and scored quick 20 of 12 balls with the help of 1 six and 2 boundaries. Sandeep Lamichanne was the pick of the bowler for taking 3/40 in 4 overs. In the end, Kings XI Punjab was restricted to 163/7 in 20 overs.

Relaxed Delhi Capitals started the innings patiently as they had the luxury of chasing the low score, but Prithvi Shaw was again flop with the bat, but Shikhar Dhawan continued his good form and scored 56 of 41 balls that included 7 fours and 1 six.

Shreyas Iyer was the actual hero of the match as he allowed DC to panic and kept scoring crucial runs taking the pressure away; on the other hand, wickets kept falling at regular intervals. In both Shreyas Iyer and Sherfane Rutherford completed the proceedings and won the match with 2 balls to spare.

Shreyas Iyer was declared the man of the match for playing the match-winning knock of 58.

A Captain's knock from Shreyas Iyer who is also the Man of the Match for the game tonight. Well played, Skip ?? pic.twitter.com/1hhQbSTCgD