Chasing a total of as many as 160 runs on an absurd pitch proved to be too much for the hosts as Shreyas Iyer and Co. could only score 128 runs in their twenty overs in the second innings to lose the match by 40 runs in the end.

Colin Munro who played a good hand in the last match didn’t cause much damage today who fell for just three runs off Krunal Pandya, Skipper Iyer departed cheaply for three, followed by Pant who got castled by Bumrah with a beauty! 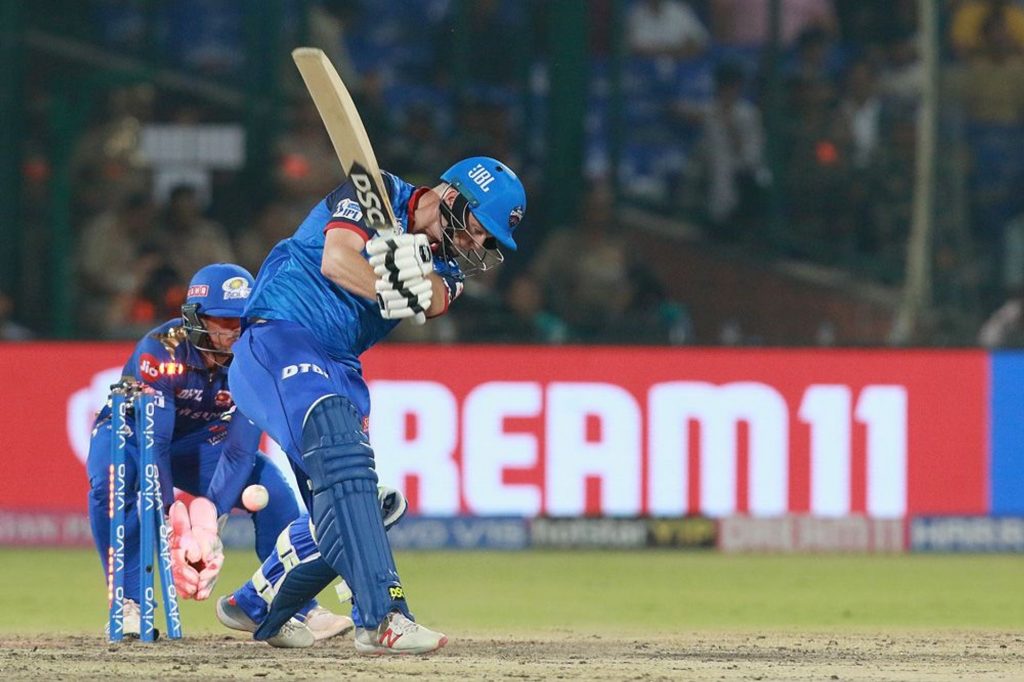 Stands went half-empty once Delhi’s last hope Pant got out as Axar Patel tried his best to get close to the total only to lose the match by 40 runs in the end.

Rohit Sharma and Quinton De Kock gave Mumbai a blistering start to Mumbai Innings. The duo added 57 runs for the first wicket before Rohit lost his wicket on 30. Barring Ishant Sharma, Delhi seamer proved a notch expensive as it was the spinners who brought the hosts back into the game.

Amit Mishra and Axar Patel dried Mumbai’s run flow, even as, got the wickets of Rohit and Ben Cutting. De Kock ran himself out after playing a good inning of 35 runs off 27 deliveries.

Delhi looked on course to restrict Mumbai below 150, however, once again it was Indian all-rounder Hardik Pandya who gave the visitors the much-needed flourish, in the end, to take the total to 168 for 5 at the end of 20 overs. His brother Krunal Pandya also played a good hand of 35 runs off 27 deliveries.

A well deserved Man of the Match award for Hardik Pandya for his overall performance ??#MumbaiIndians pic.twitter.com/62e8mHj9Kr

Where do they Go from Here

With this win, Mumbai Indians have now jumped to second in the points table with 12 points as they move closer to the playoffs. Delhi Capitals, on the other hand, are placed third with five wins out of nine matches