South Africa’s World Cup:- World cup 2019 is coming up as the fans from across the nations are excited to witness the mega-event and will also be seen cheering for their team. For those of you who don’t know, this time the prestigious tournament is going to happen in the home of cricket England and the iconic ground of Lords will host the grand finale of the world cup 2019. Since the world cup is found in 1975, we have seen lots of emotions and aggression during the world cup as it is the tournament which matters the most. Sadly, according to the law of the game, there can be only one winner in the end and some really deserving teams will not be handed the trophy. There are some teams which will be the best in the tournament but will not be winning the trophy. 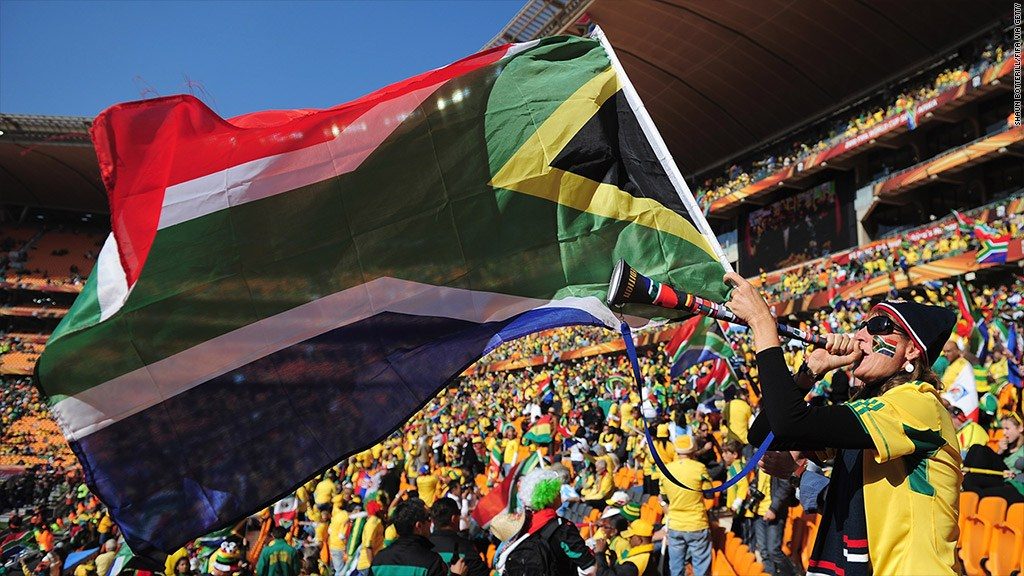 But let’s just talk about the biggest chokers of the ICC events, South Africa. A team to be feared, a team hard to beat, they always come into any world cup as one of the powerful teams but somehow finds a way to get out from the world cup. One of those teams which have never played in the world cup final, South Africa’s world cup journey hasn’t been the happiest. In Today’s column, let us discuss the 5 situations when they let the world cup slip out from their hands:

South Africa’s World Cup:- The team was perfect, they were facing ordinary sides in the tournament, more importantly, the World cup was happening in their own backyard and hopes for them lifting the world cup was high. What followed was the horror as they faced the group stage exit. Group stage exit was cruel, but what made it worse is the fact that one more run could have done for the Proteas and who knows if they scored that one run to seal the victory in the tied game against Lankans, they would have won the cup.

Two of the games was almost sealed, one was against New Zealand, one was against Sri Lanka, both got curtailed by Rain and South Africa lost one and tied one to get knocked out of the 2003 world cup. Why is that more painful? It was touch and go again, it was world cup they would have come in with high dreams of winning it and they are one of the powerful sides of those times. In the end, it was Australia who won the world cup beating India in the final, but who knows if it was South Africa in place of India, they would have become champions of 2003. The rain which always gives a pleasant feel for everyone, it had given only given bad memories for South African cricket.

South Africa’s World Cup:-  It was another world cup and another season of exciting cricket in West Indies and this time around South Africa played really well and qualified for the semifinal of the 2007 ICC cricket world cup in West Indies. It was Against Australia and if anyone has to beat Australian in 2007, that has to be South Africa. The Entire world was confident that South Africa will beat Australia and Qualify for the final for the first time in history. The game started with the excitement of fans but fan support will not make you win the game. What followed is another horror as Australian bowlers Reduced South Africa to 27-5 which ended all hopes again in 2007 for the Nation South Africa.

They then recovered a bit in the game but a target which is not even 150 is too less against the strongest batting line up of Australia. They chased it like a cake walk and showed the exit door to South African cricket and Australia qualified for the final and won the cup for third straight time. South Africa, where did they lose this one? When they bat first and setting up a target, they could have just played slowly for first 20 over and they could have boosted some runs. Even 250 could have proven too much in Semifinal but getting bowled out under 150 did not help. South Africa had too many match winners but losing 5 wickets under 30 runs on the board was never going to help them.

South Africa’s World Cup:- It was not the venue they are much comfortable with but a World cup is different ball game and venue does not matter much. South Africa Rocked the group stage and qualified for the quarterfinal where they locked horns with very ordinary New Zealand side in which expected to be a cakewalk for them. But many forgotten that Quarterfinal was knockout after 15 years and South Africa are chokers in knockout games. New Zealand was batting first and South Africa restricted them to 224 which is a very low score in Asian pitches. 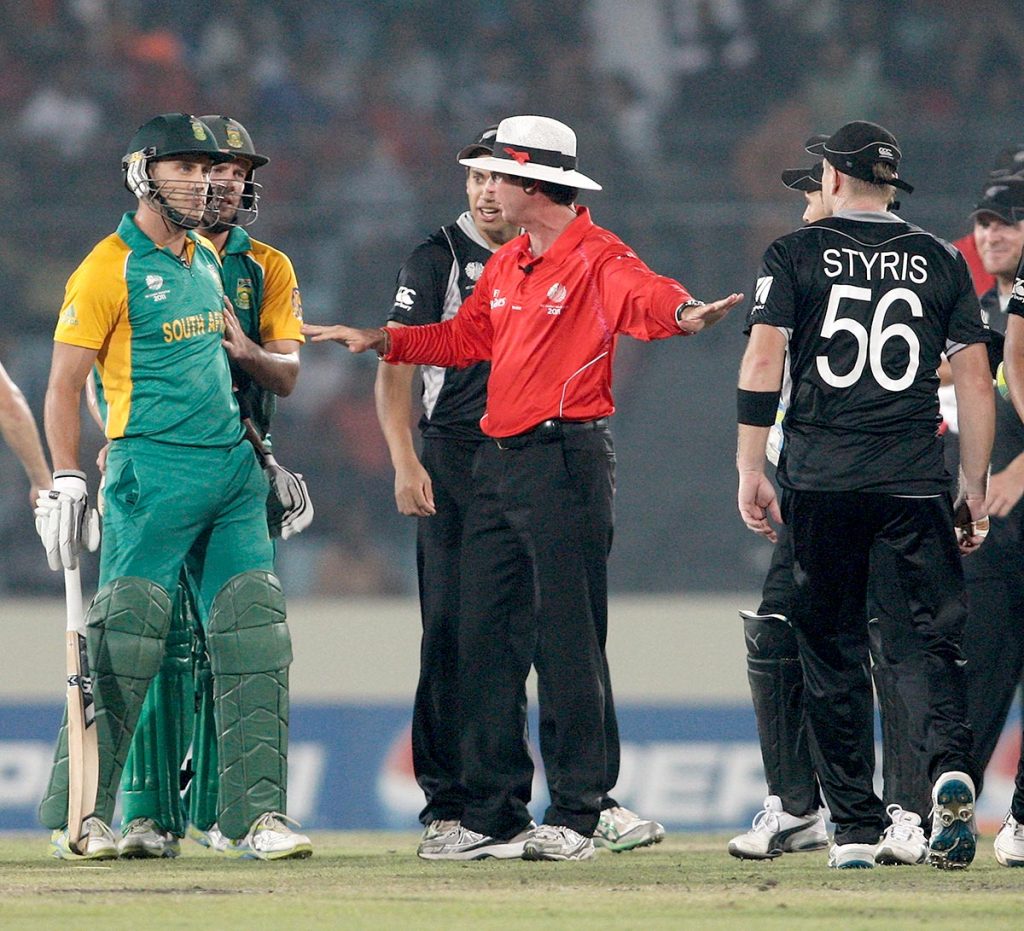 The chase began and they looked comfortable as they looked comfortable at the start. Then they lost wickets in regular interval and bowled out without chasing the target. Against all odds, New Zealand won the game and qualified for the semifinal. Where did South Africa lose the trophy here? There were no big knocks from Smith, AB de Villiers and FAF who was the powerhouse of the lineup. They all got out in much needed time and South Africa had to wait for another four years.

South Africa’s World Cup:-  They had the best of teams in the world Cup which was held in Australia and they played like champions and qualified for the Semifinal and once again it was Against New Zealand. South Africa played well and was looking good once again to reach the final for the first time. in the final over, one of the world’s best bowler Dale Steyn was bowling and 5 runs were needed off 2 balls. Grant Elliot hit a six which ended the dream of every cricket fan- a dream of seeing South Africa in the finals. South Africa players burst into tears that made the whole world cry.

That game was one of the games that fans thought there could have been two winners in cricket as New Zealand had equal fans because even, they deserved a place in final for the first time in the history. South Africa put down catches and missed run outs which cost them this game and it will be remembered as the most emotional day in South African cricket. They batted really well but in the end, the chokers tag still remained. 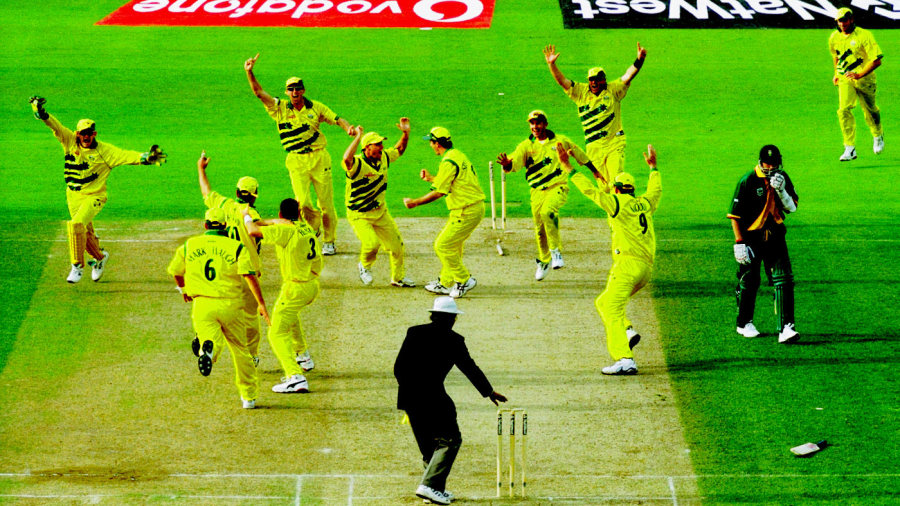 South Africa’s World Cup:- This is the cruelest exit ever the South African cricket have faced despite being the strongest side in the trophy. The last ball of the match saw the cruelest runout and saw the game end in a tie and Australia getting qualified with better win ratio. Once again, it was that one run which showed the exit door for South Africa and that still remains as the cruel exit. Since that game, Australia has won 4 world cups and South Africa are yet to win one.

So, why is it happening every time?

South Africa’s World Cup:- Yes, it might be a curse like everyone said. But to be practical, South Africa did not play at their best in those games. You cannot blame the fate all the time, sometimes big players have to step up in big games to remove that chokers tag, for example, if you take 2015 semifinal, if the catches were caught and run outs were made, they would have qualified for the final and even won the trophy. In 1999 Semifinal, if they were little sharp in that last ball, they would have qualified. In 2007, a better game plan would have helped them qualify.

In the upcoming world cup 2019, the Proteas must forget what happened in the past and play like a usual team aiming for glory. One more time when they can remove the chokers tag. They have a set of batsmen who can bat at any position and win the game and that is the trump card to be used to confuse the opposition and change their plan.

Cometh the hour, cometh the team, let 2019 be the year which makes South Africa the world champions.