Virat Kohli Walks Off Without Edging Ball: Don’t know what to call it, true sportsmanship or error in judgment, but it could have cost India badly; anyway thanks to Pakistan poor batting display otherwise Kohli dismissal was a burning topic of controversy.

So exactly what happened, Mohammad Amir bowled a bouncer targeting Kohli’s head, the bowl nicked Kohli’s bat and went straight to Sarfaraj Ahmed gloves, but actually, he didn’t nick and without waiting for Umpire call he went back to the pavilion. 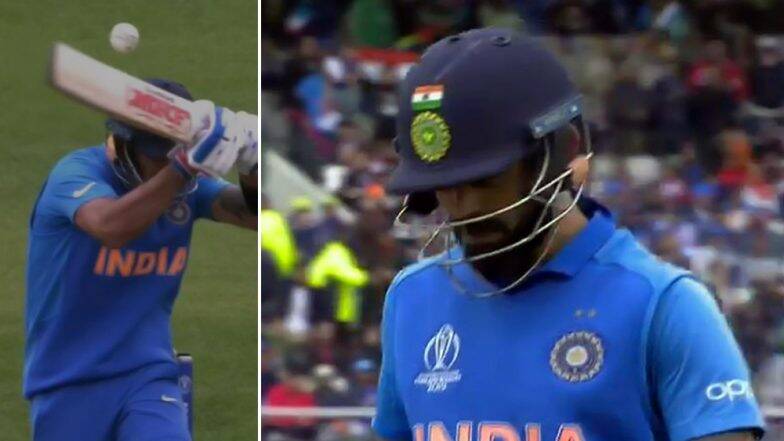 Before getting out he played a splendorous knock of 77 of just 65 balls. The replays clearly show that Kohli didn’t nick the ball leaving the Indian dressing room and fans frustrated. The possibility was that maybe Kohli heard the noise from his bat and thought out edging the ball, but later MS Dhoni and Virat Kohli were seen checking the handle of the bat.

He was looking for his 42nd ODI hundred and India was easily cruising towards 350+ mark, but his weird departure left the fans fuming on the social media. Maybe Kohli was trying to mimic his idol Sachin Tendulkar or the famous walker Adam Gilchrist. While some were amused by his sportsmanship, but some called it a mistake and some used the incident as a trending material for funny memes.

Have a look at some funny memes.

*Kohli does not verbally respond to Rabada*
Me : Nice

*Kohli asks the crowd to cheer for Smith*
Me : Nice

*Kohli walks when he is not out*
Me : pic.twitter.com/L3Cu7w3wMh

Indian fans to Virat Kohli after seeing he was not out. #INDvPAK pic.twitter.com/VY0oIDGV3E

#IndiaVsPakistan #CWC19
*Kohli gets caught out
Umpire: not out
Kohli: pic.twitter.com/Mznfu45hif

Fans to Kohli after he walks even though he was not out pic.twitter.com/iDUHbdCJr8

*Kohli walks when he is not out*

All of us @ Kohli pic.twitter.com/P7A8FT4nzQ