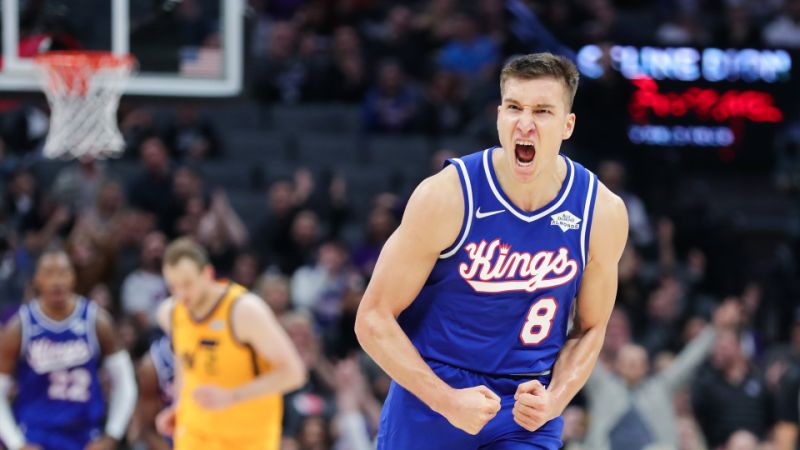 Sacramento Kings’ star guard Bogdan Bogdanovic has left a strong message for the fans saying that winning the title is the only thing on his mind if he has travelled to Orlando for the season completion.

Bogdanovic said this on the arrival of his side in Orlando on July 9. The Kings will be battling to gain a place in the playoffs for the first time in the last 14 years. Since the team’s training facility was closed down due to the coronavirus, the players will be having its complete get together for the first time since March. Kings have been allotted three-hour window for the group practice.

Bogdanovic is happy to be a part of the season restart and he is determined to put on the best show for winning the league.

“We came here to make the playoffs. That’s our goal. That’s our motivation I think,” the 27-year-old Serbian said this to NBC Sports.

"We came here to make the playoffs. That's our goal. That's our motivation I think." -Bogdan Bogdnovic

Sacramento Kings is one of the 13 teams from the Western Conference to qualify for the NBA restart and the entire focus of the team is on the post-season in Orlando where they can unleash their potential and advance to the playoffs stage.

The Kings are currently 11th in the Western Conference and four games behind Memphis Grizzlies which is at the 8th position. Bogdanovic has been grateful that his team has made it this far mathematically and now he himself intends to achieve success as he is currently averaging 14.5 points, 3.2 rebounds, 3.2 assists, and 1.0 steals this season. Sacramento Kings faces San Antonio Spurs on August 1 when the season restarts at the Visa Athletic Center in ESPN  Sports Complex in Orlando, Florida.