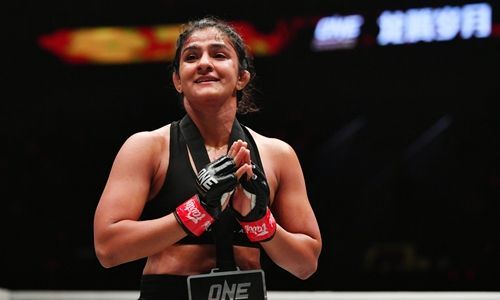 India’s Mixed Martial Arts Fighter Ritu Phogat said that Indian men’s cricket team skipper Virat Kohli never give up attitude inspires her and admitted that she loves watching Kohli’s batting whenever she gets time off from her training.

Ritu said this while speaking to Star Sports Show named as “Cricket Live” where she said “”When it comes to cricket and IPL, I am a really big Virat Kohli fan. Whenever I get time off from training, I watch his team RCB‘s matches and fully support them. I find Virat Kohli’s style of playing very smooth and pure, and I like that a lot. He never gives up and always gives his 100 per cent on the field, I find that very inspiring.” She further stressed that Kohli Training videos inspire her to keep a check on her training. She asked for support for her upcoming fight against Cambodian MMA sensation Nou Srey Pov on October 30.

@PhogatRitu will enter the ring for her first #MMA bout in eight months when she takes on Nou Srey Pov in The One: Inside the Matrix event on October 30.https://t.co/K2XH5LJM3q

Before Martial Arts, she also had a brief stint in Wrestling where she won Gold Medal at Common Wealth Wrestling Championship. She belongs to the family of Wrestlers often known as “Phogat sisters” in Wrestling arena. As the Hindi film was based on the life of her elder sister Geeta Phogat known as “Dangal” which received huge praise at Box Office. In February 2019, Phogat signed with ONE Championship with the intention of making her mixed martial arts debut. She said that the only reason why she joined Mixed Martial Arts as she wanted to become first Indian World Champion in the field of MMA. Till date she has competed in two matches of Martial Arts and won both games respectively. 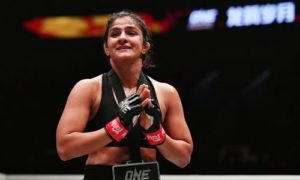 Ritu Phogat: My dream is to give India its first-ever MMA world champion 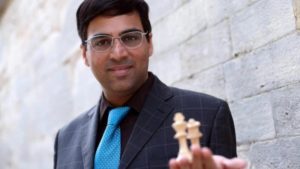 COVID-19 Impact: FIDE postpones the Chess Olympiad to the Next Year 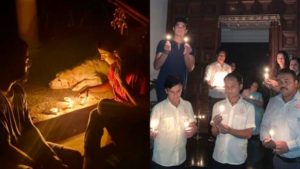 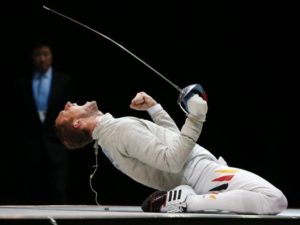 USA Fencing National Championships postponed due to coronavirus
Join us: