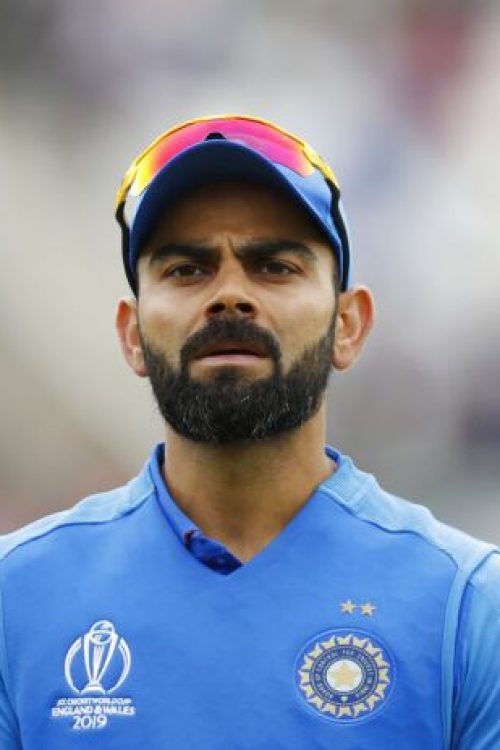 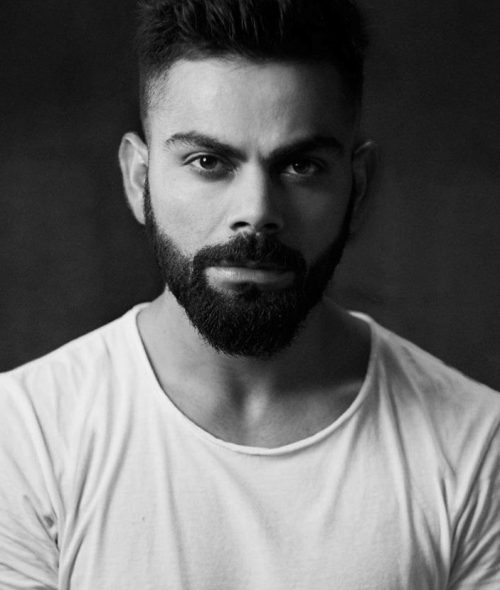 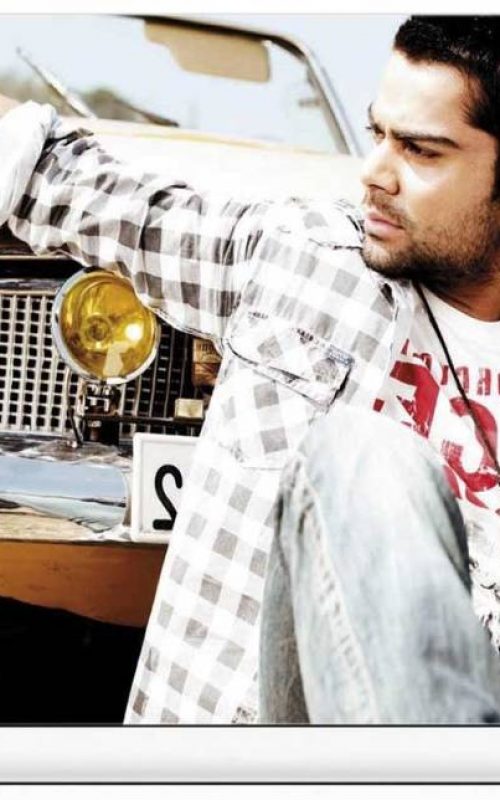 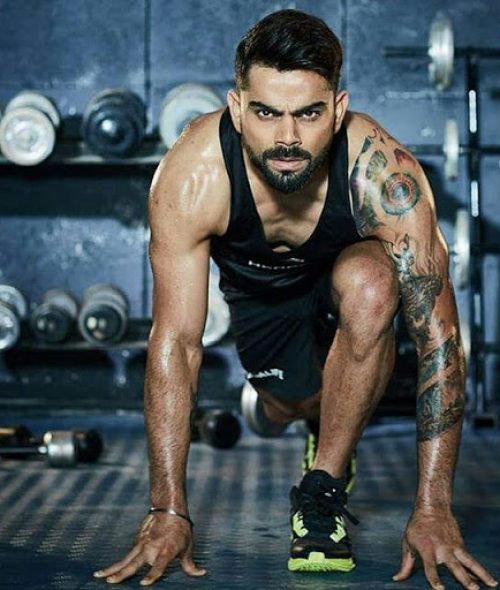 Virat Kohli, the only cricketer to set the field on fire and who has stolen millions of hearts by his spectacular performances. Watching Sachin Tendulkar utter the words of retirement in 2013 was painful to digest, and then there are others, successful and consistent if they fail to outshine even once, it almost everyone by surprise. Then came the king Kohli, who’s career took off in no time.

# Virat Kohli Early Life: The cricketer legend in making was born on 5th of November 1988 to his parents Prem Kohli a criminal lawyer, and Saroj Kohli a housewife, and the cricketer has two other older siblings to the family, Vikas, and Bhavna. Kohli is famously also referred to as “Chikoo” by his near and dear ones. Virat was very much into cricket since the beginning of time, and it all began in the summer of 1998, a year where half of the generation is thriving the millennial age of cricket. A very typical hot summer from the days of Bryan Adams, youngster Kohli was taken to coach Rajkumar Sharma of West Delhi Cricket Academy.

Virat Kohli did his schooling from Vishal Bharti School in Delhi, and observing his keen interest in cricket, Virat’s father enrolled him to West Delhi Cricket Academy under the supervision of a famous coach Rajkumar Sharma, about at the age of nine years. Later, in the coming years, Kohli joined Sumit Dogra Cricket Academy to become a professional prolific cricketer, and that decision kick-started his career. The iconic star’s parent and coach played a major role in contributing in the making of the “Virat Kohli” in the cricket sports industry.

# Virat Kohli Personal Life: The wife of Virat Kohli is none other than her long term girlfriend, Anushka Sharma. They were believed to be dating each other for around three years before reports came that they have broken up in the year 2016. Eventually, they came back together with great chemistry and finally tied the knot on December 11, 2017, in a wedding ceremony in Italy which was only attended by all the close friends and family members of both the families.

# The Infamous Journey of Virat Kohli: In the year 2002, the icon of youth cricket played for Delhi under 15 teams and when on to become the leading run-scorer for the Polly Umrigar trophy in the same year. This further lead him to earn the captaincy position and title for the team in the 2003 edition of the likewise tournament. Virat then got selected for the Delhi under 15 for the Vijay Merchant Trophy, the batsmen proved his prowess in the 22 yards whilst scoring 470 runs in the 4 matches he played with an average of 117.50 runs. Moreover, his constant showcase of brilliance in batting helped his team bag the trophy, and Kohli emerged as one of the topmost performers of the tournament in the process.

Now that Virat was all geared up and giving his best performances in batting. It only matters of time when he would be noticed by the National Selectors for Indian Cricket Team. Finally, after endless thriving in the field and giving the best performances, Virat earned the spot to Indian team under 19 squads which were gearing up for a tour to England in 2006. Yet again, the Indian team came out as victorious in the 3 match series, Kohli topped the list of the best performers in the series with an unbelievable average of 105. Virat went on to keep his brilliant run with the under 19 squads in the Pakistan tour, and which made its debut for the National senior team.

# U-19 World Cup Winners: Virat Kohli undoubtedly one of the best players in the youth circuit, his continuous brilliance showcasing his batting performances for the u19 team made him earn the captaincy role for the same team in the u19 World Cup held in Malaysia in 2008. Eventually, he helped the team bagged the World Cup, and played a significant role in their overall campaign during the process. It was only after the same victory that he was bought by the IPL franchise Royal Challengers Bangalore in 2008 with a price bracket of $30000.

# Kohli’s Debut in the Senior Team: Teenager Kohli played cricket for a tournament held in Malaysia, where a couple of men from BCCI’s HQ in Mumbai, India were keenly watching his every moves. This was the Indian Cricket selection committee, then headed by K Srikkanth. The committee was looking for a revival of the famed but aging Indian batting lineup. After bestowing the responsibilities of being the Captain of the Indian cricket team to MS Dhoni in 2008, the process only accelerated and demanded new players immediately. In Virat, selectors envisioned a reliable batsman that would have the capacity to hold together the team’s fragile middle order.

In the nick of time, when unfortunate events bombarded the committee to make a quick decision with two main men on the team being injured – Sachin Tendulkar and Virender Sehwag, they wasted little time and brought in onboard Virat Kohli. The cricketer went on to continue making good runs, and finally grabbed his first Man of the Match award in ICC championship trophy against West Indies, all because of a brilliant inning of 79 runs. This was the time when Kohli was still struggling to make a mark for himself in the cricketing world. In 2009, Virat scored his first century against the Sri Lankan team in the fourth ODI of the home series in India.

# The Rise of Yet Another Legend: Virat Kohli had already tasted the victory of being part of the India u19 world cup team which won the World Cup, however, tasting the blood of hard work and having the opportunity to hustle with the already existing legends was certainly a whole new level for Kohli. Yet again, Kohli proved his prowess on filed and kick-started India’s World Cup campaign with a century against the Bangladesh team, which made him win the title of being the first Indian player to score a century in his first World Cup match only.

After Gautam Gambhir’s injury, that provided an opening for Virat Kohli for the series against Sri Lanka. The Indian team was struggling for a win against the opponent and that’s when Kohli showed his prowess with a vital 35 runs which proved crucial in India’s first World Cup victory after 28 years. And as Virat said it, “Nothing can beat that feeling where you have been a part of your team’s victory in a world cup final.”

# Not so “Impressive” Test Debut: Although Virat has showcased his skills but were limited over’s cricket, he was yet to make his mark in the five days format. That where he finally got a chance to be a part of the Indian test squad for the West Indies tour in 2011 where he was one of the three uncapped players in the team. Although India came out as a winner of the series with 1-0, Virat didn’t impress the selectors whilst making just 76 runs in the three tests and eventually got dropped from the Test squad.

Although he was again recalled for the Test squad during India’s tour of England in 2011 in order to replace the injured Yuvraj Singh, he didn’t get to play a single match during the same series but still got chance in the ODI format where he played some good knocks.

# “Virat Kohli” Comeback in Test: When everyone thought that this player is not the right fit in the test squad, Virat proved everyone wrong by becoming the top scorer in India’s tour of Australia in 2011. Although the team lost the series 4-0, He did make his mark for being a prolific batsman with the red ball as well. Moreover, he also made his first test century whilst scoring an impressive 116 runs in the final match of the series at Adelaide.

Kohli was appointed as the vice-captain of the India team for the Asia cup 2012 and that’s where he played one of the best career knocks of his life whilst scoring an ultimate 183 runs whilst chasing against arch-rivals Pakistan. Although he didn’t been able to make his team reach into the finals, he has introduced himself to the cricket world in great style.

# Virat’s Journey to Become the Top Batsman: Although Kohli has established himself as a good batsman in the limited over’s cricket, he was yet to bring something special onboard for the cricket fans and he did exactly that whilst becoming the top scorer for the Indian team during their series against the mighty Australians at home and one of his brilliant knocks included an innings of 100 in just 52 balls which were also the fastest century by an Indian in the ODI format.

While many were still calling him as an ODI Player only, Virat proved them wrong whilst scoring 692 runs in India’s tour of Australia in 2014 which was also his first series as a captain for the Indian team after Dhoni took retirement from tests. This was the time, when everyone in the world has bowed down to the greatness of this legendary batsman and whilst this was just the starting of what was about to come, it established him in the league of greats in the cricket history. Ever since he has stepped into the International cricket, he has made the world believed in his greatness and skill for being one of the best batsmen of this era and he is still continuing with his quest of doing better with every day coming.

# Virat Kohli Records and Achievements: While these were just a few of the big list of rewards and recognition he has earned in his celebrated career of 10 years, his hunger to do more with his presence on the pitch every minute certainly makes him one of the greats in the history of cricket. Virat Kohli is the most followed celebrity online, whether its Instagram or any other social platform, name it – the fan following of Kohli is off guard.

# Virat Kohli Records: You simply had to have patience whilst counting his big list of records, rewards, and achievement in the International cricket as he got lots of them in his kitty in just a matter of 10 years. Whilst we don’t want you to wait for long, here’s the big list:

# Virat Kohli Net Worth and Endorsements: Kohli is currently the highest-paid Indian athlete with around 160 crores under his name annually. Whilst he is a professional cricketer who also plays in the Indian premier league for his franchise Royal Challengers Bangalore (RCB), he also gets a big chunk of his income from all the brand endorsements he does in the process along with other major commercial commitments. With that said, let’s take a look at some of the major business ventures and investments.

# Virat Kohli Controversies: Although this famous cricketer is known for his sheer discipline and dedication on the field, even he was surrounded by certain controversies in his career.

Virat Kohli can certainly be listed amongst the best cricketers of the current era and his big list of records along with current form further makes him one of the biggest players in the sport’s history. He is one of the few players who is loved and followed by almost every cricket fan around the world irrespective of the country they belong to and that can very well be quoted as the biggest reason for his worldwide popularity. Virat Kohli is an Indian worldwide famous cricketer.