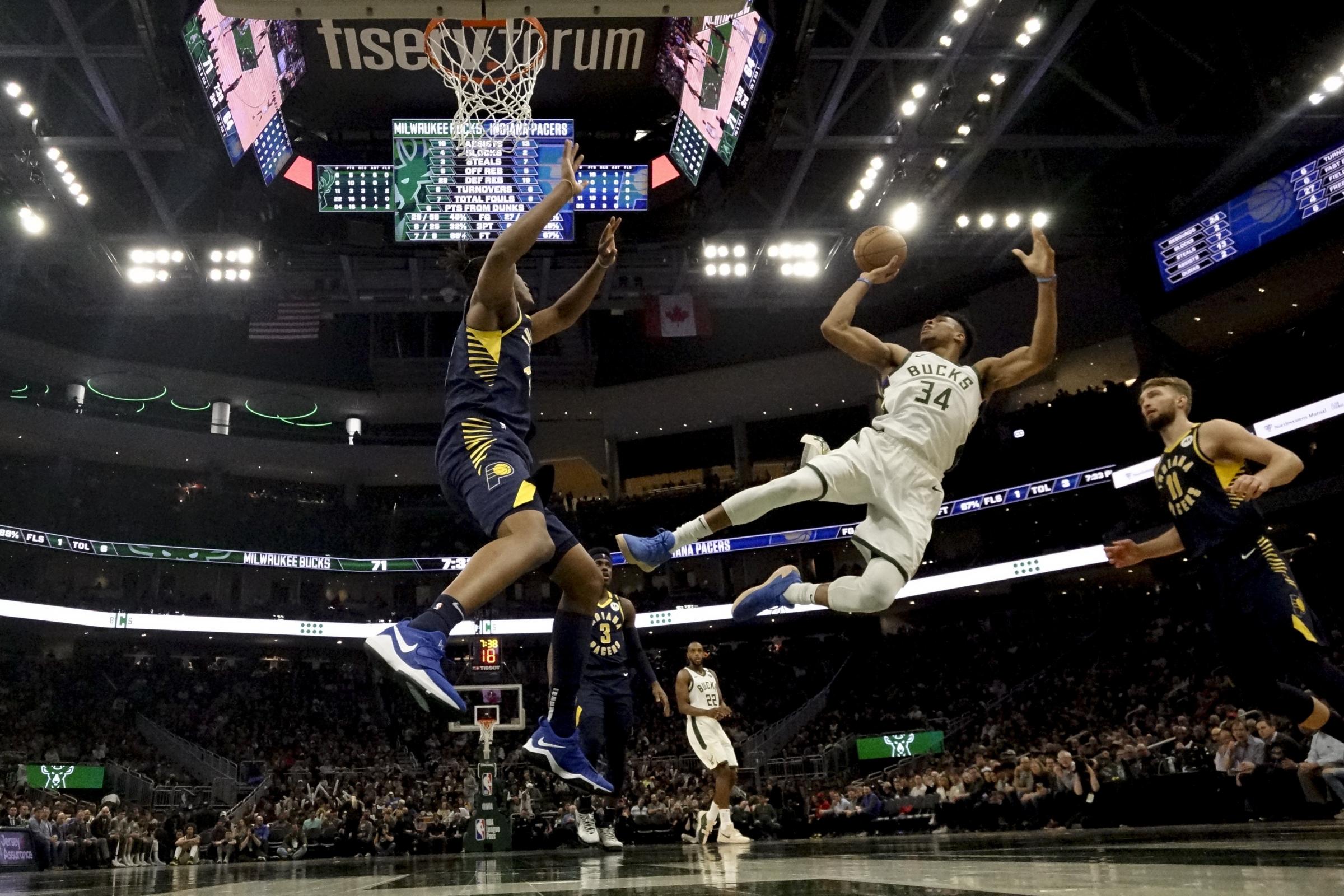 Here is the roundup of select NBA matches played on Thursday, March 05, (IST).


Just a couple of days after enduring the worst night of the season against Miami Heat, it was business as usual for Giannis Antetokounmpo and Milwaukee Bucks as the Eastern Conference leaders beat Indiana Pacers 119-100 at Fiserv Forum. 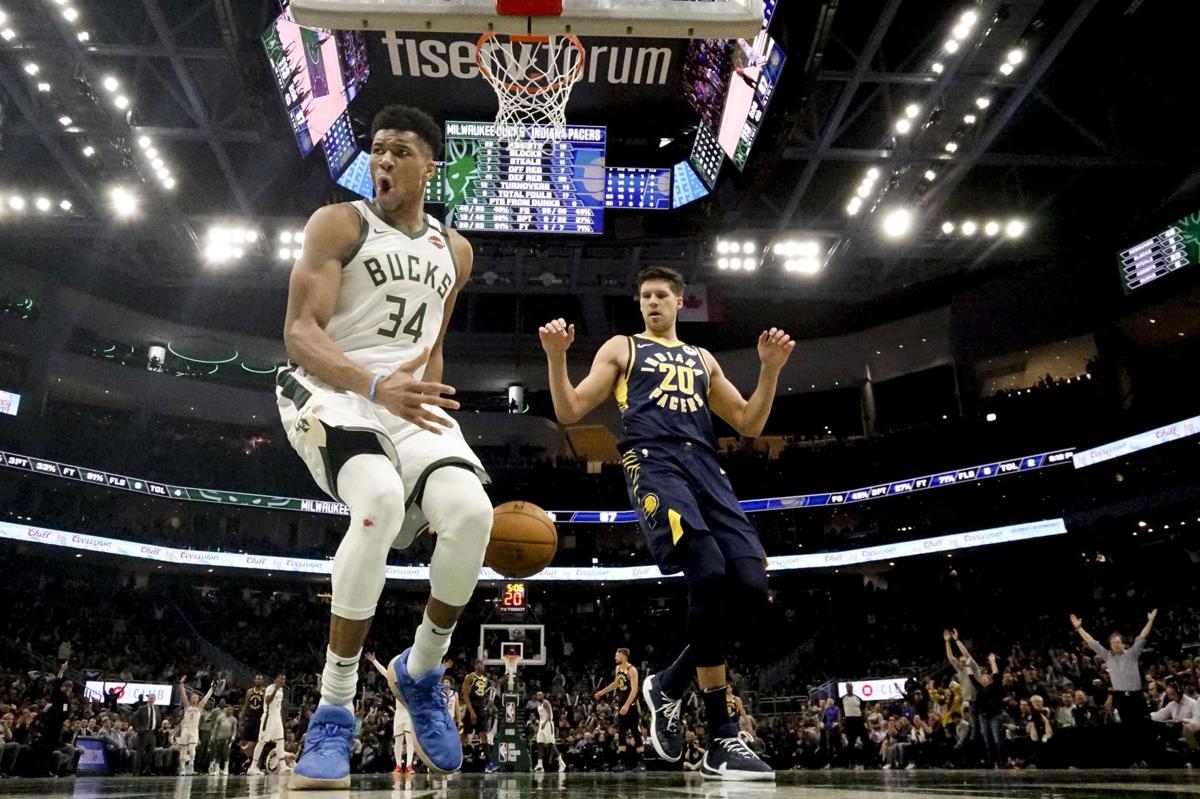 Miami Heat limited the Bucks to just 89 points, took advantage of uncanny defensive tactics, and rained down 18 3-pointers on Mike Budenholzer’s men. But what was more intriguing was that the Heat managed to cage Giannis to just 13 points on that night, something which looks alien, at least this season, considering the phenomenal numbers the Greek-Freak has been racking up all season.

But things went back to normal zones for both Bucks and Giannis himself against the Pacers. The reigning NBA MVP dropped a game-high 29 points and clocked another double-double with 12 rebounds. Khris Middleton had the game’s second-best efforts with 20 points, while Eric Bledsoe, Wesley Matthews, and Donte DiVincenzo all touched the double-digit mark for the Bucks.

For the Pacers, the defeat was a double whammy as they lost Malcolm Brogdon to a hip injury. The former Bucks had 4 points, 2 boards, and as many assists in 11 minutes before exiting the court.

With that win, the Bucks improved to 53-9 on the season, and 28-3 in home games. They will now go on a three-game away swing against the Western Conference teams, starting with the mouthwatering clash against Western Conference leaders Los Angeles Lakers at Staples Center on Saturday morning (IST). The battle between the reigning and the possible rookie of the year lived up to its billing as Luka Doncic and Zion Williamson put on a show in Dallas, at American Airlines Center. But it was the 21-year-old Slovenian who walked out with a smile on his face as Dallas Mavericks beat the New Orleans Pelicans 127-123 in overtime.

Lonzo Ball came out with all guns blazing as he notched a pair of 3 pointers. Pelicans were 14-7 in the early going when Dallas opted for a time-out. It proved to be the catalyst as Dallas found its groove and closed out the first quarter at 24-22.

Then there was a long stretch where both the teams exchanged possession. The second quarter ended at 33-33, and the third phase also finished with both the teams matching each other’s efforts with 30 points apiece. Pelicans won the fourth quarter 27-25 to erase Dallas’ first-quarter two points advantage and forced the overtime.

Doncic had a couple of step-backs, Maxi Kleber scored a three-pointer while Tim Hardaway also notched a couple of points as Dallas won the overtime 15-11.

Luka Doncic notched his 22nd career triple-double for the Mavericks after recording 30 points, 10 assists and 17 boards against the Pelicans. With that, he became the franchise record-holder for triple-double, surpassing Jason Kidd on the list. What’s more impressive is that he achieved this feat in 122 fewer games. Incredible!

Maxi Kleber‘s defensive astuteness was the biggest haymaker for the Mavericks as he made five blocks in the game and boxed out Zion Williamson.

Kristaps Porzingis is showing signs that he may be reaching his potential ceiling after posting 34 points, 12 rebounds, four assists, and five blocks in the match.

For the Pelicans, Brandon Ingram scored 27 points, Lonzo Ball had a double-double with 25 points and 11 boards, but Zion Williamson will definitely hog more limelight after scoring 21 points. The rookie is now on a 12-game 20-point game run.

Portland Trail Blazers recorded their second straight positive result with a 125-104 win over the Washington Wizards to move to 9th in the Western Conference. Damian Lillard and Co. are three-and-a-half games behind 8th placed Memphis Grizzlies.