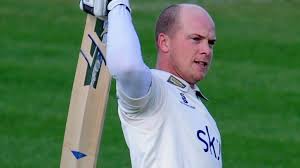 Warwickshire County Cricket Club wicket-keeper batsman Tim Ambrose has announced that he would retire from professional cricket at the end of 2020 season.

Ambrose has played 500 professional games in his career, including 11 Tests, five ODIs, and One T20 match for England.

“ I have decided that after 20 years, it is time for me to retire from cricket and Warwickshire County Cricket Club. I will say the usual words of ‘honor and privilege’ but will know that to me they don’t quite convey my gratitude for the opportunity I have had” Ambrose said in a statement.

“ It is a difficult thing to accept as I would love to play another 20 years if it was all possible, but it is the right time for this talented, energetic, and ambitious young squad to move forward and make their mark,” he added.

Ambrose has won four domestic trophies across all three formats of the game with Warwickshire. The wicketkeeper-batsman has scored 11,349 first-class runs including 18 centuries.

“ Tim has been one of the greatest wicketkeeper batsmen of the modern game and he will retire at the end of this year as a true Warwickshire legend,” said Paul Farbace, Sports Director at Warwickshire CCC.

“He’s a model professional and, by playing out the 2020 season, we will fitting farewell before he moves on to next challenge” Farbace added.

His overall career statistics are described below: