West Indian all-rounder and a regular in the Indian Premier League Chennai Super Kings that is captained by MS Dhoni, Dwayne Bravo is of the opinion that the Indian wicket-keeper will play in the T20 World Cup that will be held in Australia ext October. Bravo added that as Dhoni has not announced his retirement, the chances are high that the 38-year old can be in the squad for the event. 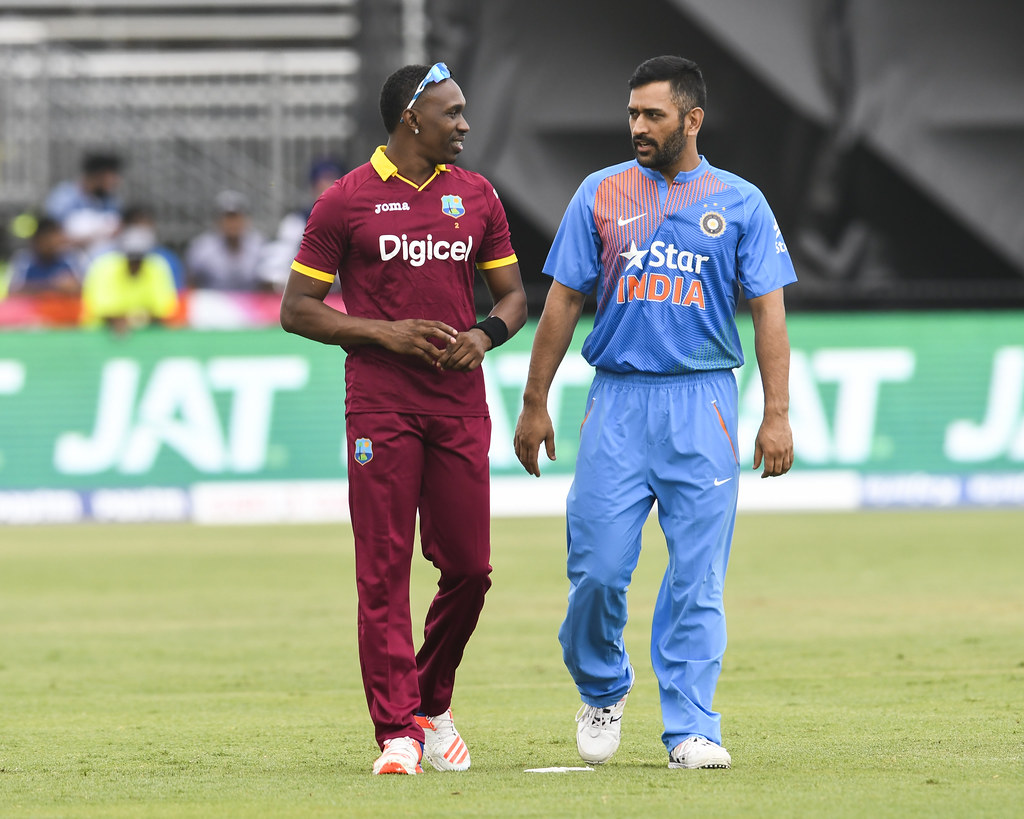 “Dhoni has never retired. So I think he will be there at the World T20. MS has never let things outside cricket influence him and he has taught us the same and told us to never panic and trust our abilities,” Bravo told The Times of India.


MS Dhoni has been on a break from international cricket ever since the semis of the ICC World Cup this July where India had lost to New Zealand. The Ranchi lad missed the subsequent series against West Indies to serve in the Indian Territorial Army, and has made himself unavailable in the following series’ against South Africa, Bangladesh and is also not a member of the ongoing series against West Indies at home.

Bravo, on the other hand, who did not play in the recent T20I series against India, announced that he would be staging his comeback to international cricket and made himself available for the T20I side. Bravo had announced his retirement from international cricket in 2018, but stated that he wants his team to reach the peak again, and has high hopes from skipper Kieron Pollard.

Ever since the West Indies side won the T20 World Cup in 2016, their fortunes in the format have dwindled, and they are ranked number 10 in the world currently. Despite the presence of some of the biggest hitters in the country, the national team has been affected by their absence, as players like Bravo, Andre Russell, Chris Gayle and Sunil Narine preferred playing in T20 leagues over playing for the national side.