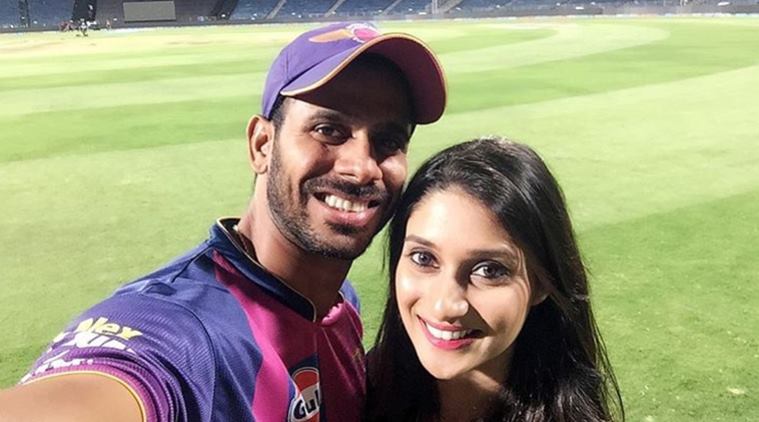 Yes, you heard it right Sushmita Roy wife of Bengal cricketer Manoj Tiwary did not like what a fan page did on their Instagram page who named her husband in the list of India’s flop XI.

She gave her peace of mind to the owner of the page titled “IPL Freak”. She said “Who so ever has created this page get your bloody facts to check. How dare you put my husband’s name on the list. Do something in your s***ugly life before posting any s*** about people. Go n get a life”.

Tiwary belongs to a rare group of batsmen who had scored a century and still he was dropped from the playing X1 after scoring a century in the previous match. He made his debut for India in 2008 and played a match-winning unbeaten 104 against West Indies in December 2011 in Chennai.

After that, he was subsequently dropped from the team and did not play for the next 14 games.
Then he got an opportunity to play for India was after eight months when India toured Sri Lanka in August in 2012. He scored 21 in the fourth ODI followed by a half-century and then he was sidelined for two years.

After some years he was selected for Zimbabwe tour in 2015 for three ODI series and that was his last outing for India.

Also, the captain and management should have shown more trust in this promising player as when you are going through the rough patch which happens with all top-class players you need backing from the management and especially from your captain.