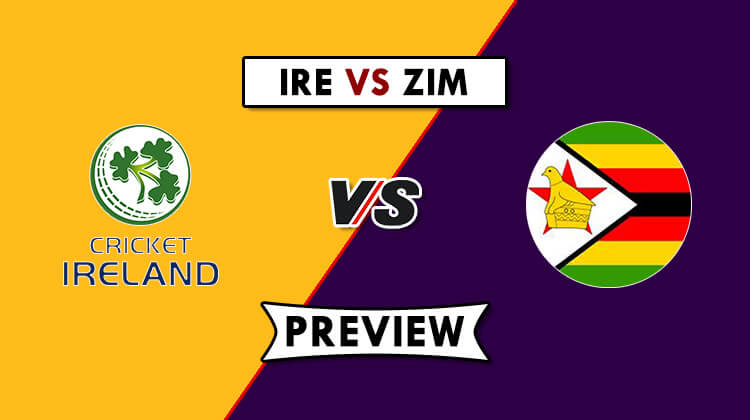 IRE vs ZIM 3rd ODI Dream11 Prediction: Amidst the World Cup frenzy, two Associate Nations are having a series of their own. Ireland is hosting Zimbabwe in a 3 ODI’s and 3 T20’s series. Ireland have taken an unassailable 2-0 lead in the ODI’s, winning the first game by 5 runs and chasing the total in the 2nd, with 4 wickets to spare.

Match Details: IRE vs ZIM
The match will be played at Civil Service Cricket Club, Belfast. The match will begin at 3:15 PM IST on 7th July 2019.
The last ODI between the two was also played here.

Ireland:
Paul Stirling has been in good form and can be banked upon to get a good return.
Andrew Balbirnie, Shane Getake and Mark Adair could be the other top picks

Zimbabwe:
The duo of Sean Williams and Craig Ervine will be the mainstays of Zimbabwe’s batting line-up and can be expected to deliver high returns.
Kyle Jarvis and Ryan Burl could also be banked upon to get points.