SRH lead-pacer, Bhuvneshwar Kumar has been ruled out of IPL 2020 and won’t’ be able to play for the remainder of the tournament, Sunrisers Hyderabad confirmed on Tuesday. Bhuvneshwar Kumar suffered an injury during SRH’s recent game against CSK. He picked up the injury while bowling the second last over of the innings to MS Dhoni. 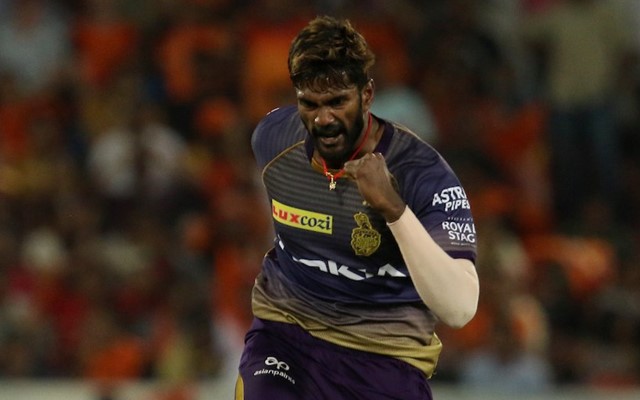 Various speculations were made on the possible replacement for the Indian pacer. The franchise has now announced that Prithvi Raj Yarra will replace Bhuvneshwar for the remainder of IPL 2020.


“Bhuvneshwar Kumar is ruled out of Dream11IPL 2020 due to injury. We wish him a speedy recovery! Prithvi Raj Yarra will replace Bhuvi for the remainder of the season.” SRH wrote on its twitter handle.

For those of you who don’t know, Prithvi Raj Yarra is a 22-year old Indian seamer who plays for Andhra Pradesh in domestic cricket. He has taken 39 wickets in 11 first-class games in his domestic cricket career so far. He has also played for Kolkata Knight Riders in IPL.

Bhuvneshwar Kumar’s injury came out as a huge blow for the side. SRH were already struggling for experience in pace department and absence of Bhuvneshwar could well hurt them going forward. Bhuvneshwar Kumar has reportedly suffered a grade 2 or grade 3 injury which means that he might well be ruled out of upcoming India’s tour of Australia as well.

Sunrisers Hyderabad haven’t had a great start to the tournament, having claimed just 2 wins in 5 matches so far. Warner and Boys made a great comeback after beating CSK by 7 runs. However, they suffered a 34-run defeat at the hands of Mumbai Indians in the game which followed thereafter.

Sunrisers Hyderabad will face Kings XI Punjab in their next match of IPL 2020 on Thursday.