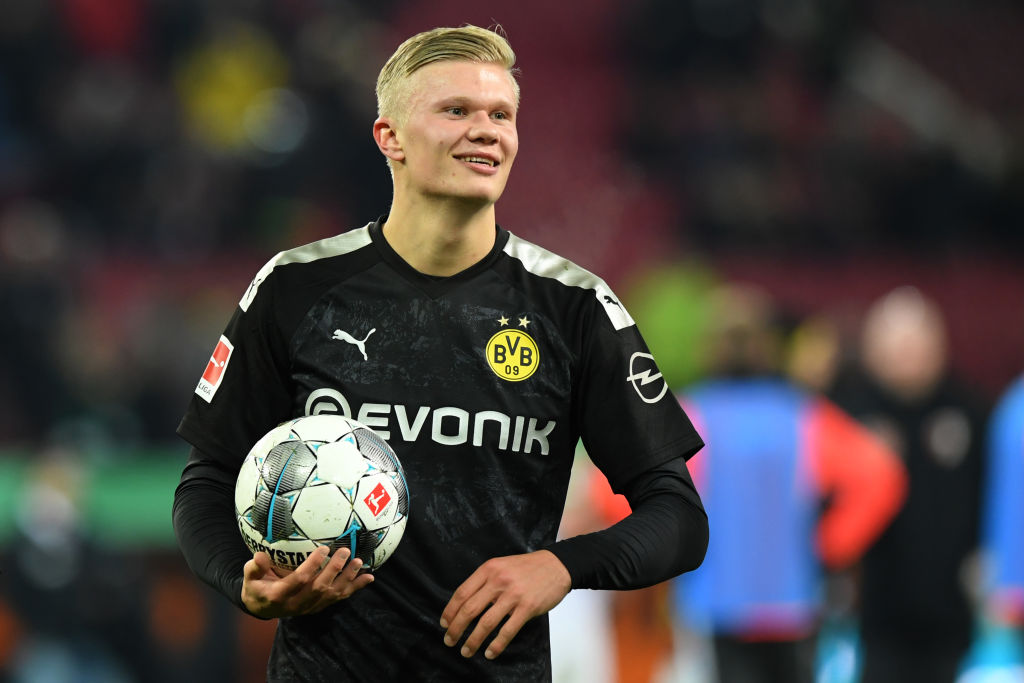 New Borussia Dortmund striker Erling Haaland has been named as the Bundesliga Player of the Month despite playing less than an hour of football in January.

With this stat, he thus managed to defeat teammate Jadon Sancho and Bayern Munich’s Robert Lewandowski to win the award.

The Norwegian also bagged the Rookie of the Month award to cap off his first month in Germany in style.

“He’s unstoppable,” Dortmund coach Lucien Favre said per ESPN. “It’s fantastic as a coach to have a player like that.”

The striker has now scored eight goals in his first five games for ‘BVB’ and told the Bundesliga’s official website that he never expected to start so strongly.

“No. To be honest, no, not like this. But you know, that’s how it is, and I’m happy about that,” he explained.

With a plethora of young talent at their disposal including English teen Jadon Sancho, Lucian Favre’s side have a tremendous potential to be back among Europe’s best.

Haaland praised the English international as well as Thorgan Hazard and captain Marco Reus for being world-class and helping him settle in.

“You know, I’ve been here one month, but when my team is all so good, it gets easy sometimes to create chances and to play with them, because they’re so good.

“The first second I played with Jadon [Sancho], Marco [Reus], Thorgan [Hazard], you know these guys, it just sits direct, and that’s how it is with world-class players.“

Both Sancho and Haaland were on the scoresheet Friday night as Dortmund ran out 4-0 victors over Eintracht Frankfurt.

When asked whether Haaland finds it difficult of the hype that surrounds him, he said:

Haaland and his team will next play French Ligue 1 champions Paris Saint-Germain at home in the first leg of the UEFA Champions League Round of 16 clash on Wednesday, February 19.