Bengaluru Bulls got off to a great star, beating the fancied Patna Pirates side in a closely fought encounter, 34-32, to kick-start their title defence in the best of ways. Gujarat Fortune Giants have maintained their core intact by including Pro Kabaddi Season 6 skipper Sunil Kumar Malik, Sachin Tanwar, and Parvesh Bhainswal. GB More and Abolfazl Maghsoudlou Mahali are two new inclusions this season in a bid to strengthen their raiding department. As far as the defence goes, the team has bought the services of Amit Kharb who will be accompanied by Ruturaj Koravi and Sonu Gahwalat in what is one of the meanest defences in the league. 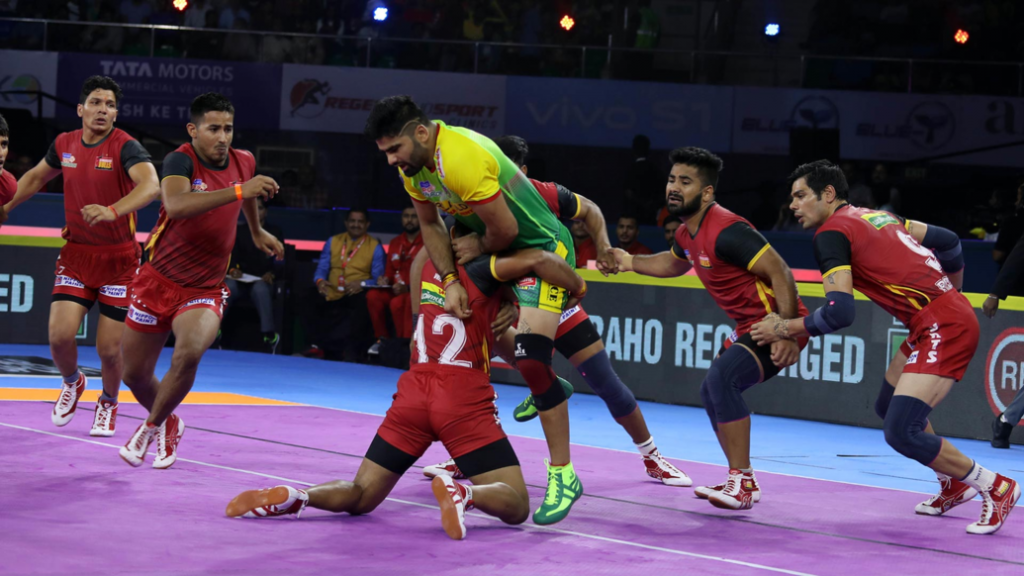 A team boasting of star raiding unit, Bengaluru Bulls will be one of the strongest contenders to lift the title. They have given an account of themselves in the first game as well, where they came back from behind to clinch the game.

Pro Kabaddi Season 6 top raider, Pawan Kumar Sehrawat was yet again the key player, while skipper Rohit Kumar provided the perfect support.  While the onus was on Mahendra Singh to lead the tackling department, it was Amit Sheoran, who had an exemplary game in Bengaluru’s side of the mat.

This will be tough to call, but given Bengaluru beat Gujarat Fortune Giants both times last season in the play-offs, and would come back into the game with a win under their belt, they will be the favourties. However, it won’t be a surprise if Gujarat Fortune Giants can topple the defending champions to go top of the table for the time-being.