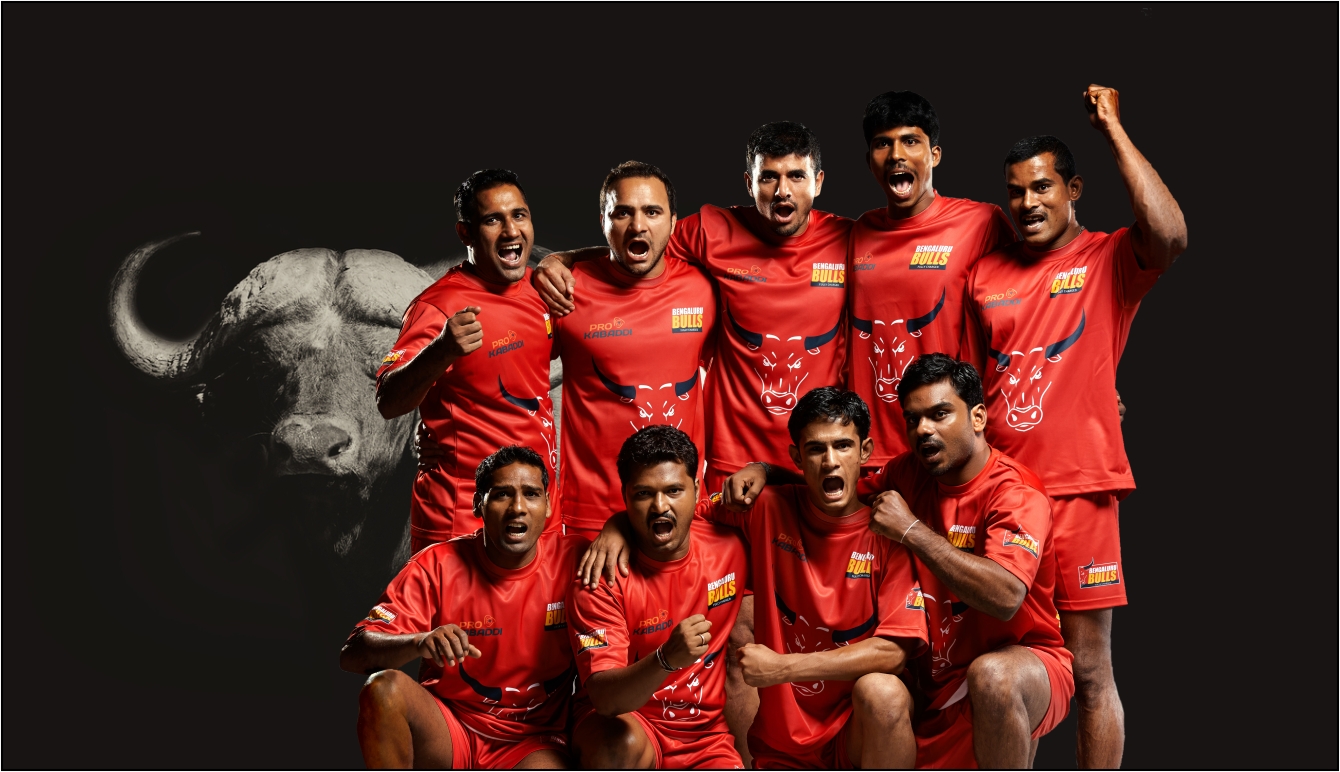 Bengaluru Bulls Pro Kabaddi League Season 7: Champions of Season 6, Bengaluru Bulls have blown hot and cold over the seasons in the Pro Kabaddi League. The Bangalore-based franchise made it to the semi-finals in Season 1 and played the finals in the very next season where they lost to the champions, U Mumba. However, Bengaluru Bulls could not maintain their form in the next three seasons as they fell into oblivion and could not reach the playoffs stage even once in three seasons. In Season 6, Bulls announced their return to the form in style by defying all the odds and getting their hands on the coveted Pro Kabaddi League trophy for the first time in their history.

What Bulls Did in Season 6?

Bengaluru Bulls have deservingly crowned the champions of the Pro Kabaddi League in Season 6. Bulls didn’t have the best team overall in the tournament, but in Pawan Kumar Sehrawat they had the most valuable player of the season, and he almost single-handedly ensured that Bulls get their hands-on Pro Kabaddi League title.

How Did the Auctions go for the Bengaluru Bulls?

The Bulls went to the auctions with a crystal clear in their strategy to re-build their squad from last season. In the auctions, they didn’t show any interest in the big Iranian names and instead signed lesser-known names in all-rounder Sanjay Shreshta for ₹10 lakhs and Nepal’s Lal Mohar Yadav again for ₹10 lakhs from the foreign players’ category.

Bengaluru Bulls had an option to exercise only one’ Final Bid Match’ card, and they waited patiently for Mahender Singh’s name to come up at the auction. Bulls exercised their FBM card to re-sign their defensive mainstay from the title-winning season for ₹80 lakhs. 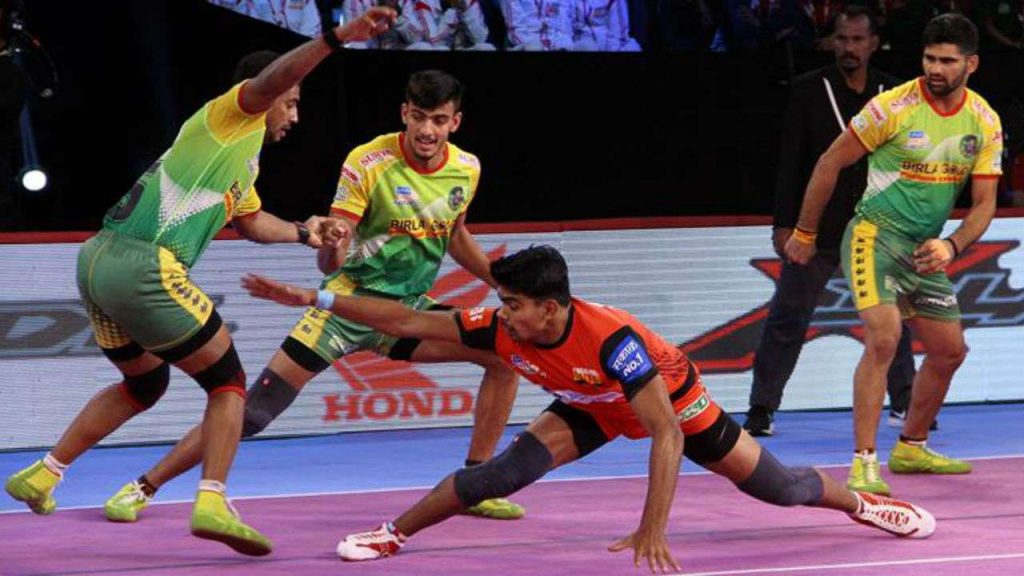 Post the signing of their prized-asset Mahender Singh, Bulls only tried to plug in the holes in their squad for the rest of the auction as they re-signed the likes of corner defenders Raju Lal Chaudary for ₹10 lakhs and Sandeep too, for the same amount.

However, Bulls aggressively bid for the lanky defender Vijay Kumar and added yet another impressive corner defender to their roster for ₹21.25 lakhs.

The Bulls signed off from the Season 7 auctions after buying Vinod Kumar for ₹10 lakhs and youngster Aman for ₹6 lakhs.

The bulls have managed to retain the core players of the team, and it is certain to work well for the Bulls as many players already have good chemistry among them. Pawan Sehrawat and Rohit Kumar will yet again pose a considerable threat to the opposing teams in the league, while Mahender Singh and Ashish Sangwan’s alliance will look to shut down the raiding attacks of their opponents.

What the Bulls might miss in their ranks this season is the lack of experienced support on the raiding front. If either of Pawan Sehrawat or Rohit Kumar fails to repeat the magic from the previous season, things might get tougher for the Bulls. The back-up options Bulls have in the raiding department are Vijay Kumar, Vinod Kumar, and Sumit Malik, who still don’t have enough experience to play at the highest level in pressure situations.

How are Bengaluru Bulls Looking? 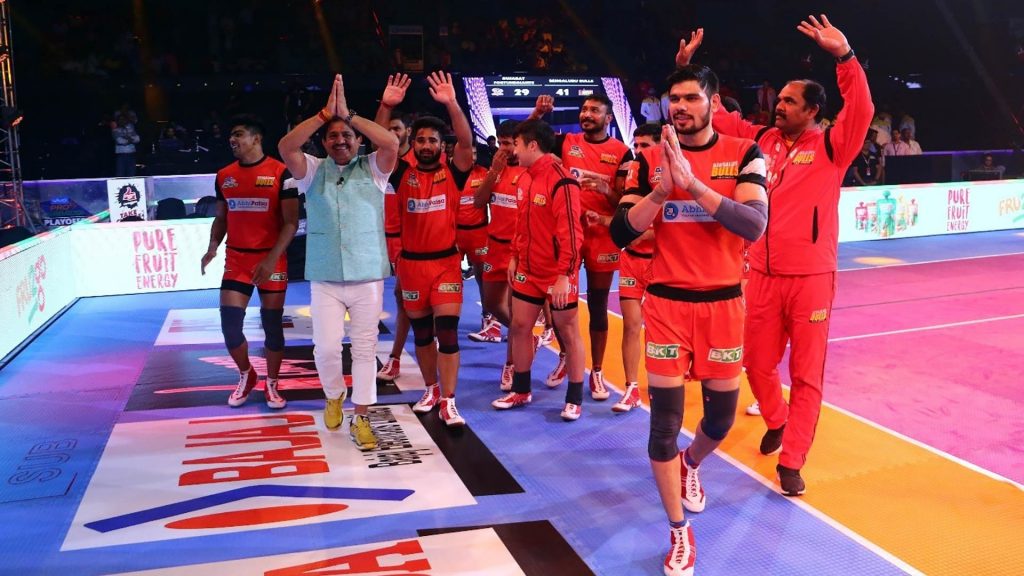 Almost identical to the last season.
Bengaluru Bulls have kept their core team intact, and they will be looking to repeat their performances from the last season. However, what worked a little too well for the last year were Sehrawat’s epic super raids at the crucial junctures, which might or might not work for them again this year. Bulls should have invested in a good defender, a back-up raider, and unfortunately, they haven’t done that.

What Can be Expected from Bengaluru Bulls in Season 7?

The defending champions as per their track record may once again have a mediocre season. With all the flaws in the squad, it will be unfair to expect the repetition of the last year’s heroics from the Bulls.

Players to watch out for

Mahender Singh: Bengaluru Bulls’ best defender on the mat last season, Mahender Singh has been a part of the Bengaluru Bulls squad ever since season five but enjoyed his best performance last season. He went on to pick 63 tackle points last year and played a vital role in the Bulls’ league triumph. Mahender’s tackle strike rate of 51.06% makes him the most dangerous defender in the league.

Pawan Kumar Sehrawat: With 282 points in 24 matches, Pawan emerged as one of the biggest surprises of the last season. He was the most influential force which took Bengaluru Bulls to their maiden title. Pawan successfully executed whopping 12 super raids last year, and he saved his team from losing on numerous occasions. He will be the team’s X-factor once again. 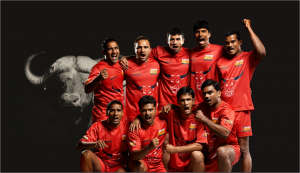 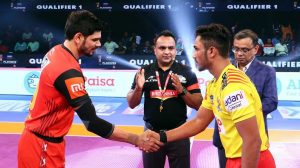 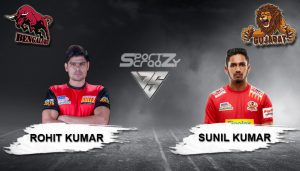