PHI vs BOS Dream11 Prediction: In the NBA 2019-20 regular season, Philadelphia 76ers will be hosting the Boston Celtics in the Atlantic Division of the Eastern Conference basketball match on Friday.

Philadelphia 76ers are 24-14 in the Eastern Conference and are coming into this contest after defeating Oklahoma City Thunder by 120-113. In the 76ers win over the Thunder, Philadelphia was led offensively by Josh Richardson.  Richardson connected on 9 of 17 attempts from the floor, making 3 foul shots, registering 23 points.  The 76ers shot 51% from the floor and 50% from 3-point range. The 76ers are 16th in the league in scoring offense as they put up an average of 109.9 points per game on the year. Philadelphia is 11th by collecting 46 rebounds per contest while the team is third by dishing out 26.7 assists per game. The 76ers are 7th in the league in scoring defense as they allow 105.9 points per game this season. Joel Embiid leads Philadelphia with 23.4 points, 12.3 rebounds and 3.3 assists per game on the year. Tobias Harris puts up 19.4 points plus 6.5 boards a game, Ben Simmons adds 14.9 points, 7.5 rebounds, 8.6 assists and 2.2 steals a night

The Boston Celtics are on the road for a matchup with the Philadelphia 76ers.  The Celtics are (25-9), coming off a 99-94 loss to the Washington Wizards. In the Celtics loss to the Wizards, Boston was guided throughout the game by Jaylen Brown.  Brown connected on 7 of 22 attempts from the floor, making 7 foul shots, totaling 23 points and 12 rebounds. The Celtics enter Wednesday leading the Atlantic Division by 2.5 games over Toronto Raptors. Boston Celtics are ranked 14th in the league in scoring offense with an average of 110.9 points per game this season. Boston is 10th in rebounding by pulling down 46.2 rebounds per contest and stand 21st in assists with 23.1 dimes per game. On the season, Boston is first in the league in scoring defense by allowing 103.5 points per contest. The Celtics are led offensively by Kemba Walker, who puts up 22.5 points, 3.9 rebounds and 5.2 assists per game on the year.

The basketball match between Philadelphia 76ers vs Boston Celtics will be played at the venue Wells Fargo Center, Philadelphia. The capacity of the Arena has around 19,500 spectators.

The basketball match between Philadelphia 76ers vs Boston Celtics will start at 5:30 AM IST on January 10, 2020,  Friday.

The basketball match between Philadelphia 76ers vs Boston Celtics will be broadcasted in India on the Sony Sports Network. You can also watch it online on the SonyLIV app. Live Score & Streaming will also be available on the NBA official website.

Philadelphia 76ers: Joel Embiid (finger) would be back after January 11 after he dislocated his finger. 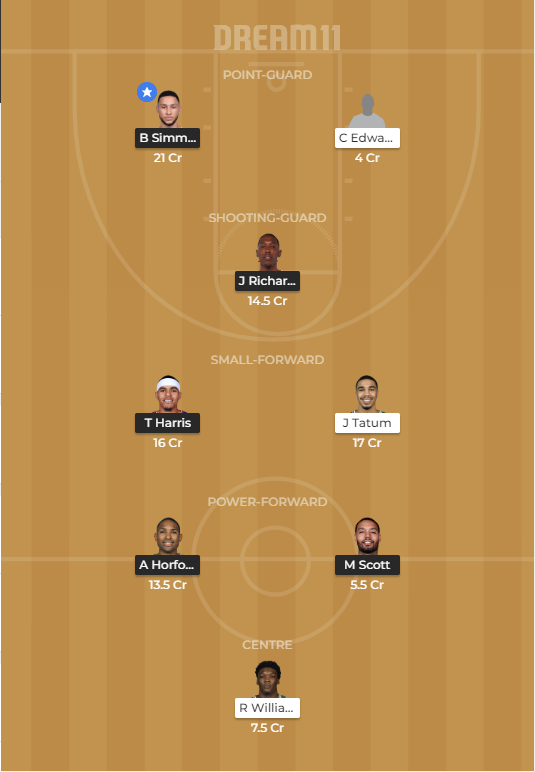