Ireland stunned the defending champions West Indies by 4 runs in the first T20I played at National Cricket Stadium, St George, Grenada on Wednesday, thanks to a brilliant opening partnership between Paul Stirling and Kevin O Brien.

Ireland captain Andrew Balbirnie won the toss and decided to bat first. Paul Stirling looked in imperious form with some clean hitting against the West Indies. Kevin O Brien played with positive intent making sure that Ireland race along. At the end of six overs, both openers posted a record 93 runs. 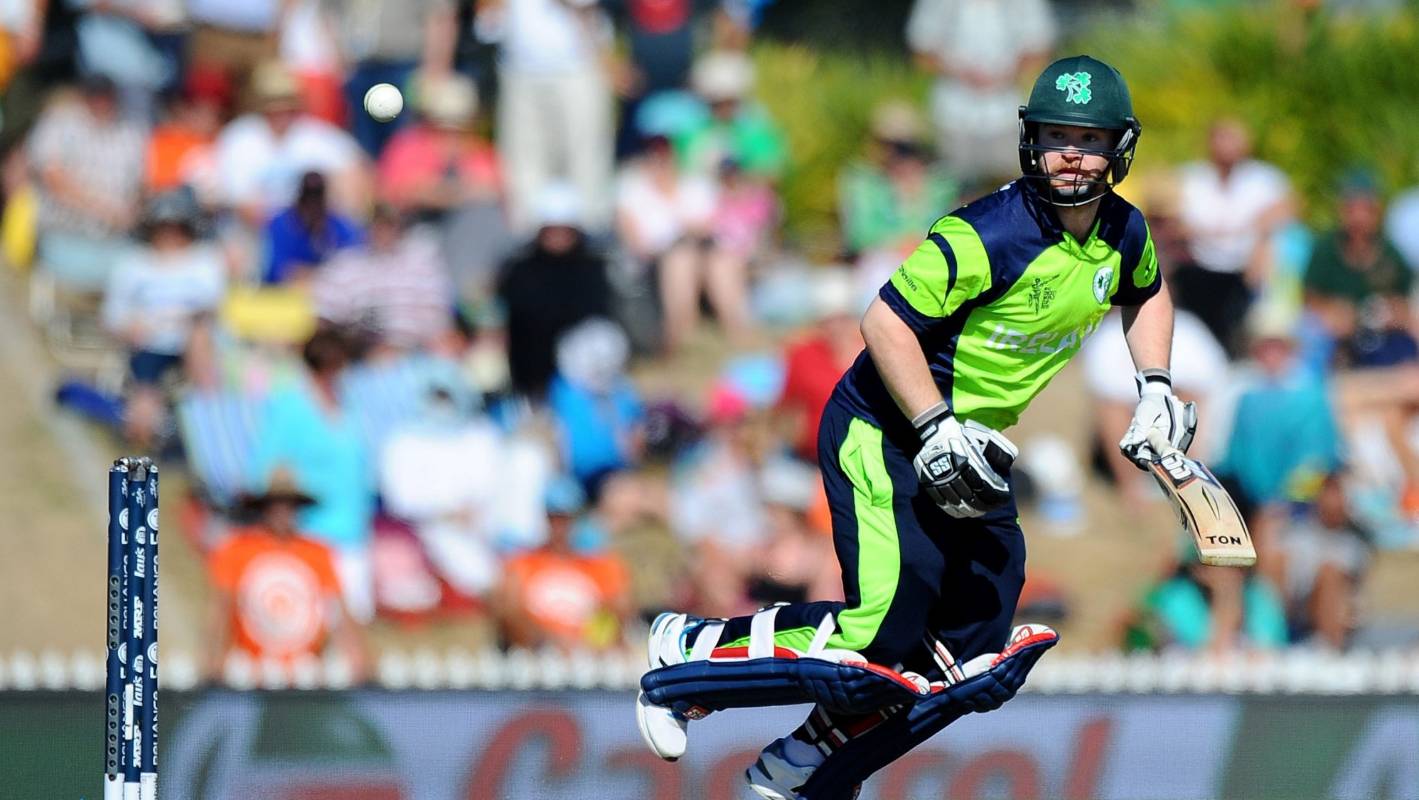 After the power play overs, Stirling reached his fifty off just 20 balls and continued to hit big shots which put pressure on West Indies bowlers. It was an amazing batting display by both Ireland openers who played an array of strokes. Dwayne Bravo playing a first international match for West Indies got the breakthrough dismissing Kevin O Brien for 48. Ireland openers added 154 runs in just 12.3 overs.

In the next over, Paul Stirling was also dismissed by Hayden Walsh Junior for a brilliant 95 off 47 balls. West Indies bowlers made a strong comeback taking wickets of Andrew Balbirnie and Harry Tector in quick succession, however, Gary Wilson and Gareth Denly bought Ireland innings back to the track with a quickfire partnership of 35 runs. Sheldon Cottrell bowled a great 20th over picking 2 wickets of Gary Wilson and Simi Singh. Ireland finished at 208 for 7 at the end of 20 overs.

Chasing 209 runs to win, Lendl Simmons and Evin Lewis got off to a flying start with aggressive stroke play. Joshua Little got the breakthrough for Ireland dismissing Simmons for 22. Simmons and Lewis added 37 runs in 3.3 overs. Evin Lewis continued his impressive form taking on Ireland bowlers. Shimron Hetymer came to the crease and faced few balls. At the end of six overs, West Indies were 63 for 1.

After the power play overs, Evin Lewis reached his fifty off just 24 balls. Craig Young got the big wicket of Lewis for a brilliant 53. Lewis and Hetymer added 56 runs for the 2nd wicket. Hetymer hit some big shots which put Ireland bowlers under pressure. Kieron Pollard too hit some lusty blows which kept West Indies in the hunt. George Dockrell dismissed the dangerous Hetymer for 28 off 18 balls, while Pollard was dismissed after a quickfire 31 off 15 balls.

Nicolas Pooran and Sherfane Rutherford hit 27 runs off McCarthy over in 18th over to keep West Indies in the hunt. In the next over, Craig Young dismissed the dangerous Pooran for 26. Pooran and Rutherford added 44 runs for the 5th wicket.

With 13 runs required off the last over, Joshua Little gave away 8 runs and took 2 important wickets to help Ireland win a thriller by just 4 runs.

Ireland take 1-0 lead in the 3 matches T20I series. The 2nd match will be played on 19th January at St kitts.