Thanks to a brilliant century by Evin Lewis, West Indies powered to a 5 wicket in a rain-curtailed game in the 3rd ODI match played at St George Stadium, Grenada on Sunday.

West Indies captain Kieron Pollard won the toss and decided to field first. James McCollum looked in good touch with positive stroke play while Paul Stirling struggled to time the ball. Oshane Thomas got the breakthrough dismissing Paul Stirling for just 5. Thomas struck again to dismiss James McCollum to put Ireland under pressure at 33 for 2. At the end of 10 overs, Ireland was 35 for 2. After the power play overs, West Indies bowlers kept a tight line and length not allowing Ireland batsmen to score runs easily. With the scorecard reading at 60 for 3, rain arrived. After the rain break, Kevin O Brien played some lovely strokes before being caught at the boundary by Pooran. Balbirnie showed his class and hit boundaries which made the West Indies captain think. Ireland captain reached half-century off 73 balls. After reaching his fifty, he opened his arms with big strokes. He was finally dismissed by Walsh Jr for a well made 71. Balbirnie and Simi Singh added 42 runs for the 6th wicket. Andrew McBrine played a quickfire cameo remaining not out on 25 off 22 balls. West Indies bowled Ireland for 203 in 49.1 overs. 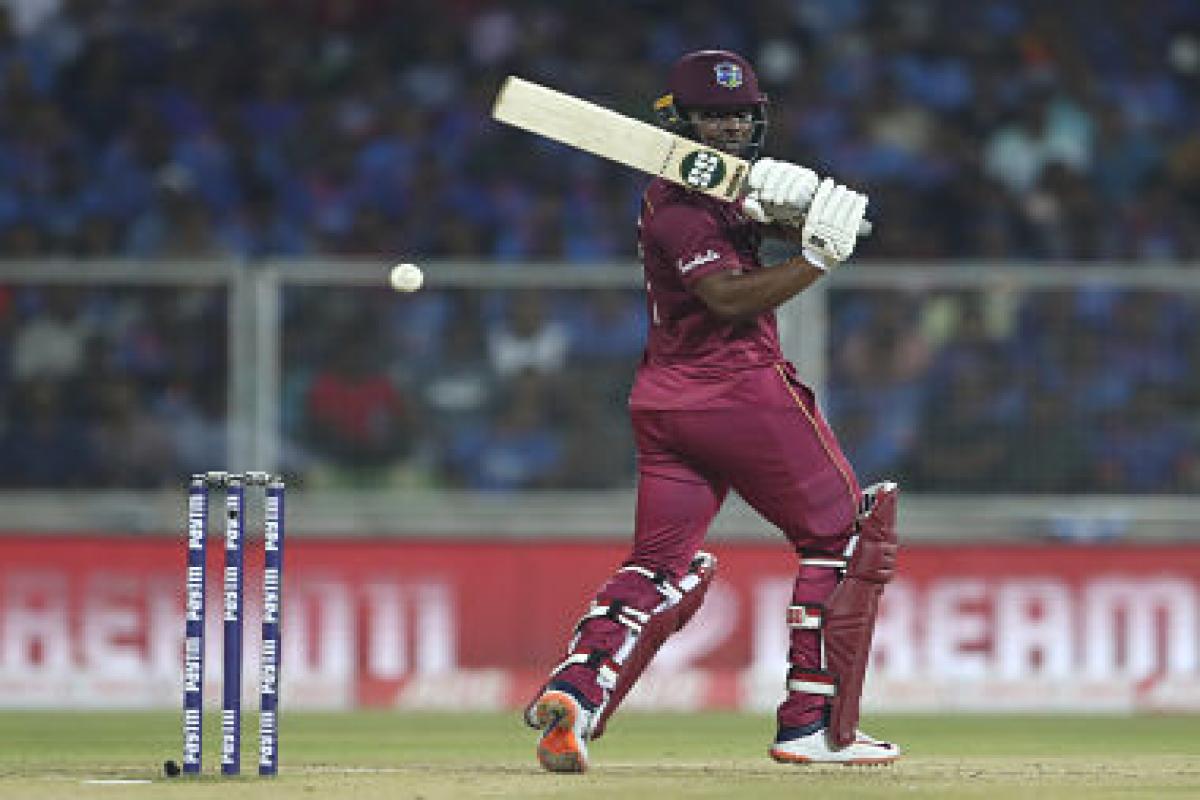 In reply to 204 runs to win, Evin Lewis looked in great touch with explosive hitting right from word go. McCarthy got the breakthrough for Ireland dismissing Shai Hope for 6. Sunil Ambris could not score much as he got out for 6. At the end of 10 overs, West Indies were 58 for 2.

After the power play overs, Brandon King and Lewis steadied the innings for West Indies taking singles and hitting boundaries. The explosive Lewis reached his fifty off just 41 balls. King also looked confident with his stroke play and kept the scoreboard ticking. McBrine struck Ireland dismissing King for 38 to give Ireland hopes of winning. King and Lewis added 75 runs for the 3rd wicket. With a scorecard reading at 146 for 3, rain arrived.

With the revised target of 197 runs to win in 47 overs, Lewis continued from where he left and scored his century off 96 balls. Kieron Pollard also impressed with his stroke play. Young dismissed the centurion Lewis which was too late for Ireland. Lewis and Pooran added 63 runs for the 4th wicket. Ireland picked one more wicket after that. Pooran and Chase completed the task as West Indies won the match by 5 wickets with 64 balls remaining.