The Indian Under 19 demolished Japan by 10 wickets in their second Group A match played at Bloemfontein on Tuesday. 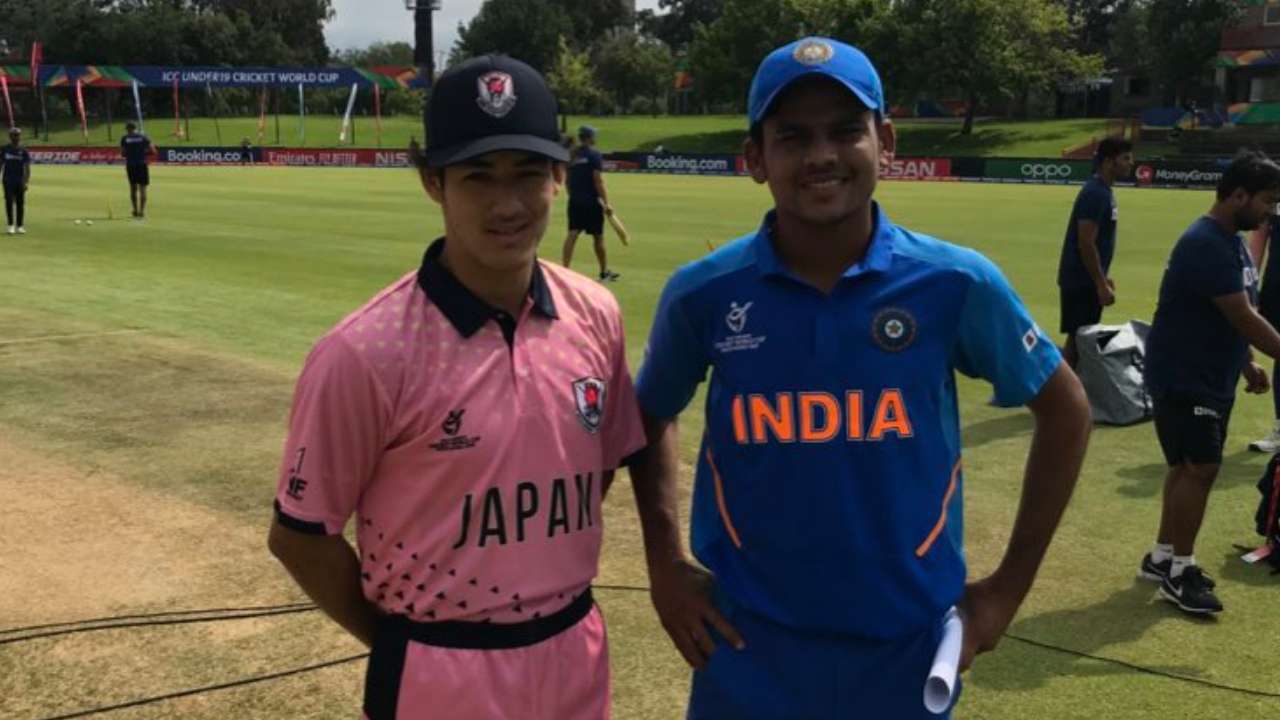 Indian captain Priyam Garg won the toss and decided to bowl first. Kartik Tyagi and Akash Singh struggled initially with wide deliveries, however, the former got the breakthrough for India dismissing Marcus Thurgate and Neel Date off successive balls.


Ravi Bishnoi was bought into the attack and troubled the Japanese batsmen with his variations. Bishnoi dismissed Shu Noguchi, Kazumasa Takahashi off successive balls. The right arm leg spinner Bishnoi then picked two more wickets of Ishaan Fartyal and Ashley Thurgate to leave Japan in trouble at 19 for 6 at the end of 10 overs. 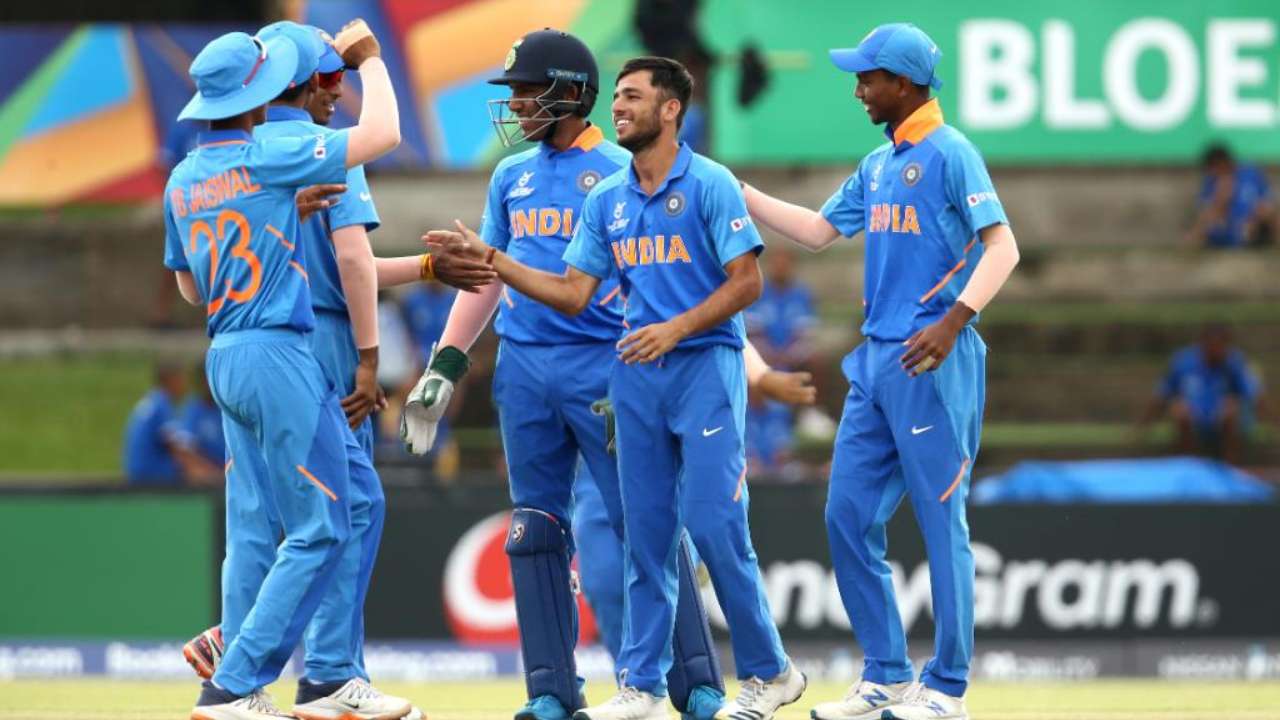 The Indian bowlers showed their class against the inexperienced side. While Maximilian Clements and Kento Dobell impressed with defensive techniques, Kartik Tyagi and Akash Singh did the job for the Indian team to bowl out Japan for a paltry total of 41 in 22.5 overs. All the Indian bowlers did a brilliant job and were superb with their line and length.

Chasing a total of 42 runs to win, Yashasvi Jaiswal looked in sublime touch with some positive strokes and made the batting look easy. Kushgara Kumar also hit some lovely shots. Kumar hit the winning runs to help India team win the match by 10 wickets with 271 balls to spare. Jaiswal remained not out on 29 off 18 balls with 5 fours and 1 six. It was a dominating performance by the defending Champions who have shown great intensity and made sure that they keep the pressure on Japanese batting line up. 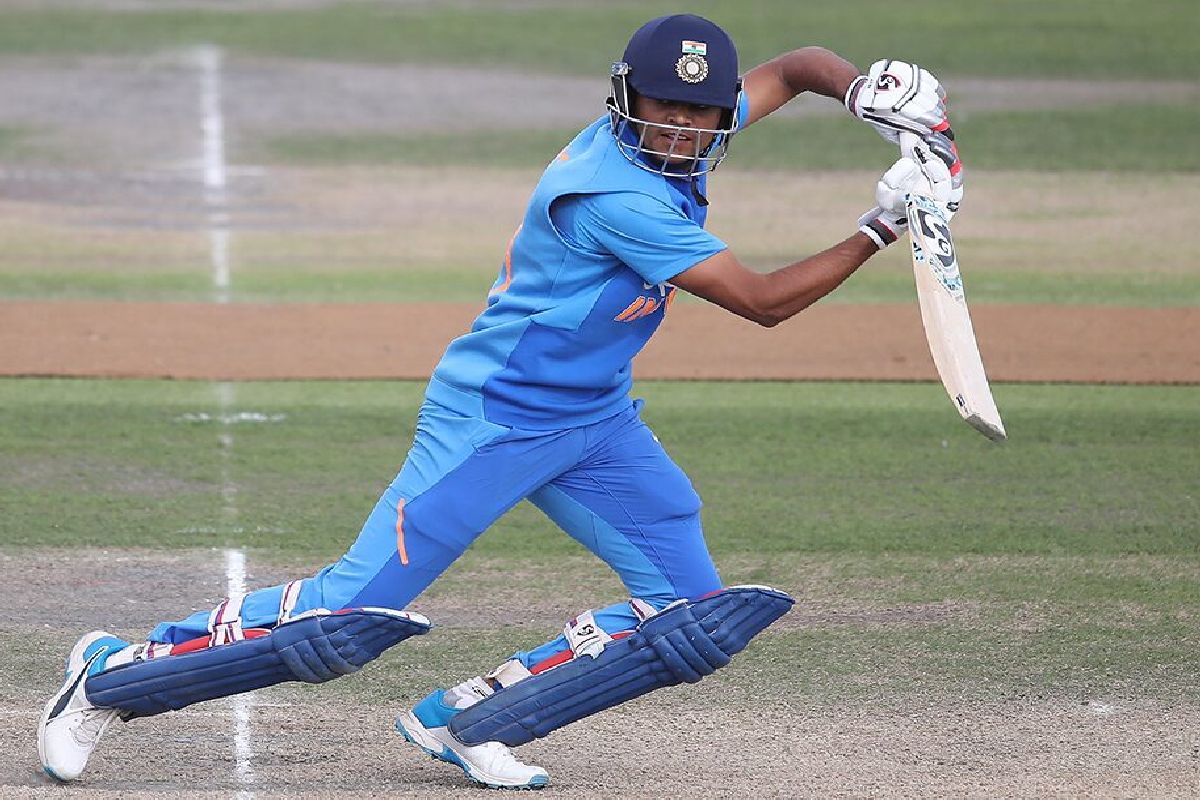 With this win, they have won 2 out of 2 matches in this tournament so far. They defeated in their opening match against Sri Lanka by 90 runs.

For his 4 wickets for 5 runs in 8 overs, Ravi Bishnoi was named the man of the match. Their next match will be against New Zealand on 24th January.