GLA vs SUS Dream11 Prediction, Live Score & Dream Team
Glamorgan and Sussex will play each other in the Monday encounter of T20 Blast. This is the match between table topper and the current wooden spoon holders. Sussex are on the number one spot, while Glamorgan occupy the bottom spot. The match might be a one-sided affair given in their last meeting, Sussex beat Glamorgan by 9 wickets. 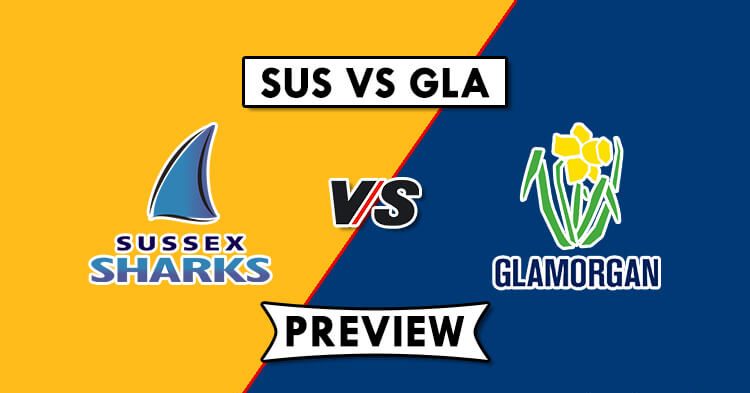 GLA vs SUS Pitch Report
Glamorgan and Sussex game will be played at Sophia Gardens, Cardiff. This is the home ground of Glamorgan. The surface is a batting track and chasing will be a good option. Chasing sides have won 3 games this season on this ground, while one game was tied.
Average Score – 160
Chasing team record – Won 3 Lost 0 Tie 1

GLA vs SUS Time Details
Glamorgan and Sussex game will start at 7 PM IST on August 26, 2019.

GLA vs SUS Broadcasting Details
Glamorgan and Sussex game will be telecasted on Sky Sports. The live stream is available on Glamorgan County Cricket’s YouTube channel.

Glamorgan:
David Lloyd– David Llyod has had a mixed campaign with the bat, but he has the calibre to deliver in crunch situations. He has scored 215 runs in 7 innings at an average of 30.71 including two half-centuries.

Andrew Salter– Andrew Salter has picked up 10 wickets in 6 matches at an average of 13.2 including two 4-wickets hauls.

Philip Salt– Philip Salt is the leading run-scorer for Sussex this season. He has scored 271 runs in 8 innings at an average of 45.16, including three half-centuries this season.

Reece Topley– Topley is the highest wicket taker for Sussex with 12 wickets in 6 matches. His bowling average is 10.5.

Luke Wright– Luke Wright is the skipper of Sussex and he is leading the batting line-up with his good form. He has scored 270 runs in 8 innings at an average of 33.75. 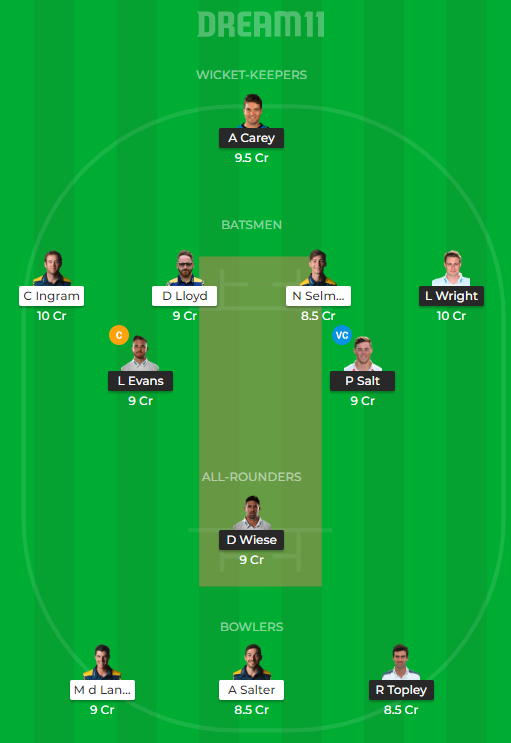 Catch all the live updates of GLA vs SUS Cricket match, including live scores and maGLA vs SUS tch report. This time GLA vs SUS Dream11 Prediction will depend on the final team line-ups.