CF vs PT Dream11 Match Prediction, Live Score & Probable 11
In the next match of Major League Soccer, Portland Timbers will play Chicago Fire at home. Both the teams haven’t had a memorable tournament as Portland is stuck at 8th spot in the western conference while Chicago is on 10th place in the eastern conference.

The home team will miss Marco Farfan, Modou Jadama and Jeff Attinella for the upcoming game due to injuries. Chicago too will be without Fabian Herbers for the next match.

CF vs PT Match Timing & Match Details
The match will be played at Providence Park, home of Portland Timbers. The match is scheduled to start at 8:30 AM IST, on 15th August 2019.

CF vs PT Broadcast Details
Portland Timbers vs Chicago Fire will be telecasted on Dsport channel. Live score updates and Live stream is available on https://mls-live.stream/

Portland Timbers Top Players:
Jeremy Ebobisse – The American forward is the joint highest scorer for the team this season with 8 goals to his name. He also has made 1 assist this season as well.

Sebastian Blanco – The Mexican attacking midfielder is the playmaker of the team and has also made the highest assists for the club this season. He has 4 goals and 9 assists against his name.

Chicago Fire Top Players:
CJ Sapong – The American forward has scored 9 goals till now in the season and has been looking in good touch as the season is progressing. The 30-year-old has made an assist as well.

Nicolas Gaitan – The Argentine too has been in an impressive run of form this season as he has contributed in 12 goals till now this season; 4 goals and 8 assists. 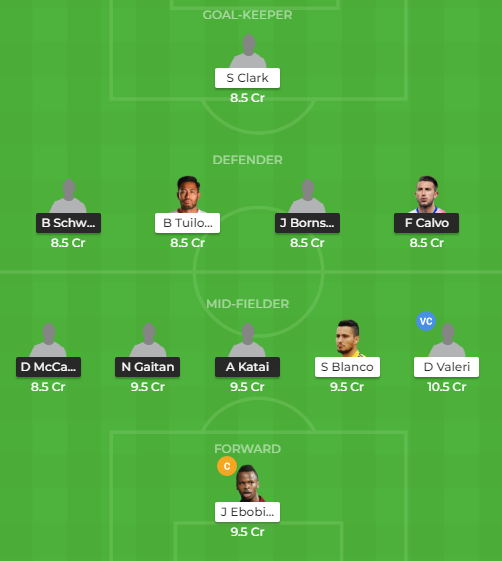 Catch all the live updates of CF vs PT  Football match, including live scores and match report. This time CF vs PT  Dream11 Prediction will depend on the final team line-ups.