BOU vs MUN Dream11 Prediction: In the next match of Premier League, Manchester United will be travelling to play an away game against Bournemouth. Both the teams are not very far from each other in the points table as United are sitting at 7th position after 3 wins in 10 games while Bournemouth with similar results is at 9th spot.

The match is scheduled to start at 6:00 PM IST, on 2nd November 2019. The match will be played at Dean Court, home of Bournemouth.

Premier League is telecasted in India on Star Sports Select Network. Live scores will be available on Hotstar.

Daniel James – The 21-year-old attacking midfielder makes through balls and key passes in the attacking areas of the field. He is a good dribbler of the ball and has scored 3 goals and has also made 2 assists so far this season.

Marcus Rashford – The attacking midfielder has a very strong long shot and can be dangerous during direct free kicks. He has scored 5 goals and has made 3 assists so far this season.

Callum Wilson – The 27-year-old striker is strong at making through balls and giving the finishing touches. He is known for passing with accuracy at the key moments and making counter-attacking threats. He has scored 5 goals so far in this season.

Harry Wilson – The 22-year old attacking midfielder from Wales likes to play long balls and can shoot from the distance. He also makes through balls and has good finishing skills. In his 9 appearances this season, he has scored 3 goals till now. 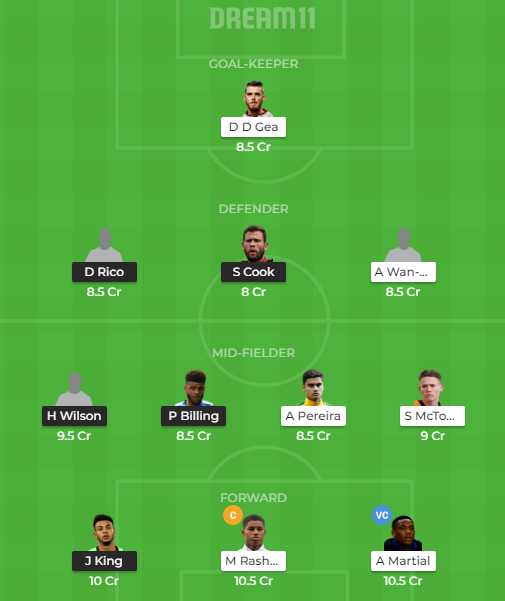