West London rivals will face each other at Loftus Road in Tuesday fixture of the Championship. Fulham suffered back to back defeats and moved to 5th in the table. Fulham are coming off a loss against Leeds by 0-3 following a 2-0 loss to local rivals Brentford. Seven more games to go, Fulham are now 10-points behind the Leeds and seven off West Brom.

Fulham are winless in four away matches and added 3-points from three draws. The Cottagers have the edge over QPR and they have lost only two games of the last 15 meetings with QPR.

Mark Warburton’s side is coming off with two defeats to Barnsley and Charlton Athletic. QPR are 10 points off the playoffs and they desperately need points here. They are placed at the 14th spot with 50 points. They are eight above the relegation zone. Warburton can take inspiration from their performance before the lockdown. Before losing two back to back games, they had three wins and three draws of the last six games.

Mitrovic is the top scorer for the side. He has scored 23 goals and he is among the top goal scorers of the season. He could be the best pick as the captain.

Bobby Reid
Bobby Reid has been pivotal in the midfield line. He has netted 1 goal and provided an assist. He will be a differential player in fantasy.

Jordan Hugill has notched up 10 goals in the Championship and his inclusion can earn you some valuable fantasy points. 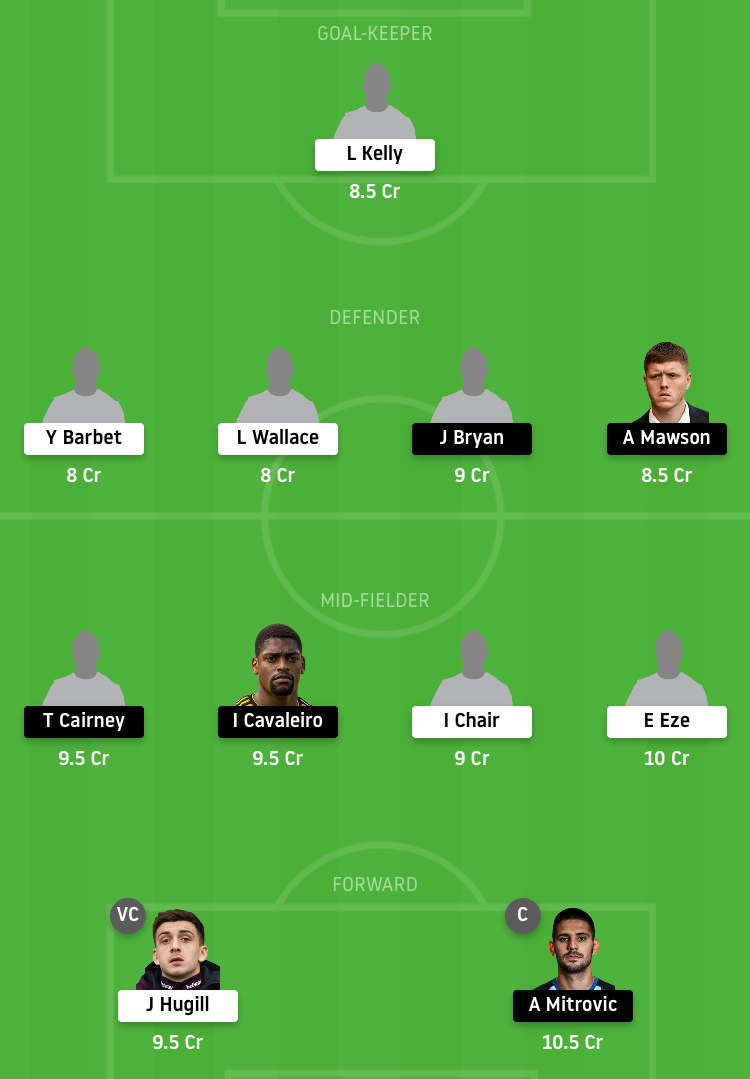