DC vs RCB Dream11 Prediction: Royal Challengers Bangalore are up against Delhi Capitals in the 55th game of the IPL 2020. With playoffs-berth at stake, it is a do or die game for both of them. Despite getting a good start, the teams have endured a series of losses and will look to make amends in the virtual quarterfinals.

Delhi Capitals: Delhi Capitals seemed like the first team to qualify for the playoffs but four losses in a row have raised the question marks over their playoffs berth. The team has struggled to get going on all the fronts. The bowling, batting and fielding has failed drastically. Various opening pairs have been tried but haven’t worked out well. Delhi Capitals have a tough game ahead against Royal Challengers Bangalore. 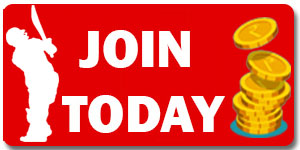 Key Players: Against Mumbai Indians, no player stood tall apart from Shreyas Iyer. Shreyas Iyer contributed with 25 runs whereas the second-highest was Rishabh Pant‘s laboured 21. The lack of intent from the openers have destructed the team from inside itself and is a cause of concern for the side.

Despite having world-class bowlers, Delhi Capitals were hit for a 200+ score by Sunrisers Hyderabad in one of the biggest stadiums. The team will rely on Kagiso Rabada and Anrich Nortje for the bowling exploits at Sheikh Zayed Stadium on Sunday.

Royal Challengers Bangalore: After making a mixed bag start to the tournament, Royal Challengers Bangalore have struggled to qualify for the playoffs as they have lost three in a row. A win against Delhi Capitals will surely put them into the second spot whereas a defeat will put the team into a spot of bother. The team might tweak the combination a bit before they face Delhi Capitals.

Key Players: After a string of poor performances by Virat Kohli, the onus will be on him once again to guide the team over the line. Also, the South African giant, AB de Villiers will have a big role to play with the bat and gloves in the game against Delhi Capitals. Also, the bowling department hasn’t really clicked well apart from Chris Morris and Yuzvendra Chahal in the last few games. With all the tensions hovering around, it will be a tough game for RCB on Monday.