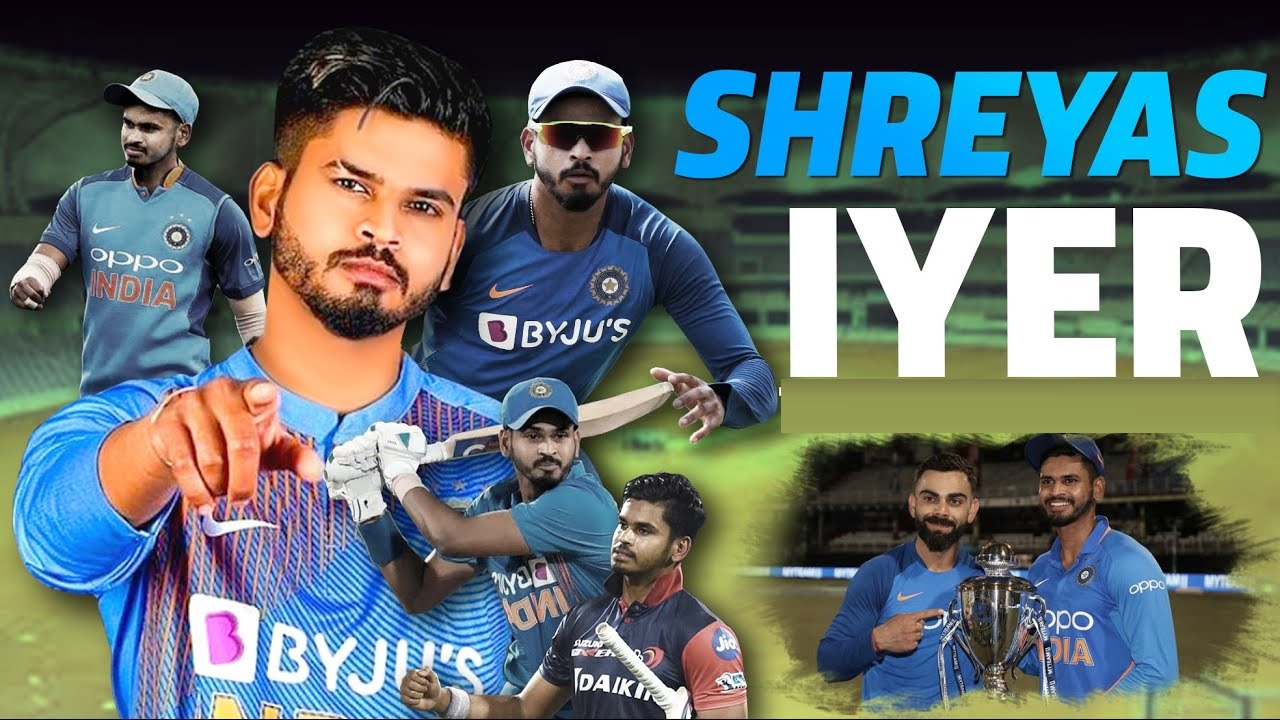 Hard work has no substitute. One must work hard consistently to realise his or her goals and Shreyas Iyer’s tale is a testimony to that. With years and years of consistent display of batting- Shreyas Iyer, today has become an ideal number four batsman in the current Indian cricket team. It wasn’t easy, that’s for sure.

You would have read a lot of articles where Shreyas Iyer was kept knocking the doors of selectors, scoring a plethora of runs in domestic tournaments only to be overlooked on almost every time.

However, a persistent Iyer kept piling on runs and stopped thinking about a call-up until he cemented his place in the year 2019. 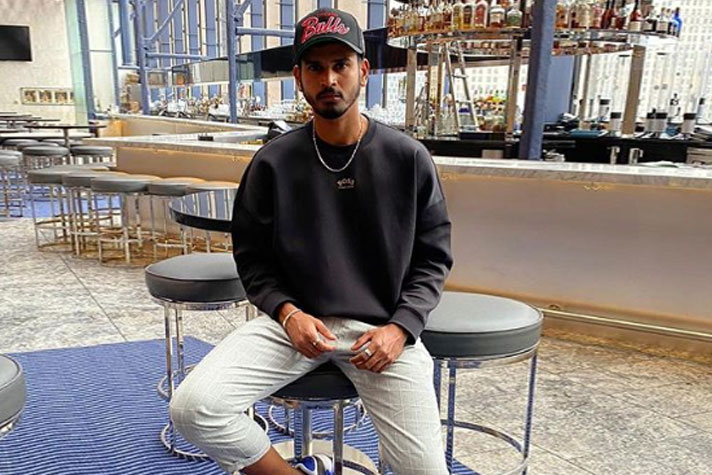 Shreyas Iyer Age: Shreyas Iyer is currently 25 years old. He will turn 26 on December 6. Shreyas Iyer was just 4 years old when he first picked up a bat. His fascination for cricket has made him one of the prominent members of the Indian Cricket Team.

Shreyas Iyer Height: The Indian cricketer is 5’10 inches tall. Being a sportsperson, Shreyas Iyer’s height has never been a concern in his cricketing career.

Be it any sports, parents play one of the most important roles in helping their kids excel in their field. Add to that, it becomes even more important when you want your son to represent the Indian Cricket Team. Shreyas Iyer’s father, Santosh Iyer was aware of that and was pretty serious about making his son don the Indian jersey.

To know about Shreyas Iyer’s personal life, including his girlfriend: Click Here 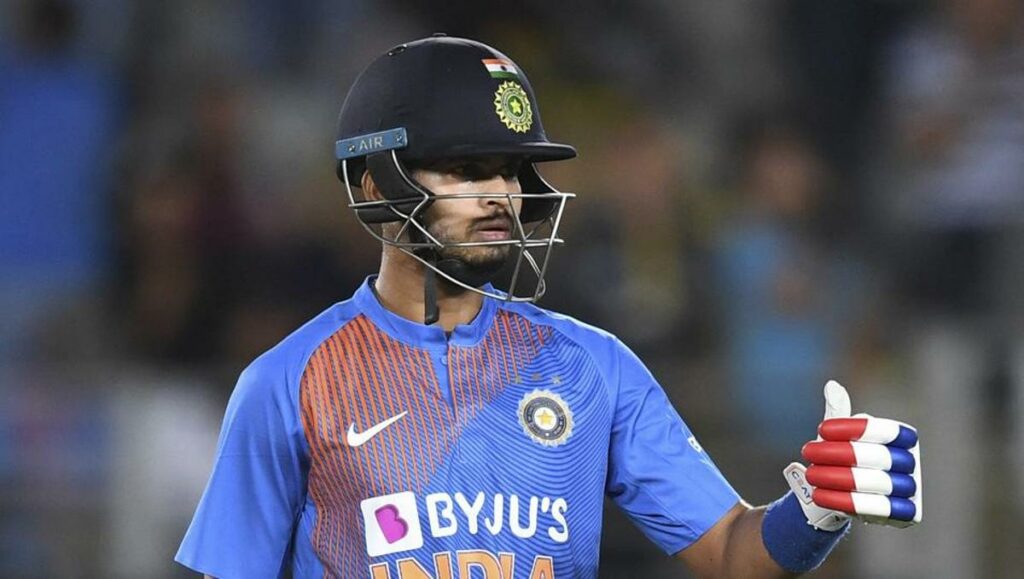 Domestic Cricket: Shreyas Iyer made his first class cricket debut in December 2014 during 2014-15 Ranji Trophy. He tallied 809 runs at an average of 50.56 which includes two centuries and six half-centuries. The following season, he ended up as the highest run-getter, scoring 1321 runs which was laced with four centuries and seven half-centuries at an average of 73.39. With that, he also became the second player to have cross 1300-run mark in Ranji Tropy.

He made his one-day international debut on 10th December against Sri Lanka.

Shreyas Iyer cemented his position after India’s 2019 World Cup exit and is currently playing as number four batsman in India’s limited over’s side.

To know about Shreyas Iyer’s stats in International cricket and his journey at the highest level so far: Click Here

Ahead of the 2015 edition of the Indian Premier League, Shreyas Iyer was snapped by Delhi Daredevils for a whopping amount of 2.6 crores. He impressed everyone in his debut season, accumulating 439 runs in 14 matches at an average of 33.76 and a strike rate of 128.36.

Iyer has been an integral cog in Delhi’s side since and is currently the skipper of Delhi Capitals.

To know his season-wise performance in the Indian Premier League: Click Here 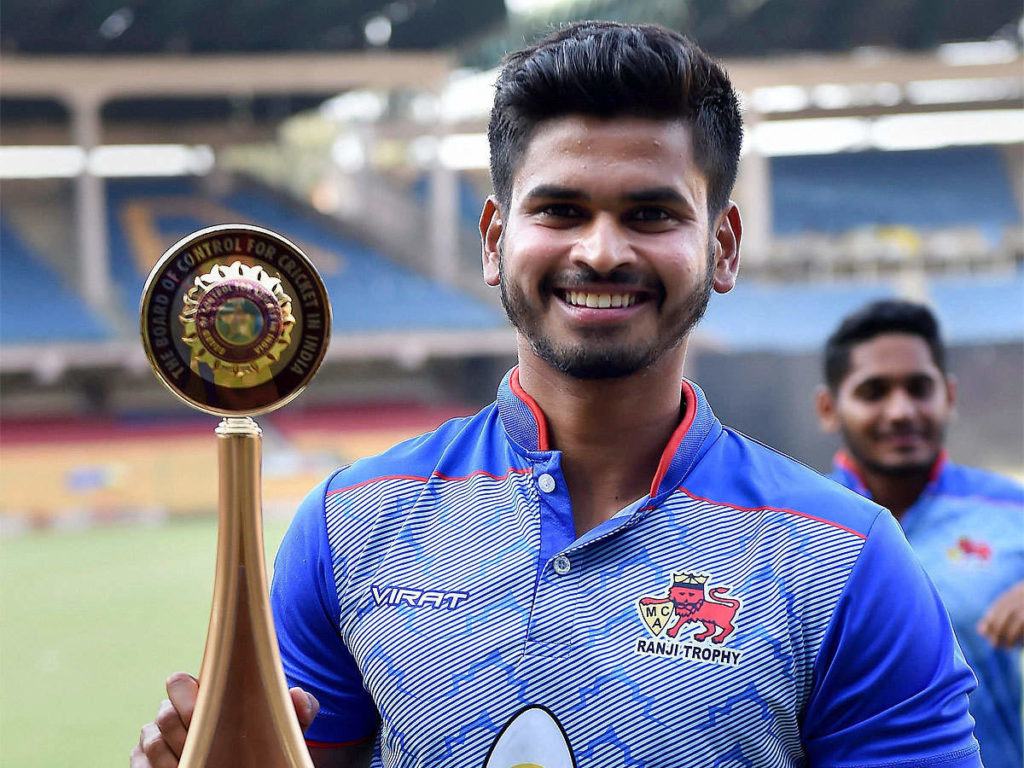 1. Shreyas Iyer holds the record for the best percentage of 50 plus scores in One-Day International matches. Shreyas Iyer surpassed Ian Chappell who has eight centuries in the last 16 ODI innings. Shreyas Iyer’s percentage of hitting 50 plus scores stands at 56.2. He hit eight 50 plus scores in the last 16 innings.
2. Shreyas Iyer is amongst the three batsmen who have hit 10 or more sixes in a single inning. Iyer hit 10 sixes in a match against Kolkata Knight Riders in the 2018 IPL season. The other two players are Sanju Samson and Murali Vijay.
3. Recently, in a match against West Indies, Shreyas Iyer and Rishabh Pant broke the long-standing record of Sachin Tendulkar and Ajay Jadeja for hitting the most runs in a single over of the innings. The duo hit 31 runs off Roston Chase. Sachin Tendulkar and Ajay Jadeja previously held this record, scoring 28 runs in an over, while playing against New Zealand in 1999.
4. During his teenage years, while playing for Trent Bridge Cricket Team, he scored a record 297 runs in three innings at an average of 99.
5. The 2015-16 Ranji Trophy game saw him scoring 930 runs in 13 innings at an average of 71, including three centuries and four fifties.
6. Shreyas Iyer, till date, holds the record for having the highest score in T20 internationals by an Indian batsman. He slammed 147 off just 55 balls against Sikkim in Syed Mushtaq Ali Trophy 2020. 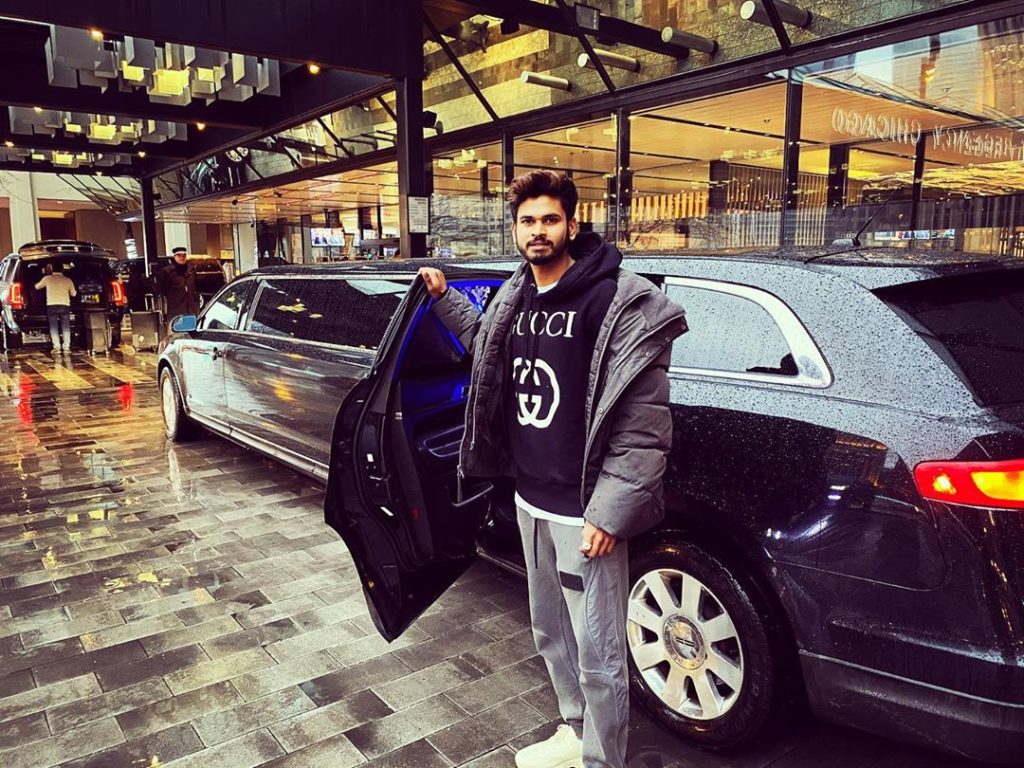 Touted as the star in the making, Shreyas Iyer is in the form of his life. Iyer has enjoyed a stellar run in his last few international assignments.

Shreyas Iyer’s net worth is estimated to be between 1$ million and $5 million. Considering the fact that he lies in the C Grade category in the BCCI’s current annual player’s contract, Iyer makes 1 crore per year, besides receiving match fee of 2 Lakh rupees per ODI match and 1.50 Lakh per T20 match.

As far is IPL income is concerned, Iyer is receiving Rs. 7crore from Delhi Capitals per season.

His net worth also comprises of brand endorsements. Recently, the Indian cricketer has signed a bat endorsement deal with CEAT, which is one of India’s leading Indian tire manufactures.

Shreyas Iyer has a fascination for luxurious cars. He is currently having a white Audi S5 and a Hyundai i20.

Shreyas Iyer comes under fire for missing Ranji Trophy match: Shreyas Iyer was once became the subject of intense criticism when he missed a Ranji Trophy game for Mumbai against Baroda the Railways which started on 25th December, 2019.

The series between India and West Indies ended two days prior to the start of the test and the match was supposed to well before the start of the Sri-Lanka T20 series. Both Shreyas Iyer and Shivam Dube received a huge criticism for missing the test. Shardul Thakur, who was a part of the India-West Indies series, did play the Test and this added fuel to the fire.

To know more about his most popular social media activities and controversies: Click Here 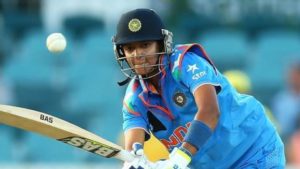 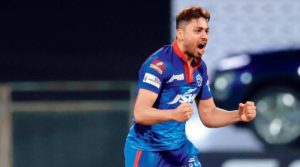