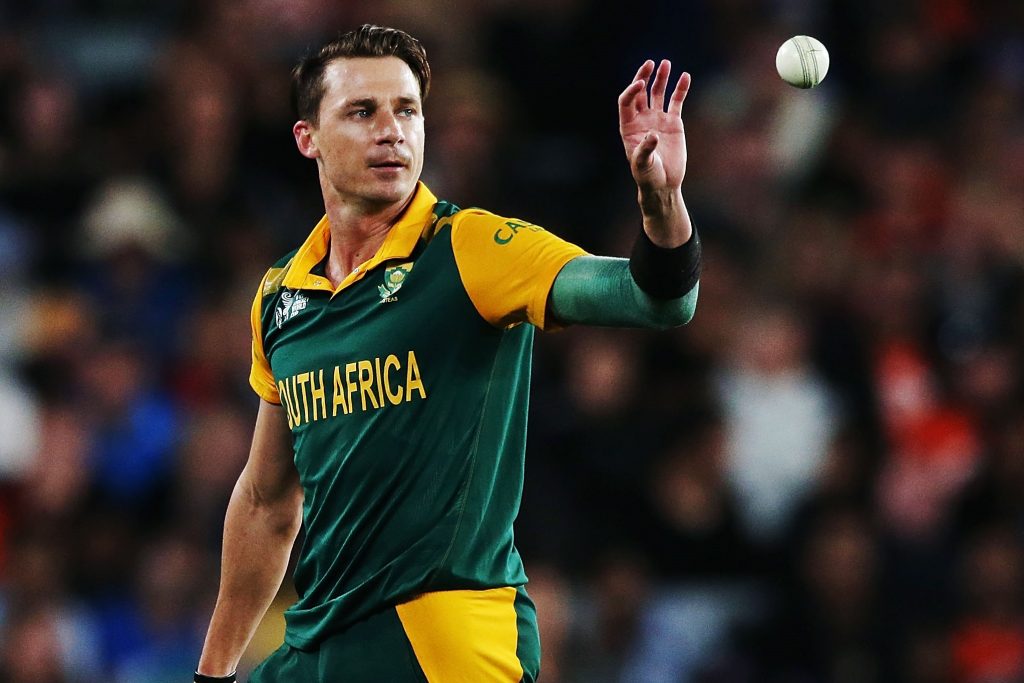 Dale Steyn’s main role in the team is that of a bowler, and is a prolific Right-arm fast bowler, having taken plenty of wickets for the teams, both in domestic and international cricket. He can also bat in the lower order and is a Right Handed Bat batsman. He is a brilliant fielder and can field anywhere on the ground. He is good with both his, ground fielding and his catching.

Dale Steyn is by far the best pace bowler of his generation, a supreme combination of pace, skill and uncanny fitness. And it is inevitable that he will end his career ranked among the greatest fast bowlers of all time.

Perhaps the scorching heat of Valley of Olifants where he was born forged Steyn into the super-athlete that he is. To conserve energy while generating extreme pace in furnace-like conditions, he probably bartered his expressions. He picks up a wicket every seven overs in Tests, is uniformly lethal around the world, his brooding menace remains unaltered even as he changes into the coloured attire of shorter formats. All the while, his visage betrays barely a flicker of emotion.

At frantic speed he swings the ball in both directions — in traditional and reverse ways. He skids on, darts in, and veers away from right-handers at alarming angles. One ball thudded into the face of Craig Cummins resulting in 23 fractures to the Kiwi batsman. His average is streets ahead of others in this bat-dominated era, and his strike rate remains among the top five across space and time. His new-ball combination with Vernon Philander has rarely been matched. And all this is achieved with wicked, poison-tipped deliveries sent down at the end of an excellent economic action.

What a ride. Just a quick thank you to everyone for the kind messages over the last two days. Simply blown away by all the people who have messaged/congratulated me. Thank you 🙏🏼 What does one say when they retire? I don’t really know how to sum up almost 15 years of red ball throwing, to be honest it’s actually impossible to even try. What I can say is that I’ve loved every second of it, from the best to the worst days, it’s been awesome! Maybe I’ll try jot it down in a book one day, so I guess you’ll have to wait till then. Here’s to a few more years of white ball though, apparently that 20/20 stuff is pretty fun… ✌🏼

The mind boggles when one considers the peaks he may scale if blessed with a few more uninterrupted, injury-free years as the gold-tipped spearhead of South Africa.

Dale Steyn has taken over 618 wickets, playing for the South Africa National Cricket Team and is a successful player for the team.

Living the life as a cricketer nowadays certainly has its benefits. The players are fully rewarded for the sweat they shed on the cricket fields. One of those benefits and rewards is certainly the huge fame. Not surprisingly, the rich and famous cricketers also get to date some of the most stunning ladies around. Well, South Africa’s dashing fast-bowler Dale Steyn is not an exception either. He was in a relationship with actress Jeanne Kietzmann.

Is this what they mean by an airport layover? 🤷🏻‍♂️

Speedster Steyn may appear aggressive in the field, but he is actually a fun loving guy in real life. When it comes to matters of the heart, this South African bowler lost his heart to Kietzmann in the past. Steyn spotted her, while dale steyn wife was working in a restaurant in Cape Town and it was like a love at first sight for him. The gorgeous brunette bowled him with her stunning looks.

Steyn ended up asking for her phone number and called her the very next day. The story soon took off and they dated since 2007.

Dale steyn wife is a South African actress and model. She is also a fashion design graduate and also a professional model.

Jeanne entered into the world of modelling at a very early age of 12 years. She has played a supporting role in the eight-episode BBC science fiction series Outcasts in April 2010.