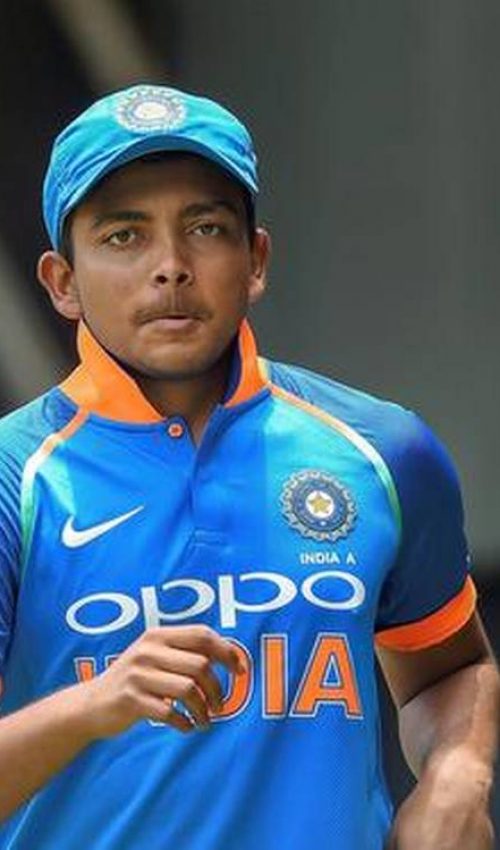 Prithvi Pankaj Shaw is an Indian cricketer and former India national under-19 cricket team captain. He plays for Mumbai in the Ranji Trophy and Delhi Capitals in the Indian Premier League.

Shaw made his first-class debut for Mumbai in the semi-finals of the 2016–17 Ranji Trophy on 1 January 2017. He scored a century in the second innings and was man of the match. Shaw earned another distinction by scoring a century in his debut match of the Duleep Trophy and equalled the record held by Sachin Tendulkar who had scored for the first time a century each in his debut matches of Ranji Trophy and Duleep Trophy.

In December 2017, Shaw was named captain of India’s squad for the 2018 Under-19 Cricket World Cup. He led India in the final where they beat Australia by 8 wickets to win their fourth Under-19 World Cup. 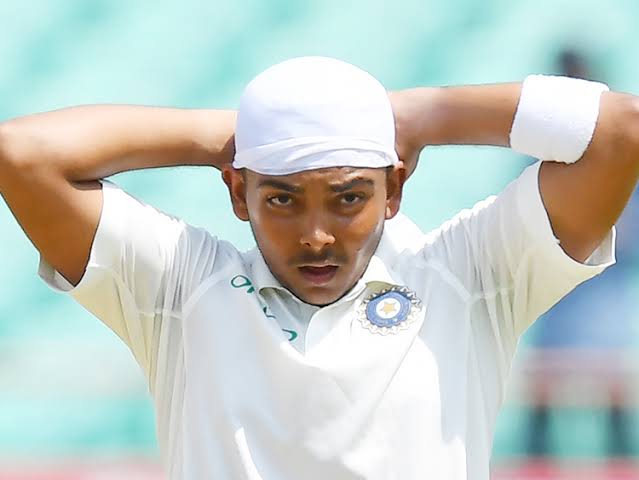 Prithvi Shaw’s native place is in Mumbai, Maharashtra. Shaw’s father Pankaj Shaw, went off to Mumbai in search of work as Ashok Shaw (grandfather) said he was very disappointed with his business outcomes in Gaya, Bihar. In 2010, Shaw was offered a contract by AAP Entertainment that allowed him and his father to move to Mumbai and continue his cricketing education. He also received sponsorship from Indian Oil.

Shaw made his List A debut for Mumbai in the 2016–17 Vijay Hazare Trophy on 25 February 2017. In November 2017, in the 2017–18 Ranji Trophy, he scored his second consecutive century, and his fourth in five first-class matches since his debut, batting for Mumbai. 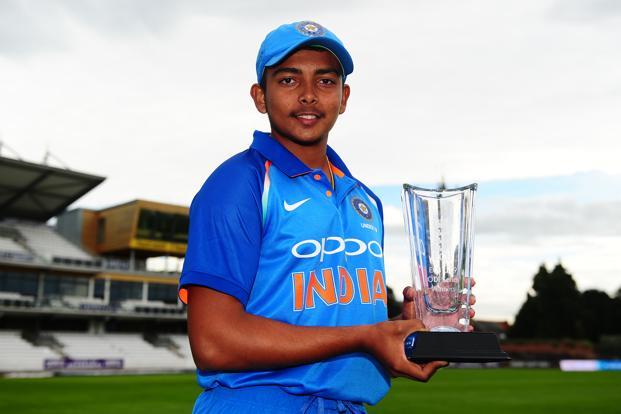 Shaw made his Test debut against West Indies on 4 October 2018. In that match, he scored his maiden century in Tests and became the youngest batsman to make a Test century on debut for India (18 years and 319 days). India won the second Test by ten wickets, with Shaw being named the Player of the Series. In January 2020, Shaw was named in India’s One Day International (ODI) squad for their series against New Zealand. He made his ODI debut for India, against New Zealand, on 5 February 2020. 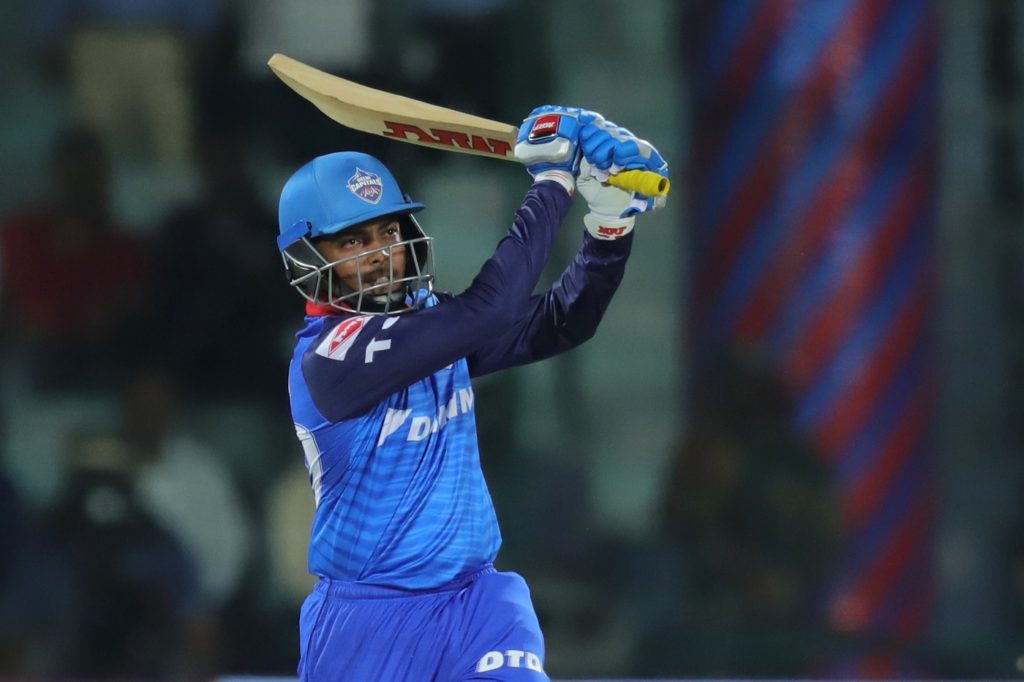 In January 2018, Shaw was bought by the Delhi Daredevils in the 2018 IPL auction for ₹ 1.2 crores. On 23 April 2018, Shaw became the youngest player to open the batting in the Indian Premier League history at the age of 18 and 165 days while playing for Delhi Daredevils during their match against Kings XI Punjab. He also had an impressive IPL debut scoring 22 runs in 10 balls.

On 27 April 2018, Prithvi Shaw notched up his first IPL fifty against the Kolkata Knight Riders and went on to become the joint youngest player to score an IPL fifty along with Sanju Samson (in 18 years and 169 days).  His blistering knock of 62 runs helped Delhi Daredevils secure a comfortable 55-run victory against KKR.