The franchises competing for the title in Indian Premier League often prefer experienced campaigners to fill their overseas slots, especially those who travel around the world and take part in multitudinous franchise-based T20 competitions. Hence, when Kings XI Punjab bought and inexperienced Sam Curran for INR 7.2 crores, eyebrows were raised.

Curran had not even played a T2o international for his nation when the Punjab management decided to break the bank on him. However, he has proved his doubters wrong and had a good first season in India. The English all-rounder also became the youngest player to get a hat-trick in IPL.

Though Sam Curran was released by Kings XI Punjab and will be seen donning the Chennai Super Kings shirt next season, he had quite a few good spells for the lions. Let us have a look at Top Bowling Performance of Sam Curran in IPL: Though Curran has got a natural ability to pick up wickets at crucial intervals, one aspect of his game which lets him down is his economy. Curran often concedes runs aplenty, which nullifies the impact he has with his wicket-taking prowess. But when Kings XI Punjab met Sunrisers Hydeabad at the IS Bindra Stadium in Mohali, Curran was fairly economical.

In four overs, he conceded just 30 runs at an economy rate of less than eight runs per over. Though he did not pick up any wicket, his economical spell helped Punjab restrict Hyderabad to a mere 150, which the Punjab team managed to chase down. 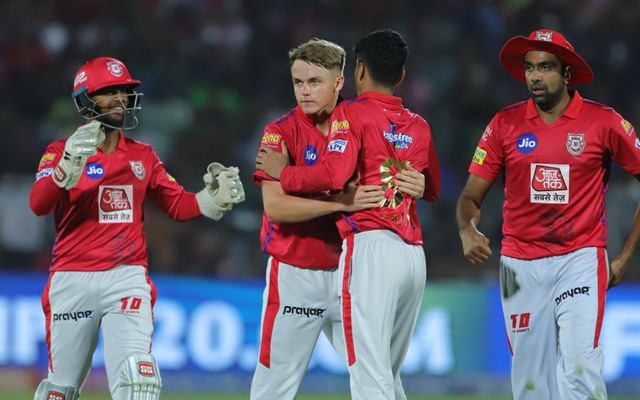 Best Bowling Performances of Sam Curran in IPL: From an economical spell, we shift our focus to spell where Curran was expensive, but managed to give Punjab a crucial breakthrough. In a high-scoring encounter against Mumbai Indians, KL Rahul scored his first ever IPL century.

His innings helped Punjab score 197, but Mumbai managed to chase that down. They were very dominating from the first ball, and the likes of Quinton de Kock and Suryakumar Yadav was slowly taking the game away from Punjab. That was when Curran got Yadav out to get Punjab back in the game, but it was unfortunately not enough.

The highlights of the game between Kings XI Punjab and Rajasthan Royals will be shown over a million times, for a particular incident. Punjab scored a mammoth 184, but Royals were in the driver’s seat once Jos Buttler got into the groove. Punjab skipper Ashwin then decided to get him out in a very controversial yet effective manner – by mankading.

Though Curran’s spell will be the last thing to be talked about from that match were the mankading incident preceded over everything else, the English all-rounder played a significant part in their win. In the same over, he tok the wickets of both Steve Smith and Sanju Samson to hand Punjab a massive boost, which further strengthened their chances of a victory. 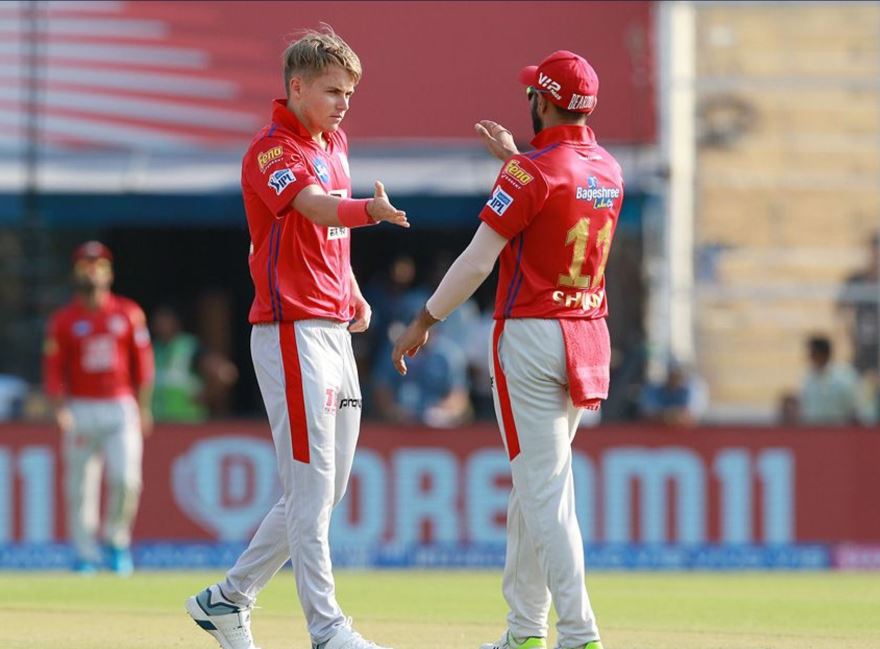 Top Bowling Performance of Sam Curran in IPL: It was perhaps at CSK’s last league phase game of 2019 when Dhoni & Co. decided to buy Curran in 2020. Though it was too little to late for Punjab, Curran’s brilliance helped Ravichandran Ashwin‘s side to get a victory in their very last game of 2019.

He first bowled the veteran Shane Watson, and then managed to get the better of their vice-captain Suresh Raina. Even then, Chennai were looking menacing, courtesy a fiery knock from Faf de Plessis. Having scored 96 runs from just 56 deliveries, he looked set for a century when Curran got him bowled.

Sam Curran did not take long to announce his arrival in the Indian cricket extravaganza. In what was just the fourth game for Punjab in the 2019 season, Curran registered his name in the IPL Hall of Fame. At the age of just 20, he became the youngest ever bowler to take a hat-trick in the IPL.

Punjab managed to score 166 from their stipulated 20 overs. Thanks to Rishabh Pant and Colin Ingram, Capitals looked way on course to achieve the target without any unnecessary hindrance. This is when Curran stepped up to showcase his talent in front of millions. He picked up the crucial wicket of Colin Ingram to break the partnership, and then went on to victimize Kagiso Rabada, Harshal Patel and Sandeep Lamichhane on three consecutive balls to get into the history books.