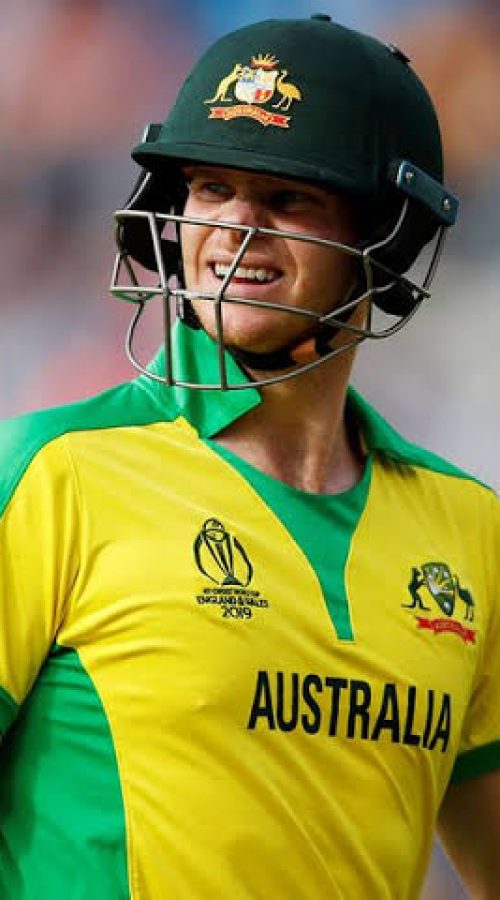 Having drafted in the team as the right-arm leg spinner, Australian batsman Steve Smith, today, has become one of the greatest Test batsmen of his time. Making his debut in 2010, Steven Smith has come a long way in his career. Looking at his sensational performance in all formats of the game and leadership abilities, Steve Smith was made the captain of the Australian national team in late 2015, post the retirement of Michael Clarke from International Cricket.

Smith’s better-half, Dani Willis was a commerce and law student at Macquarie University. The couple started dating in 2011 and announced their engagement on a Holiday in New York in 2017. 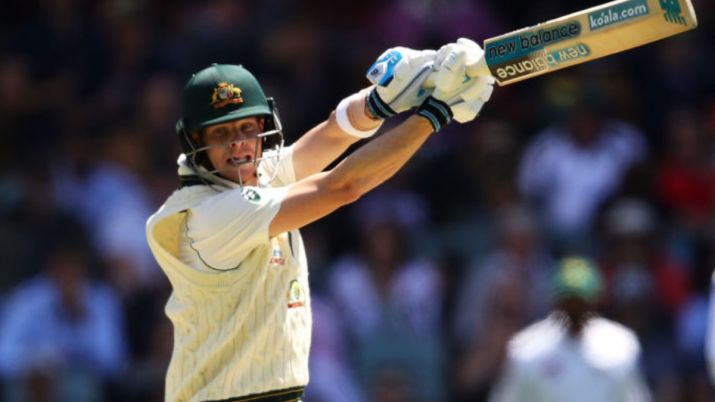 Steven Peter Devereux Smith was born on June 3, 1989, to Peter Smith and Gillian Smith. His father, Peter Smith, holds a degree in chemistry, while his mother is a homemaker. Given the fact that his father was an Australian and mother was from England, Smith holds both Australian and English Citizenship.

Smith did his schooling from Menai High School. He was involved in cricket right from his school days and had also led his side won many games in Inter-School competition. Smith left the school at the age of 17 to move to England to play for a local club called ‘Sevenoaks Vine’ in the ‘Kent Cricket League. Owing to consistent performances, Smith was given the opportunity to play for the Sussex county team but he opted to play for Australia.

Steven Smith was also a member of Australia’s 2008 under-19 World Cup team, held in Malaysia. In that tournament, he piled up 114 runs and claimed seven wickets in four matches. 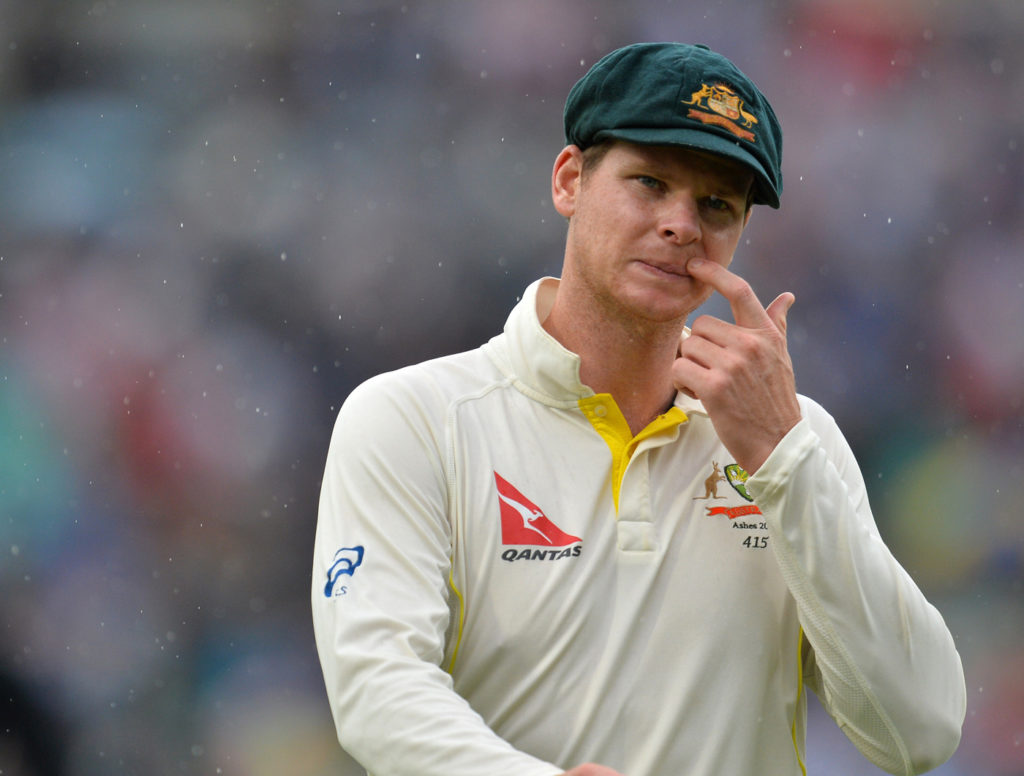 Under-19 World Cup: A prominent member of Australia’s 2008 Under-19 World Cup side, held in Malaysia, Steve Smith made a significant contribution in the tournament both with bat and ball. The Australian batsman notched up 114 runs and claimed seven wickets in four matches. 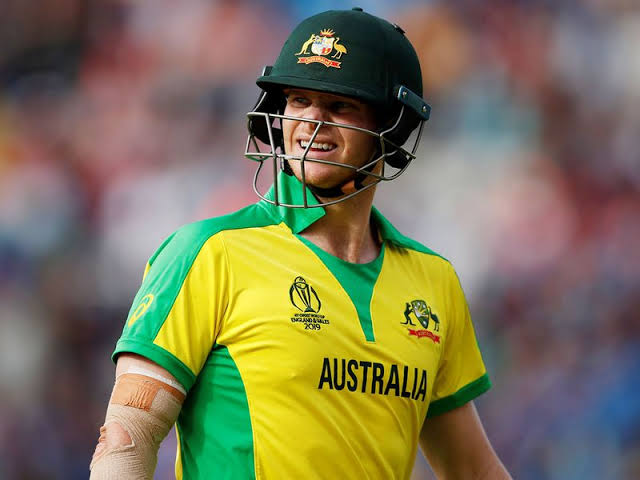 Steven Smith made his ODI debut against the West Indies in the fifth match of the series at Melbourne in 2010. He didn’t get to bat in that game but had claimed two scalps in 9.8 overs.

#T-20 International Debut: Australian cricketer, Steve Smith made his T-20 debut in 2010 against Pakistan in Melbourne. He bowled two overs in the match, giving away 24 runs for one wicket.

#Test Cricket Debut: Steve Smith made his Test cricket debut in a Test series against Pakistan, held at Lords in July 2010. Australia won that game by 150 runs. Smith picked three wickets for 51 runs in the second innings.

Steve Smith was given an upliftment in the batting order in the 2010-11 Ashes series, moving to number six position. Smith played wonderfully in the series, scoring two half-centuries in the series, though he didn’t get to play a single test in the next two years.

Steve Smith scored his maiden Test century in the fourth Test of the tour to England in 2013. Smith piled up 245 runs in the series at an average of 38.33.

Steven Smith continued his fine run in the 2013-14 Ashes in Australia and tour of South Africa in 2014. Smith scored 269 runs against South Africa at an astounding average of 67.55.

Smith scored his first ODI century against Pakistan in the year 2014 at Sharjah Cricket Stadium. He notched up 101 runs off 118 balls, helping his side win the first ODI out of three. Smith brilliantly in that series and was also adjudged as the Man of the Series.

Steve Smith’s first Test century against India came in the 2013-14 India-Australia series. Smith played a sensational 162-run knock in the first innings of the first test, helping his side win the Test match by 48 runs. Smith enjoyed a stellar-run in the series, notching as many as 769 runs at a phenomenal average of 128.16 and thus, once again, was honored with the man of the series award.

#2015 World Cup: Steven Smith played a pivotal role in the 2015 World Cup, held in Australia. He scored half-centuries against Afghanistan, Sri Lanka, and Pakistan. He blazed his way to a score a fine hundred against India in the semi-final to take his side to the final of the World Cup 2015. Steve Smith was Australia’s highest run-scorer in the perennial tournament, amassing 402 runs at an average of 67. He hit four half-centuries and one century in the tournament.

#2015 Ashes: Steven Smith notched up his highest Test score in the second test against England at Lords. He piled up 215 runs in the first innings and also became the first Australian to score a double hundred at Lord’s since the Second World War. Australia lost the Ashes series 3-2 and with the defeat, Michael Clarke announced his retirement from Test Cricket and Smith was appointed as the captain of Australia’s Test Side.

#2017-18 Ashes: Steve Smith started off the series with a century in the first test. It was his 21st Test Century- making him the third quickest to score 21 Test Centuries behind Don Bradman and Sunil Gavaskar. He scored his second double-century in the final test, including 30 fours and one six. Once again, Steven Smith proved out to be the difference between both the sides, scoring the most number of runs in the series. He scored 687 runs in the series, at a breathtaking average of 137.40, including three centuries and two fifties.

The year 2017 saw him becoming the ICC Test Player Of The Year and was also honored with the prestigious Allan Border Medal.

#2019: After being banned from both International and domestic cricket for 12 months owing to his involvement in the ball-tampering scandal, Steve Smith marked his return to International Cricket in 2019 and was immediately drafted into Australia’s squad for the World Cup. Smith played a stunning 85-run knock against England in the semi-final but couldn’t help his side win the match for the team. He scored 379 runs in the World Cup at an average of 37.90, including four fifties. 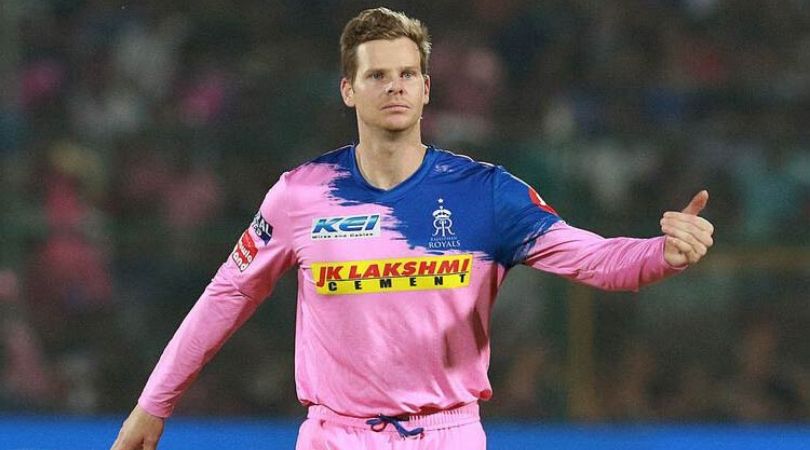 Coming in as a replacement for Jesse Ryder, Steven Smith was drafted into Royal Challengers Bangalore in the 2010 Indian Premier League. Kochi Tuskers bought him in the next edition for $200000. 2012 edition of the Indian Premier League saw him playing for Pune Warriors before being picked by Rajasthan Royals in the 2014 edition for a whopping amount of $6, 00,000. Having made the captain of the side in the latter half of the tournament, Smith led his side to qualify into the playoffs.

With both Chennai Super Kings and Rajasthan Royals suspended from IPL for two years, Steve Smith played for Rising Pune Super Giants in the 2016 edition of the Indian Premier League. He scored 270 runs in seven matches at an average of 45.00 in that edition of the tournament.

In the 2017 edition of the cash-rich league, Steven Smith was made the skipper ahead of MS Dhoni in Rising Pune Super Giants’ side. He led his reach the final of the tournament before losing to Mumbai Indians by just 1 run in the end. Smith proved out to be the highest run-scorer for the side, scoring 472 runs at an average of 39.33, including three half-centuries.

Owing to his involvement in the ball-tampering scandal, Smith’s contract with Rajasthan Royals in the 2018 edition got terminated and thus could not play in that year. The year 2019 marked his return in IPL with Rajasthan Royals. Though, the Australian batsman could not make a huge impact in the tournament having finished second from the bottom of the table with just five wins in fourteen matches. Australian batsman, Steve Smith’s net worth is reportedly around 23 million dollars. His salary is estimated to be $9million.

Steve Smith owns cars worth 8.6 crores ($1.5 million). He is the owner of luxurious cars like Range Rover, Audi, and Rolls Royce to name a few. In addition to that, Steve Smith is the brand ambassador of Gillette and Weet-Bix.

The then skipper, Steve Smith got involved in a Ball-Tampering Scandal which occurred on the third day of the third test between Australia and South Africa in 2018. Australian player, Cameron Bancroft was caught in camera using sandpaper to rough up the cricket ball.

Smith later revealed that he was part of the leadership group of the team who discussed tampering with the ball but didn’t reveal the names. Later, both skipper Steve Smith and vice-captain David Warner stood down from the leadership even as Tim Paine was made the interim captain in the absence of Smith.

As a result, Steve Smith was banned from both International and domestic cricket, denying him to play cricket for as many as 12 months.