Sumit Nagal is an Indian tennis player who recently qualified for the US Open after winning three tough qualifying rounds to enter the main draw. Thereby, he made his debut against the Swiss star Roger Federer in US Open 2019. Although he lost the match, he gave a spirited fight to the Swiss legend by winning the first set. Sumit rose to fame when he won the Wimbledon boys’ doubles along with his partner Lý Hoàng Nam, in the Junior Grand Slam finals. 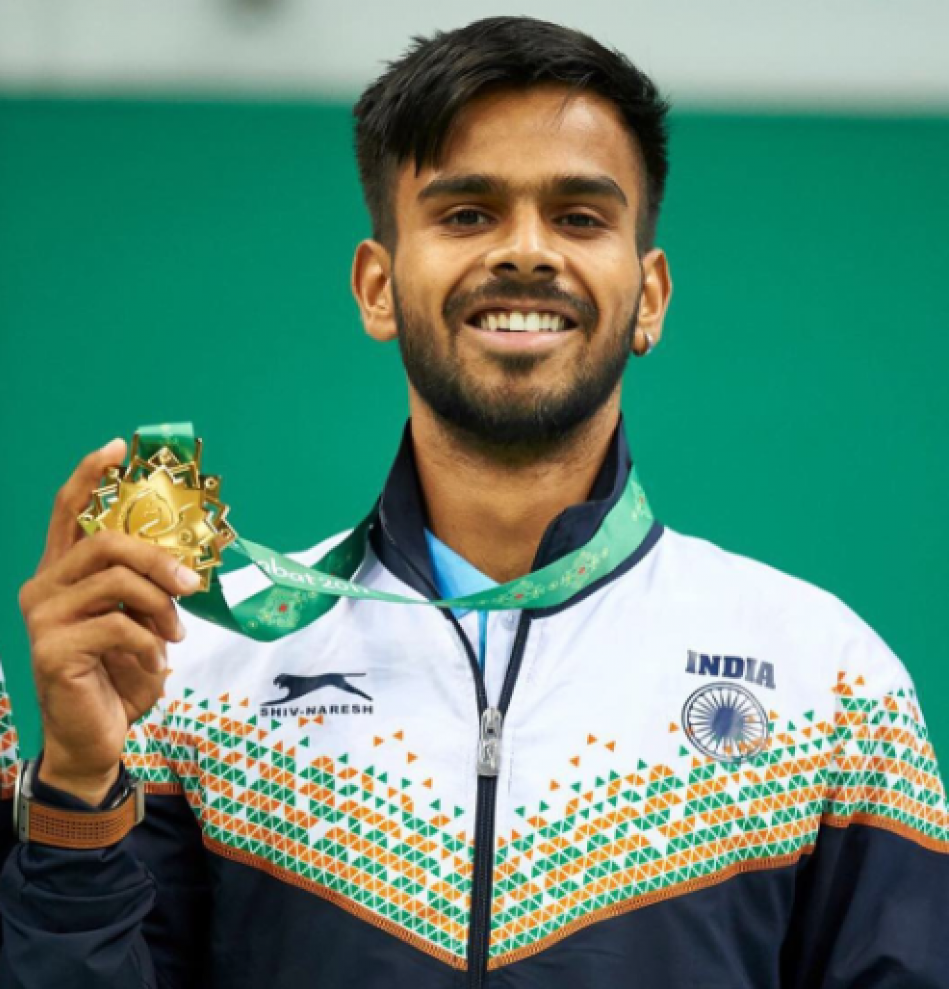 Sumit who just competed against Roger Federer in the US Open is a proud Haryanvi Jat as he hails from Jhajjar, Haryana. He was born on August 16, 1997, and currently resides in New Delhi. Sumit completed his primary schooling from Little Angel School, Paschim Vihar in Delhi. His father Suresh Nagal is a Teacher, supported his inclination towards tennis. He got him enrolled at the DDA tennis academy in his neighborhood. Sumit used to wake up at 6 am an early morning for his training.


Sumit’s interest and his immense talent of being involved in the middle of the court got a huge backing as he was shortlisted in the first batch and was amongst the 14 players in Mahesh Bhupathi’s “Apollo Tyres Mission 2018 Programme”. Sumit had to shift to Bangalore during 2008-2010 as his program training was based in Bangalore. The program was shut just after two years, but till then Canadian coach Bobby Mahal already had his eyes on the young talent. Sumit soon shifted to Toronto, Canada for extensive training under Canadian coach Bobby Mahal.

He had a successful stint with his Canadian coach as he trained monumentally between 2008-2014. To gain more proficiency in the sport, Sumit shifted to Germany in 2014 to get more grooming in the Schüttler Waske Tennis-University. Sumit was taught by Mariano Delfino in the academy.

Currently, he resides in Germany whilst his family still lives in Delhi. He is in regular touch with his family as he regularly comes over to meet them. 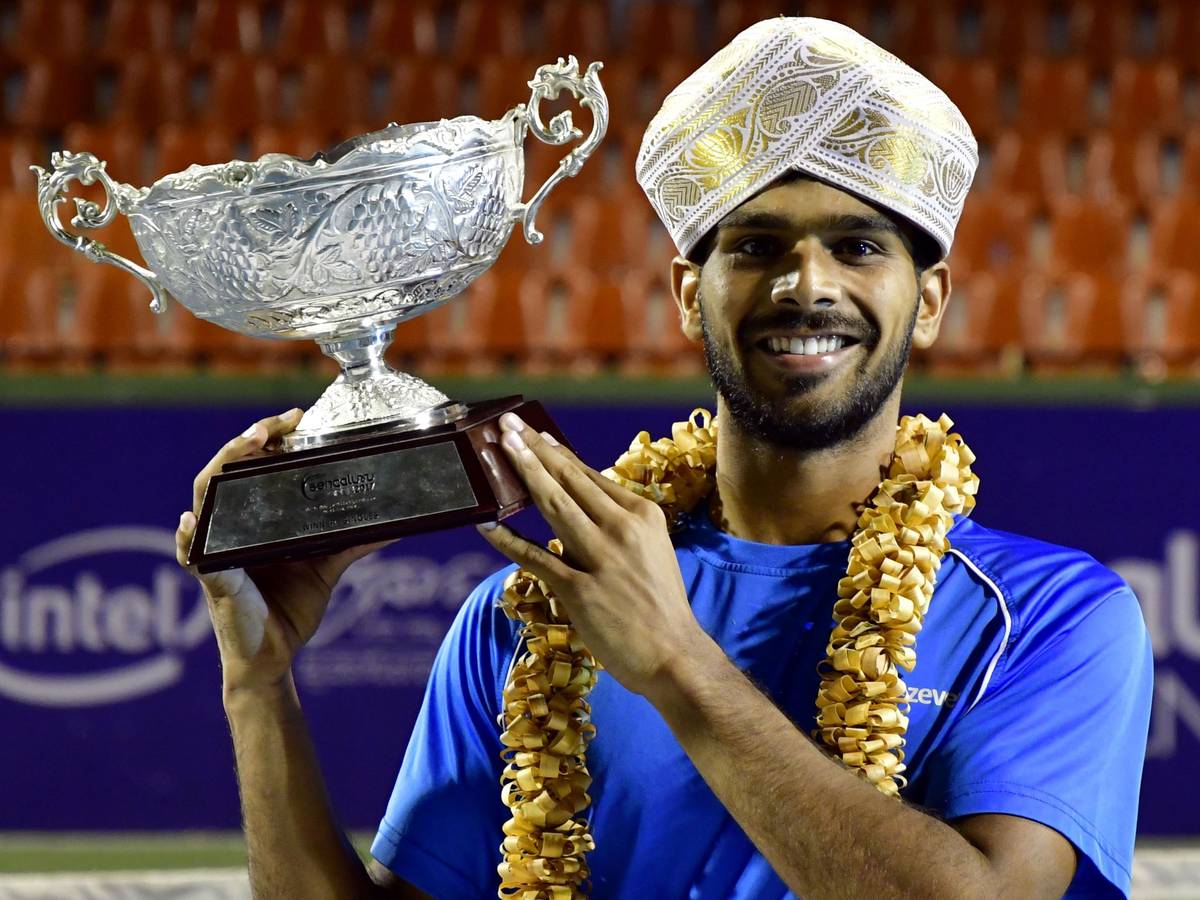 Sumit has a quite simple and small family and no extraordinary luxury. He got whatever he wanted to be given he put in the full dedication in that. Either his mother or his father accompanied him to the nearby academy where he got his admission at an early age. His elder sister Sakshi has a memory of him flying kites in his childhood when he wouldn’t come down from the terrace on the Independence day. Sumit’s favorite meal “Kadhi-chawal” is still his favorite and whenever he lands back to India, it’s his first demand from his mother.

Sumit rose to initial fame back in 2015 when he along with his Vietnamese partner Lý Hoàng Nam won the Wimbledon Junior Grand Slam Title. Thereby, he became the sixth Indian player to do so. Sumit made his debut for India at the Davis Cup in 2016 by qualifying the World Group Playoff tie against Spain in New Delhi. Sumit went on to defeat his countryman Yuki Bhambri and went on to lift the Bangalore Challenger title in 2017.

Best Finish in the Grand Slams

Sumit was dropped from the Davis Cup following his disciplinary conduct in 2017 for which he was supposed to play against New Zealand.  A source close to All India Tennis Association released a statement “It is a case of sheer indiscipline, on the part of the player. He missed several training sessions, brought his girlfriend to the camp without informing us. Several other discrepancies emerged, including incessant drinking which led to the captain taking this call.”  However, he was defended by the former Indian player Somdev Devvarman. Despite all of that Sumit went on to win the Bangalore Challenger Cup title at the men’s singles by defeating Britain’s Jay Clarke 6-3, 3-6, 6-2. He silenced his critics as he never seemed to look back since then.

The 23-year-old Indian sensation made it into the US Open in Grand Slam and has competed against the greatest in the game Roger Federer. He has an approximate net worth of $81,771 which he has won as the cash money professionally. His net worth is expected to rise as he progresses further in the upcoming time. 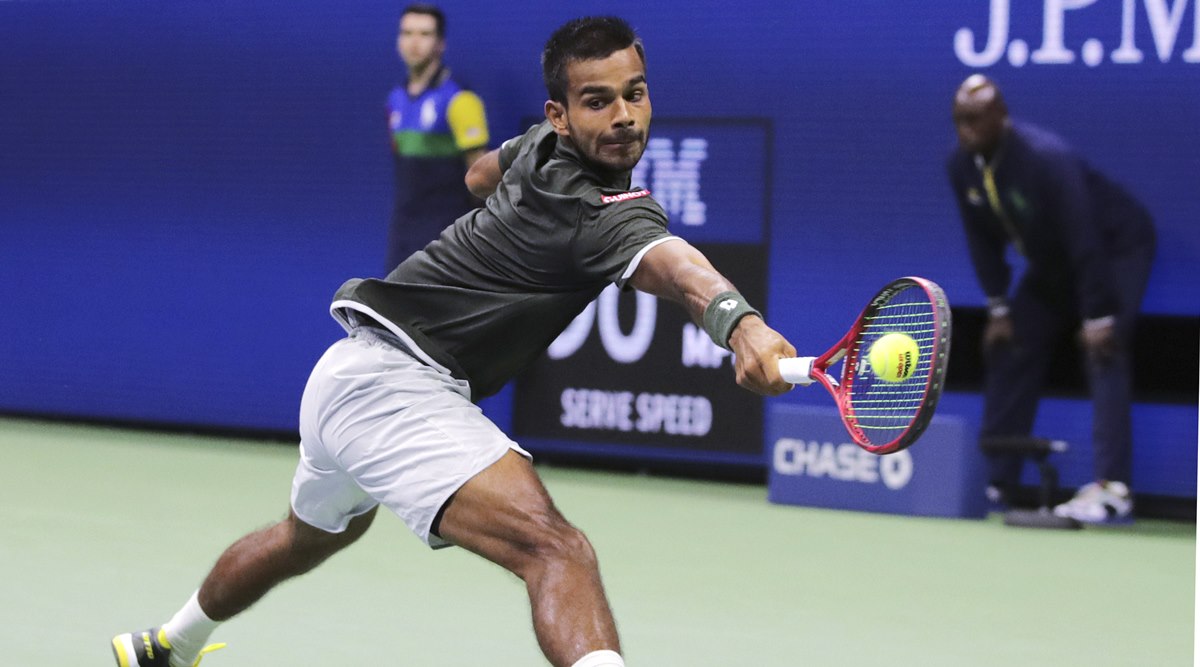 Many sports legends and greats went on to praise Sumit’s talent. The list includes the likes of Indian Cricket captain Virat Kohli, Harsha Bhogle, the legend Roger Federer and many more. They went on to appreciate the young talent by taking to social media.

While Roger Federer was all praises for the young Nagal, he went on to say “He is a clay- courter”. He also denied with a firm “No” to the question of whether he thought it was ‘Nadal’ or ‘Nagal’.

Here is how others reacted to the Indian budding talent:

And congratulations to @nagalsumit for qualifying for the #USOpen. A humongous task facing the great @rogerfederer, but we will be cheering for you. Best Wishes and Goodluck ???

The dream might be fading for Sumit Nagal but enjoying his spirit. Proud of you @nagalsumit

I may be roasted for this tweet but the fact that #SumitNagal became only the fourth Indian to win a set in the main draw of a Grand Slam in the last 20 years…puts a lot of things in perspective. And tells the real story as well.

Suprabhatam ! Switch on your TV sets! India’s Sumit Nagal has just taken the first set at the US Open over Roger Federer!! Cmon Sumit!!