Prajnesh Gunneswaran, who made a winning start to the year 2020 on Monday, bowed out of the Bendigo Challenger Tennis tournament on Tuesday with a second-round defeat despite a tough challenge against Japan’s Taro Daniels. World number 122 player Prajnesh suffered a 4-6, 6-7 defeat against the Japanese player in the one lakh 62 thousand 480 dollar ATP Challenger competition, whose ranking is 16 places better than him. 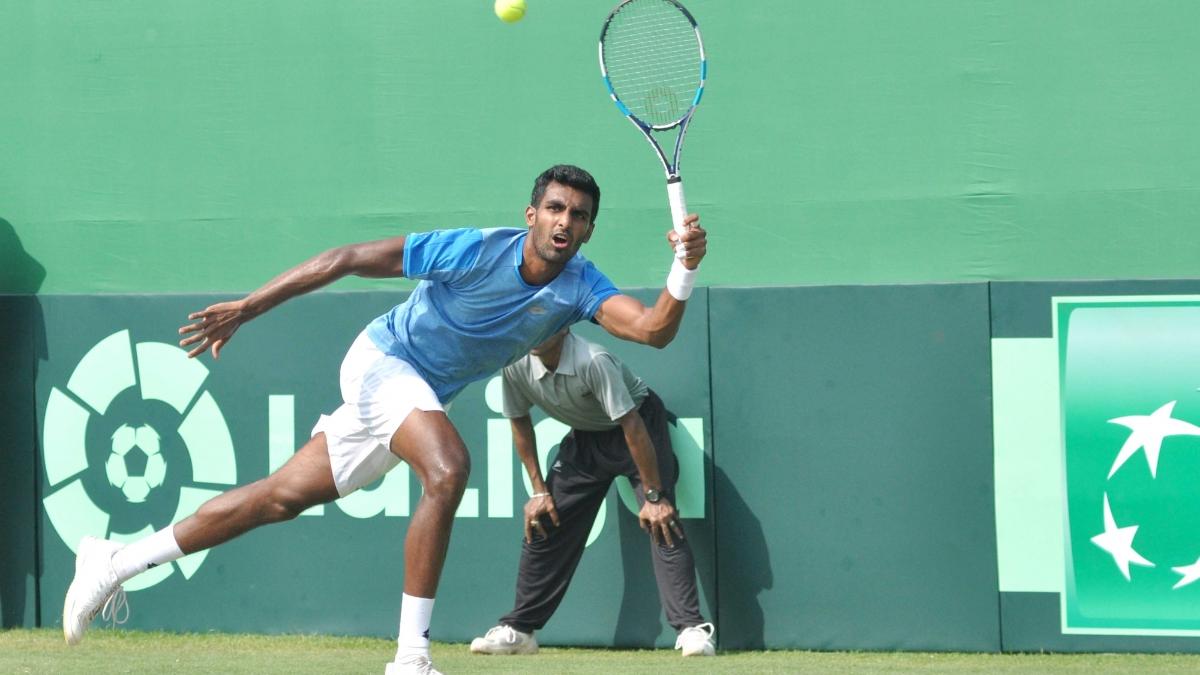 Indian player Prajnesh was able to take advantage of only one of the six break points during the match which lasted for an hour and 30 minutes, while he saved six of the eight break points against him. Prajnesh said after the match that it was a close match, and he got a lot of opportunities, but he could not take advantage of them. He further said that he made a lot of mistakes during the course of the game. He added that he was aggressive and tried to attack, which was the only positive in today’s match. Prajnesh was also disappointed as he said he could not unleash his favorite shot. He said he failed to do so as he has not recovered completely from his wrist injury. Prajnesh said that he made a good comeback from the breakdown in the second set, but he needed his forehand back in its original shape. Prajnesh further talking about the match said that he made a lot of mistakes as he felt he was playing flat, and he needs to work on it.


Earlier, Prajnesh had advanced into the second round after he overcame wild card holder local player Jason Kubler 7-5, 6-3 in the first round. While Ramkumar Ramanathan was knocked out of the tournament, after losing in the first round. He was pinned 6-3 2-6 3-6 by Finland’s Emil Ruusuvuori in one hour and 27 minutes.